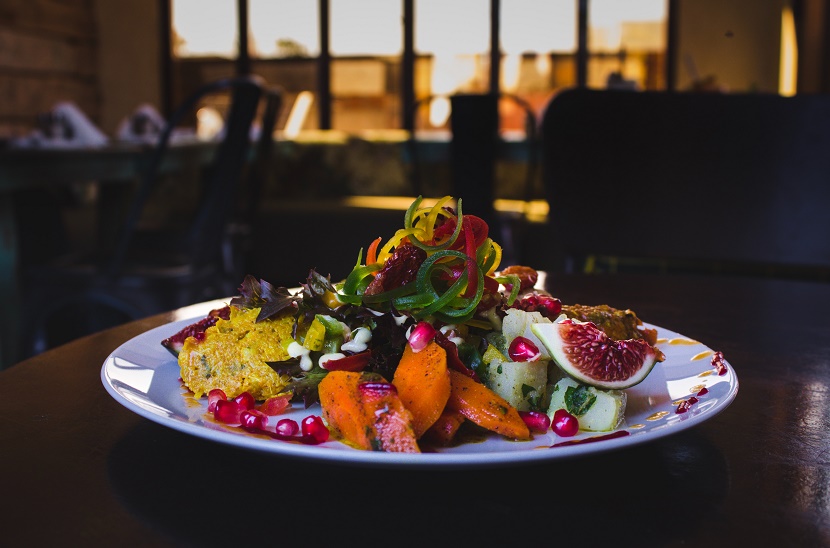 In this episode, the doyenne of the South African wine industry Carrie Adams speaks to Adrian Short, the CEO of By Word of Mouth. The catering company was started by Short’s wife, Karen, in 1993 and continues to shine as one of the finest catering (and catering related) companies in South Africa. Adrian joined Carrie’s Corner to talk about the company’s humble beginnings and how Karen pushed the envelope, revolutionising home catering in South Africa. – Jarryd Neves

CEO Adrian Short on the beginnings of By Word of Mouth:

Karen started when she came back from London in 1993. She had always had an obsessive interest in food and all things food related. She came back from London after having worked at a catering company over there. If you remember that time in ’93, the South African market was starting to open up and in ’94, there were the elections. People tend to forget what it was like in those days. But our normal canapé was a samosa with an egg sandwich and maybe a sausage roll. Karen came back with all these wonderful ideas – sun-dried tomatoes, for example – and pushed the palate quite a lot in those early days.

All the food that was actually presented to those parties in those days was completely different. South Africans hadn’t seen it. She got involved, particularly in the IT section – catering for IBM, Dimension Data and the like. Some of the banks, the JSE companies – when they were still in Johannesburg Central – and so, as a one man band, she started to cause a revolution.

On leaving Dimension Data and joining Karen at By Word of Mouth:

I left, yes. I remeber reading a Harvard Business Review and it said you need to leave the cocoon to become a butterfly. I had spent, I think, close to 10 years at Dimension Data and I was quite ready to to move on. Karen had – at that time we were living together – the kitchen in her garage in Parkview. I left and started to help her. Karen is very creative, so anything that’s not creative – she’s not keen on it at all.

I kind of just helped her in all those areas – HR, accounting, finance – anything that I could just add value with, while I continued to look for another job, to be honest. I got in more involved to a point where, in 2003, I joined her full-time.

On joining By Word of Mouth:

In 2003. I’d left Dimension Data in 2002 [and] joined Karen in January 2003. By that time, we had moved her business next door to the police station in Parkview. We learned a couple of lessons in terms of zoning and what you were allowed to do. By then, we had moved out and there must have been a complement of about 15 people – from scullery to chefs. We got married in December 1998. I continued to work at Dimension Data and only joined her 2003.

On changing the catering landscape in South Africa:

This is completely different. Don’t forget, the backdrop to those days was a very hedonistic and economic climate that was on the boom. It was against an economic backdrop that was certainly on a growth trajectory. People were celebrating, they were out, trying outdo other people. It was really doing well. There were definitely celebrations and year-end parties. It was on a solid trajectory up. I mean, there were year-end parties of 2000 people plus.

On Frozen For You:

Frozen For You is a home meal replacement where the trend nowadays is that people don’t want to – or don’t know how to – cook and they are living very hectic lives. If you’re doing waterpolo with your kids at school and then have to get back to do homework and cook a meal, you really do need some great food that you can cook quickly.

This is not new – and fast food is not new – but in terms of a home meal that’s wholesome like your mother or your granny would cook, is what we’ve been targeting. We don’t have colouring agents, stabilising agents or any of those horrible things.

You’ve got to wonder how long some of these frozen products stay at ambient temperature for a shelf life of two weeks. We’ve used frozen as the new fresh. Where cryogenically, you can actually freeze something and then reconstitute it. People can put it straight into the oven or defrost it and actually cook it, and it’s done quickly – but it’s a wholesome, delicious and reasonably priced meal.