The nuclear energy bill – just like the crooked arms deal – is symptomatic of South Africa’s new era of kleptocracy where the future interests of the country are sacrificed on the altar of greed and self-interest. That’s the argument eloquently put forward below. When two of our most influential politicians, Zuma and Energy Minister Tina Joemat-Pettersson told us the controversial nuclear deal with Russia was on ice, too many of us exhaled. Subconsciously, we seemed to interpret that as meaning this crazy deal had been consigned to the perma-frost. Not so. Mike McWilliams takes a retrospective page through the history books to discover what selfless leadership in South Africa could look like. The juxtaposition of this with the work and pay (off) ethic of too many of our current politicians is a powerful reminder of how far we’ve strayed from ethical, people-centred governance. – Chris Bateman

The latest attempt by our kleptocratic leadership to export the countries wealth, by means of a Nuclear Power Deal, for the next thirty years, to Russia, prompts any thinking South Africans to begin evaluating this catastrophic decision in global terms.

Imagine a South Africa ruled by selfless leaders who had only the wellbeing of the country and its neighbors at heart.

In re-reading a book recently called Top Hat to Velskoen by Major the Hon. Piet van der Byl who served in parliament for 37 years and was a cabinet minister for 9, I was struck by the quality of person we had leading us in those days and the uncompromising honesty and self sacrifice those people displayed in their public lives.

Piet van der Byl was a Cape sheep farmer who was asked by his Prime Minister, Jan Smuts, to serve as Minister without Portfolio for a year or two. Smuts explained that there would unfortunately not be any money forthcoming to fund this post because the budget would not allow it.

Despite the financial insecurity of being a sheep farmer and working full-time as an unpaid Cabinet Minister, Piet van der Byl accepted the job and served his Party and the country with distinction, without pay, not even travel expenses.

It is beyond the wildest of imaginings that anyone, neither Head of State, nor Cabinet Minister today would even consider a similar situation a possibility.

Perhaps it is unrealistic to expect this kind of dedication, but that kind of person is the type that made this country great, a powerhouse in the region and a voice respected around the world.

South Africa had the opportunity to again be great with the emergence of the universally respected Nelson Mandela. Unfortunately, his reign was brief and his successors had nothing but their own aggrandizement and wealth in mind when they took over the reins from him.

The quality of person in the ANC is simply not of the standard a country needs to survive the slings and arrows of outrageous fortune, never mind compete with the developed world in any significant way. 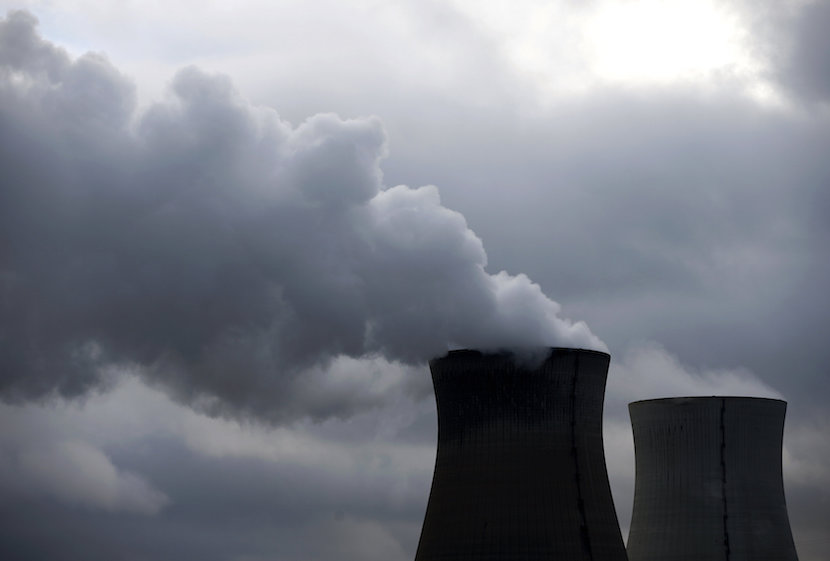 Old Comrades in the ANC tell us that the Old Guard was made of much sterner stuff and this may in fact be so. Unfortunately, the only way people can be truly tested is when they have gained power and have their hands on the cheque-book. The Old Guard was never tested this way, so their financial legacies are spotless even if their morality could be in question.

It is however difficult to imagine Chris Hani still living in Dawn Park, Boksburg and driving a Toyota, if he were alive today.

The last time South Africa had anything like a statesman was Mandela, but if the truth were told, he did very little for the country internationally, apart from gracing it with his immense presence.  Mandela allowed the disgrace of continued Mugabe rule to fester to our north and even though he married Samora Machel’s widow, didn’t seem to make life any easier for our Eastern neighbor Mozambique. Namibia was left to its own devices so the great goodwill bonus of Democracy that South Africa enjoyed at the time was squandered during the short period of feel-good the country enjoyed before the serious looting began.

Mbeki aided and abetted the rape of Zimbabwe by denying the crisis there and he also turned his back on our other neighbors, foisting upon them the laughable African Peer Review system that died a sudden death when the Mbeki regime itself was rated very badly when their turn came. His thoughts on HIV-Aids needs no discussion here.

Zuma has been totally preoccupied with only two things since his elevation to President. Staying out of jail and getting as rich as possible while doing so. The rest of the world does not even feature on his To Do list unless it is to make friends with the most unsavory leaders he can find.

The point in all this retrospection is to contrast what has happened with what could have happened, had we had leadership that concerned itself with the wellbeing of the country, its people and its neighbors.

Consider the latest swindle concocted by the Zuma regime.

In deranged disregard for any fiscal prudence, the cabal of Zuma, Joemat-Pettersson and the Gupta’s propose to sell the countries future financial stability to the Russians for a tawdry self-enrichment kickback which, knowing our President and his weakness for numbers, will be a tiny part of the profit made by the foreign partners to the deal.

Not only will the proposed deal beggar the South African economy for decades,  it will delay the provision of additional electricity to the grid by years too. The Russians are renowned both for cost and time overruns.

Because they have a captive customer, due to the ongoing corrupt kickbacks that are undoubtedly sewn into the deal, the Russians will not be put under any pressure to meet deadlines or financial expectations. In the same way as the Medupi shambles is continually brushed under the carpet to protect the corrupt Hitachi- Chancellor House theft, so will any deal between Russia and the Zuma cabal shrug off all criticism.

What is worse is that corrupt deals are always prone to re-negotiation of the price half-way through the build. Once a project is half-built, using proprietary technology, it is wide open to blackmail. The Russian can threaten to simply walk off site if new demands are not complied with. This is how costs escalate to many times the budgeted estimate when corrupt deals are done.

Besides the inadvisability of asking the people who brought their own country Chernobyl, the reasons for investing in non-nuclear power are legion.

The plummeting price of solar energy and the advances made in the design of storage batteries should make Solar Power a no-brainer in a country notorious for too little rain and too much sun.

What would a Statesman do?

A Statesman would examine the problem and ask himself and his well-qualified Cabinet, what the alternatives are and what the advantages may be for his countrymen and for his neighbors.

A well-briefed statesman would opt for a solution that would best serve the country in both efficacy and cost.

Naturally, solar energy would top the list, followed closely by wind-power because both require no fuel, only maintenance. This would also mean many jobs created in the manufacturing of renewable energy systems and the maintenance thereof.

Second on the list would almost certainly be Electrical Generation by Natural Gas.

Two of our immediate neighbours, Namibia and Mozambique, have discovered some of the world’s riches Natural Gas deposits near our borders.

The benefits of choosing this as one of our primary energy sources are many. The jobs created to construct pipelines and generating plants would revive the economy. Instead of exporting all our capital to Russia, to create jobs there, we would be doing it for ourselves.

Long-term supply contracts with our neighbours would assure them of an ongoing and profitable market for their gas while SA’s energy security would be enhanced by not having to rely on foreign expertise to run our generating capacity. Gas fired generators are even easier and much cleaner than coal to operate.

The benefits of good-neighbourliness and local industrial development would transform the sub-continent.

A wide-awake cabinet would inform the President that generating plant is available in Germany at bargain basement prices. Germany is phasing out many of their Natural Gas Generating plants and these can be bought cheaply. Being German plants, one can be assured that they have been properly maintained and are in good working condition. Buying some of these plants would minimize the catastrophic build quality that Medupi and Kusile coal-powered stations suffered.

The German option is a plug and play solution that, while minimizing Chancellor House type opportunities, would be quick and cheap to install.

Another benefit of concentrating on Natural Gas Power-Generation, is the imminent windfall of the production of Shale Gas in the Karoo.

If the Karoo were to become a significant Methane source, this gas would supplement that obtained from our neighbours and provide the country with an alternative source if natural or political upheaval disrupts the supply from Namibia or Mozambique.

Must we go to court to force our leaders to be Statesmen?

It seems our government have to be forced into making good decisions by means of the court.

This decision, one of the most important ever taken by the ANC, must not be allowed to degenerate into an unexamined scam like the sale of the entire countries fuel reserves by the same gangsters involved here.

The wellbeing of the whole sub-continent is at stake here. We cannot afford to let this scam slip through the wide cracks in the ANC’s pavement.

Every impediment, both legal and political must be shouldered into the path of the passing of the bill advocating the nuclear power option. Already there are strong signs of corruption in the awarding of politically connected consultants who wouldn’t know an atom from their elbows.

Shantan Reddy, the son of flamboyant businessman Vivian Reddy, was the recipient of a R171m contract by the department of energy. The contract appears to be the first transaction in the multi-billion rand nuclear deal, despite earlier assertions Energy Minister Tina Joemat-Pettersson that South Africa has not yet entered into any such a deal.

This type of chicanery cannot be allowed to continue.

Litigate a moral government for ourselves.

If we don’t have a statesman at the helm, we need to litigate on for ourselves.

The Russians also need to be told in no uncertain terms, that any contracts with Rosatom will be repudiated immediately a change of government occurs.

Then the decision needs to be tied up in court after court until the electorate has the opportunity to rid itself of the ticks that have become bigger than the dog.