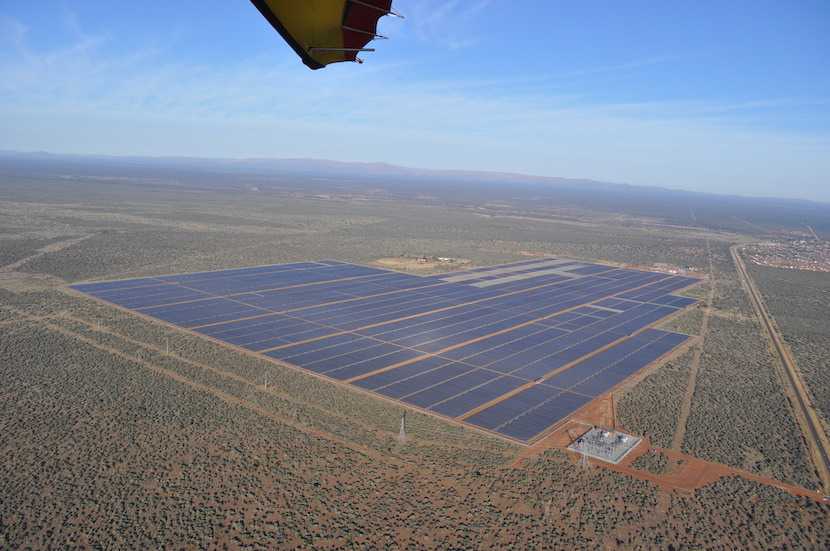 Sometimes backwaters are where the biggest fish lie. That I happen to know this via a personal experience in the Lesotho mountains is both besides the point and a segue to this story. Rural areas in South Africa are ripe for the best that a combination of power-generation and blockchain technology can provide, in fact better-set than highly populated, regulated First World Countries. Next time you pity a poor rural hut-dweller priming a paraffin stove, know this; they could soon be trading solar power for state services while using the new-found source of utility to pay for itself. Researcher Thomas Thurner of the Cape Peninsula University of Technology outlines how powerless rural South African households could become the rock-bed of a technological revolution, feeding the national grid in return for trade-able vouchers. Emergent technologies such as Blockchain, could do away with Eskom entirely, using crypto-currency to buy and sell the electricity you generate. In the West, deeply integrated electricity markets and legal systems could take 25 years to shift. Countries which have populations not connected to the electric grid, could make the transition to decentralised electricity markets far quicker, much like the massive diffusion of mobile phones. – Chris Bateman

The way energy is produced and distributed is changing rapidly as the industry moves away from carbon-based energy production. Technological development in the production of alternative energy has also speeded up the emergence of decentralised systems. These build on large numbers of actors who generate small quantities of energy.

But for a decentralised system to be sustainable, a flexible grid is required to accommodate variable renewable energy sources. A flexible grid also enables operators of the electricity system to balance demand and supply.

A decentralised energy system also requires an exchange mechanism to link buyers and sellers. In South Africa, the state utility Eskom currently fulfils this role. It effectively acts as a central clearing house. It does this by buying electricity from renewable power projects, adding it to its own generated energy and selling it to consumers.

Read also: The cheapest, fastest way to fix SA’s electricity crisis is in our backyards – expert

But there are technologies being developed that could do away with the need for a clearing house like this. One is a distributed ledger technology, of which blockchain is an example. The use of this technology would allow small-scale transactions between buyers and sellers to be captured and recorded. In this way, it could facilitate the development of small-scale electricity trading markets.

Blockchain has been identified as one of the pivotal technologies alongside Artificial intelligence, Internet of things and Big Data. Interest in applying the blockchain technology to energy markets is slowly picking up.

In South Africa 15.6% of the households are not connected to an electricity supply. This is unlikely to change in the near future with centralised power production because it requires major investments to extend power lines to remote communities. For these communities, having their own decentralised grid solutions holds tremendous economic potential.

The good news is that South Africa is one of the most suitable places to harness the energy of the sun and convert it to electricity through photovoltaics. The prices for panels have reduced significantly and can be mounted on every shack. Individual storage solutions in contrast are currently unaffordable. So, the ability to sell excess electricity would be ideal.

These trades can be recorded by the blockchain. The exchange mechanism would not be based on South African rands. Instead, the traded electricity units would be converted directly into a blockchain-based crypto-currency. The blockchain currency could then be converted into vouchers to pay for government services or to repay the loans taken to install the photovoltaic panels.

In this way blockchain would replace both the current billing and the trading systems. If households see the economic benefit and start installing more capacity than needed by the immediate community, aggregators might bundle up the power generation to respond to demand and sell it again directly to other consumers. These consumers could include nearby factories.

For photovoltaic to contribute to the grid security, PV plants must be run by operating systems that allow for better interaction with the electricity grid. They must be able to interact with other renewable energy sources and storage systems. Despite considerable process, these required systems are still under development.

If South Africa positions itself well, it could become a test bed for these technologies and thereby benefit from investments in research and development by major international corporations that have an interest in driving these trial runs.

The integration of distributed ledger technologies into energy trading would be a logical next step for South Africa. Already in 2011, the National Energy Regulator of South Africa allowed municipalities to connect to their networks small-scale embedded generation of under 100 kW. Two years later, the updated integrated resource plan stressed the need for adaptive energy investments. In particular, rooftop solar PV was identified as an interesting source of energy.

Developing countries have an advantage

The move to a decentralised electricity market with distributed ledger blockchain technology at its core will take much longer in the West. By some estimates as long as 25 years. This is because of their deeply integrated electricity markets and legal systems that can’t be changed easily to create the necessary environment. Nevertheless, interest in attractive reward systems for individual producers is also rising in Europe.

On the other hand developing countries might have an advantage. Countries, including South Africa, which have sections of their populations not connected to the electric grid, could make the transition to decentralised electricity markets much quicker.

This points to the possibility that the distributed ledger technologies might follow the same path as the diffusion of mobile phones across the African continent. This would enable ways for alternative energy technologies to leapfrog the expensive centralised grid systems.

But the transition to decentralised electricity production and trading markets won’t necessarily be smooth. One of the biggest challenges in getting blockchain applications up and running is trust. In most countries consumers have already built trust in the centralised institutions. Not so in South Africa where trust in Eskom is in negative territory. Given this state of affairs, the country could take advantage of the power utility’s challenge by increasing the use of technology in the rural areas and so turning sunshine into income.