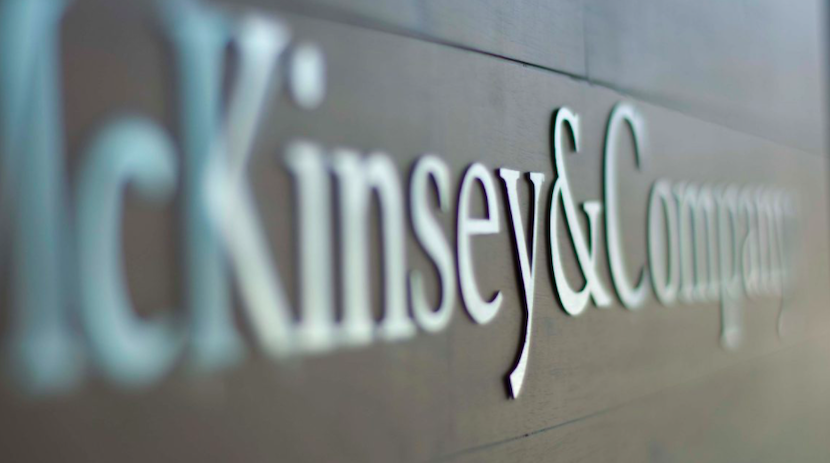 The UK’s Public Health England was scrapped earlier this month after it was blamed for the UK’s disastrous handling of the Covid-19 pandemic. Replacing it is the National Institute for Health Protection, which will deal with pandemics, assist doctors, strengthen public health, and manage coronavirus tracing. In a new contract, US consultancy firm McKinsey was paid more than half a million pounds by the Department of Health and Social Care to determine the new pandemic body’s “vision, purpose and narrative”. It surfaced recently that Dido Harding, a former consultant at McKinsey, has been appointed to run the new body. As always, Simon Lincoln Reader delights us with his no-holds-barred commentary on current affairs. – Claire Badenhorst

The ghost of Vikas Sagar, the oily Gupta sleeper formerly employed by McKinsey, appeared in London last week. It wasn’t spotted in the shadows of the city, rather in the secret but well-trodden, foul-smelling corridor linking Whitehall to the private sector – revealed by the Financial Times: “McKinsey earnt £560,000 for giving ‘vision’ to new English pandemic body”.

The downfall of the PHE

The ‘new’ English pandemic body, the National Institute for Health Protection, is actually just the old one, until recently known as Public Health England (PHE). And of all the most useless organisations I have ever encountered, from Tina Joemat-Pettersson’s Department of Agriculture, Forestry and Fisheries to Oxfam and its activist pederasts, none come close to PHE.

For the most part its existence PHE was led by Duncan Selbie, a man so unfortunate that the media had to inform his organisation it was about to be scrapped. Under Selbie – pedantic, emphatic but revered by generations who know only health and safety over-reach – PHE became a cross between a voyeur and a snitch, constantly badgering the public with small problems, like salt quantities in chicken jalfrezis, clearly ill-equipped to address big ones.

Read also: SLR: This is why the Rupert Murdoch series is grossly biased

So when Covid-19 arrived, it eviscerated the body. PHE’s charter stated the organisation’s primary function was to protect the country against infectious diseases by providing “an integrated surveillance system” and “diagnostic and reference microbiology”. Whatever this means, PHE clearly did not understand it, and it failed. It failed to roll out the diagnostic tests and it failed to respond to offers from bristling entrepreneurs embarrassed that a tax-funded body could fumble so cluelessly in its hour of need. Just before it was binned, it failed again: the last thing it did before it died was to exaggerate daily death statistics.

At this point the British government should have razed PHE to the ground, sprayed the ashes with ammonia, poisoned the wells and salted the earth.

It just gave PHE a new name and retained the same staff – with the exception of Selbie, who has been put out to pasture somewhere.

Worse was still to come. Selbie’s replacement was Dido Harding, or Baroness Harding. Like Selbie, Harding suffered a shocker of a Covid as the head of the ill-fated track and trace project. Before that, it wasn’t much better – she was CEO of mobile network TalkTalk where she presided over i) one of the greatest security breaches in UK corporate history, ii) a senior staff walkout and iii) a 10% depreciation of the share price. Selbie at least had some experience working in hospitals; around the same time, Harding was a jockey.

Then she leapt off her horse and went to work for… McKinsey, of course.

This episode resembles the same oinking and gorging the Free State Legislature is renowned for – the only difference being oak-panelled walls and the occasional appearance of an obligatory title or Church’s brogues (its also unlikely that a highly valuable painting will go missing from its place on the wall). McKinsey will argue that they have done nothing wrong – the same defence they offered for Eskom – but its hard, if not impossible here, to distinguish cronyism or jobsworths cum jobs-for-pals from real work, and parasitic saturation from genuine supply and demand. PHE’s own history has concluded there is no legitimate requirement for an organisation of its nature – let alone a half a million pound ‘vision’ –  composed, no doubt, in that typical management consultant / Mitt Romney code – that is to say, rhythmic, digit-punctuated bullshit.

Cronyism is capitalism’s great shame. Whereas in South Africa, corruption, as revealed by the recent PPE scandal, appears to be an ANC addiction, in the UK cronyism is a rite of passage, the graduation through the corridor from the civil service to a multinational woke blob. It took the Covid pandemic to grasp the severity of Huawei’s grip on the country, cheerfully enabled by former government employees now ensconced in extravagantly remunerated advisory positions.

How cronyism has escaped the sanction corruption can’t has been achieved perhaps by clever semantics. The McKinsey incident should be deeply embarrassing for a Conservative government but macabrely reassuring (if not familiar) for despairing for South Africans. We all remember the sound of Duduzane Zuma’s semi-Afrikaans yet unconvincing pleas of innocence, the faces of the three brothers from Saxonwold and their trainwreck of a legacy. Then we cast our mind back to April 2010, to Matt Taibbi’s vampire squid comparison to Goldman Sachs and we remember that cronyism and corruption are just different locations on the same expedition, where you encounter the same people.