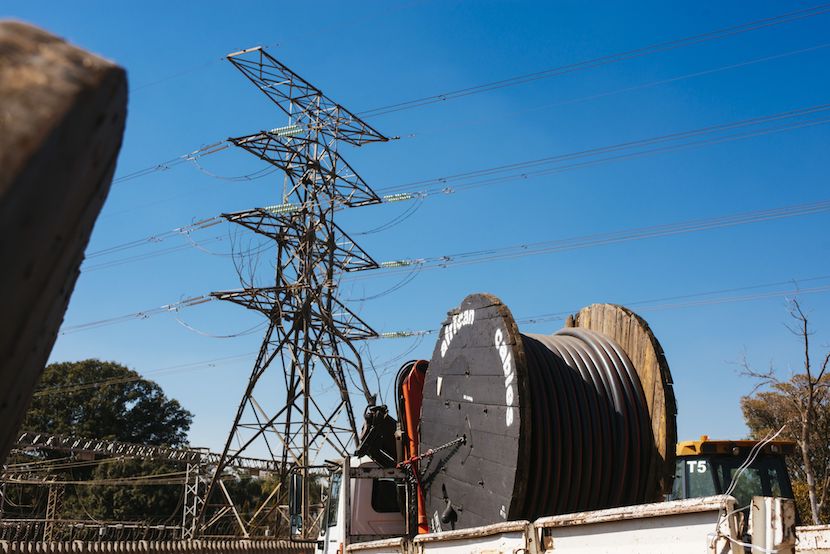 The state power utility Eskom says it is working to make itself more attractive to consumers. Those who can afford it have started to turn to renewable and off-grid power alternatives. After decades of unreliable power supply homes and businesses have become self sufficient, where they can. South Africa’s sunny climate means that a solar kit is often a more consistent power provider than Eskom. An ailing grid and grim forecasts by energy experts has South Africans reconsidering their reliance on government systems. Eskom is proposing changes to its tariffs which would use  a ‘carrot and stick’ approach to solve the ‘problem’ of South Africans generating their own power with solar panels. It hopes to prove that users are mistaken in thinking that solar generation is cheaper than being connected to the grid- by increasing the fixed costs of being connected to the grid. MyBroadband outlines the SOE’s proposals. – Melani Nathan

(MyBroadband) – Eskom presented its new plans for electricity tariffs to the National Energy Regulator of South Africa on Tuesday, outlining the new electricity price structure it wants to implement.

The power utility’s new retail tariffs propose significant changes for electricity users across South Africa, with specific measures implemented to prevent the loss of revenue from South Africans using solar panels to generate their own electricity.

One of Eskom’s proposed measures is the splitting of energy tariffs into fixed and variable costs, which would make Eskom more attractive when compared to alternate energy sources like solar power, it said.

Energy costs, which include Eskom generation plus Independent Power Producers (IPPs) are recovered through c/kWh charges.

Network costs, which include transmission lines, distribution lines and transformer costs, are largely fixed in nature.

However, these network costs are currently also recovered through variable (c/kWh) and fixed (R/kVA and R/Customer) charges.

Eskom has proposed that South Africans are charged a split tariff, comprising a volumetric energy usage charge and a fixed daily network charge which is independent of usage.

This would lead to solar panel users paying more than before, as they would need to pay daily fixed costs to Eskom to be connected to the grid even if they are using their own power.

Read also: A Code Red at the hands of Eskom

In its presentation to Nersa, Eskom cited the problems caused by South Africans who are generating their own electricity using solar power at home.

South Africans who use solar power systems generate most of their electricity during the day, which Eskom argues forces it to ramp up at a faster rate to meet evening demand.

This has a significant negative effect on the power system, Eskom said.

Eskom has also reiterated that its current tariffs do not reflect the costs required to run the national grid and supply customers with power.

The power utility previously made this case in 2019, and it has repeated its argument this week, stating that its current tariff structure has caused South Africans to falsely believe solar generation is much cheaper.

Eskom has argued that its tariffs have created a “falsely attractive business case for own generation”.

By splitting its tariffs into fixed and variable costs for the consumer, solar power customers will still need to pay the fixed cost regardless of their usage, and their solar power system would not save them nearly as much money.

Eskom has also said it wants to move away from Incline Block Tariff (IBT) pricing, which sees South Africans being charged more for electricity the more they use it.

This change would be good news for heavy electricity users, who would see a reduction in their monthly bill, but lower users would see a relative increase instead.

Energy expert Stephen Labson told SABC News that the idea behind IBT is to incentivise lower use of electricity, but Eskom has noted that customers do not really change usage patterns based on the cost of electricity.

Labson added that reading between the lines of Eskom’s tariff proposal, Eskom’s allusion to competing with solar power and other renewables is telling of a strategy to compete with these alternate energy sources.

He said Eskom is on a different competitive footing compared to incoming own-generation by consumers and businesses, adding that Eskom’s lowering of prices for heavy users through the discontinuation of IBT would make it more competitive.

During its presentation to Nersa, Eskom assured the regulator that it was not anti-renewable and that its electricity tariffs need to be adjusted to better reflect the true fixed or network costs of connection to the grid, not to prevent the usage of solar panels and other renewable solutions.