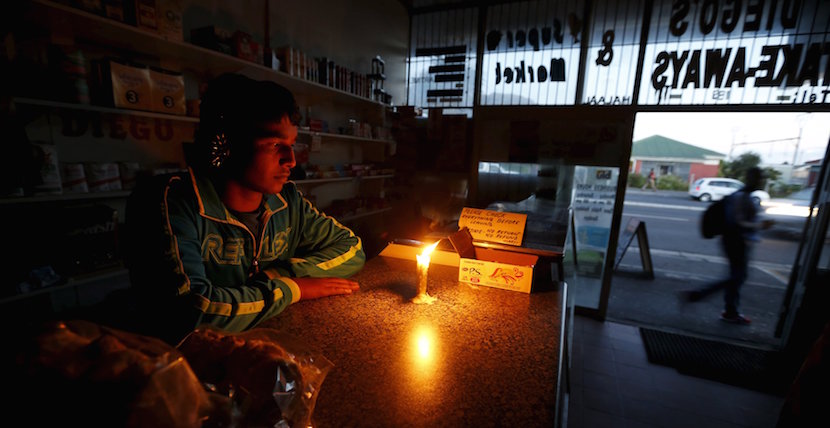 Eskom can only muster just over 27,000MW capacity at the moment while peak demand on Monday is estimated to be almost 32,000MW, resulting in the continuation of various stages of loadshedding throughout much of the week to come.

Eskom CEO Andre de Ruyter says: ‘The total unavailable megawatts is in the order of 19,417MW. At the moment we have 5,883MW at risk because we are operating with known defects which may cause the units to trip. So the risk remains high. The system is unreliable and unpredictable. This is why we are currently in loadshedding stage 4.

“If all our units return as planned we intend to lift loadshedding for the [upcoming] weekend to stage 2. Unfortunately due to the unlawful strike, we have suffered significant backlogs in maintenance and have had to operate the plants under conditions which are less than ideal. We will therefore take a number of weeks to recover from the strike.”

De Ruyter announced that Koeberg Unit 2 is due to come back into operation at the end of July, adding an additional 920MW to the grid to assist with stabilising the system.

With stage 4 loadshedding estimated to be costing the South African economy up to R2bn a day, De Ruyter says the power utility is seeking to augment its existing capacity by “adding power to the grid by whatever means possible” as quickly as possible.

Through a series of 18 land lease agreements in Mpumalanga, 1,800MW will be added to the grid from renewables, “taking advantage of the registration relaxation for plants less than 100MW. This is all renewable energy [generated on Eskom land with independents paying to lease parcels of land]. And we will make available a further 2,000ha of land for similar leases by August. We anticipate this will add another 220MW.

“We have identified further parcels of land with existing grid access that we will be making available to the tune of some 30,000ha [in the Northern Cape, Eastern Cape, Free State]. These will be released in phases. We are currently targeting quarterly releases in order to allow for IPPS to get themselves in gear,” says De Ruyter.

The power utility has worked to streamline grid access protocols for independent power producers (IPPs) to feed power to the grid from an initial 210 to 105 days.

In his newsletter President Cyril Ramaphosa wrote that severe load shedding has disrupted our economy and further exacerbated hardships already being felt by all. He says South Africans have a right to be frustrated and angry.

“The agreement reached between Eskom and labour unions will enable critical repairs and return additional units to operation. The transmission line from Cahora Bassa in Mozambique has been restored, adding 600MW to the grid, and Medupi Unit 6 returned to service on Saturday, adding another 720MW. Additional units will come back online during the coming week, further easing the current shortfall.

“At the same time, law enforcement agencies are working hard to tackle sabotage, theft and fraud at Eskom to address the threat that these criminal actions pose to the electricity system. In the end, the bottom line is that we need to add more capacity to the grid,” says the President.

A comprehensive set of actions to tackle loadshedding will be communicated to the nation in the coming days, wrote Ramaphosa.