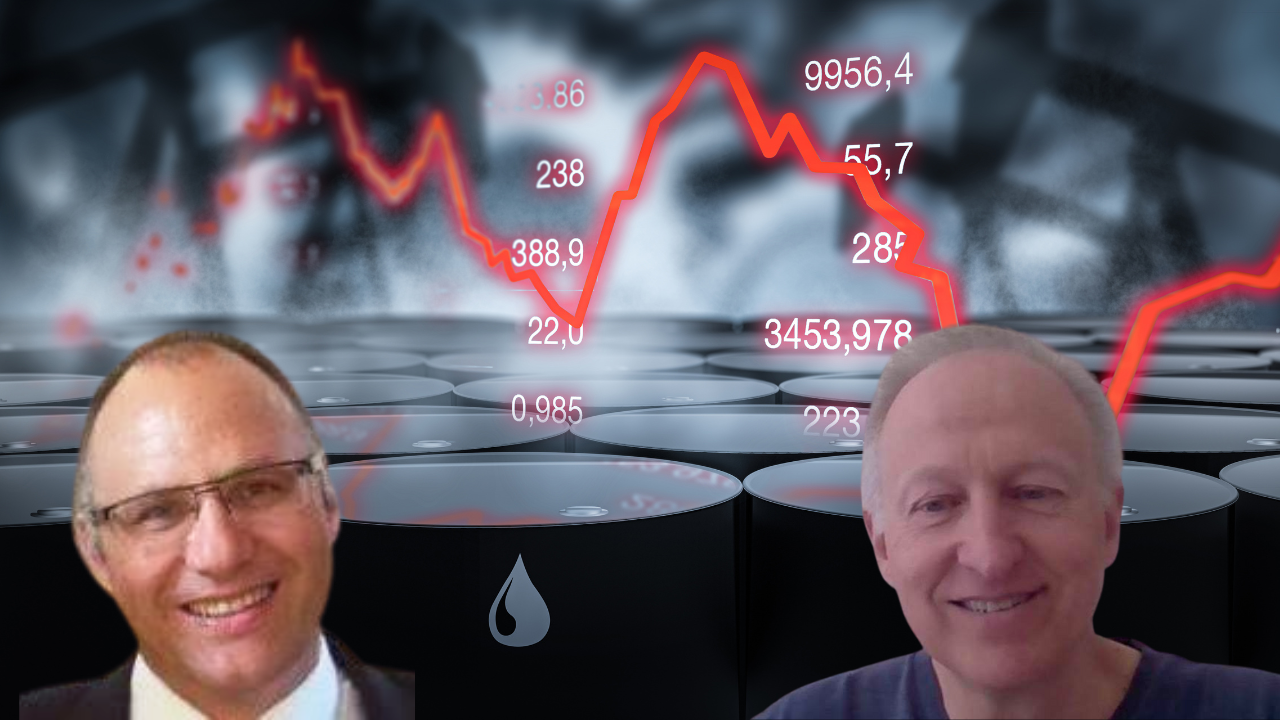 The energy department’s recent announcement that it plans to deregulate the fuel price by imposing a price cap on 93 octane petrol could have a major unintended consequence. If the price of fuel exceeds the market cap, there is no incentive to import or produce the product at a loss. In extreme situations this could lead to pumps running dry. In a broad-ranging interview, BizNews spoke to Justus van der Spuy and Enrico Ganter, executive directors at Capital Energy Resources, about market forces driving high oil prices, and the state of South Africa’s strategic petroleum reserve. They also shed light on where Russia’s crude is going as Europe looks to wean itself off that country’s oil and gas in the wake of their invasion of Ukraine. – Michael Appel

We don’t know which transactions might have been agreed or concluded in the background, but as far as we know, the oil was still there. And given that the current oil market exhibits a backward structure, in other words, current oil prices are much higher than for the future oil prices. If somebody had bought that oil, they wouldn’t be keeping it stored in Saldanha Bay because you simply lose value by holding onto it. So perhaps something was contributed. Perhaps not. You know, I’d like to think that we had also at the time written to the DOE and suggested that concluding oil swaps was a more nuanced and continuing value greater than not selling the silverware, so to speak. So we know the oil is still there. We believe the oil is still there, but we don’t know whether something has been transacted.

In simple terms, when energy markets exhibit the current oil price structure, which is where as you go forward in time, oil prices that you would contract today are progressively lower. It simply means that if you are sitting on oil in inventory, as South Africa does by virtue of its strategic stockpile, that if you were to release a barrel of oil today at a quoted $105 just for our numbers and lend it to somebody or lease it to somebody, if you contracted to take re delivery of that loan of oil in, say, 12 months time, you would earn yourself anywhere between ten and $15 a barrel. Basically, without exposing yourself to what the price of oil might be in the future.

it’s dipped below and then gone above the hundred dollar level. And it’s a 10% variation at $205 or so, it doesn’t sound like a lot. It is obviously a lot in dollars per barrel. It’s varied, of course – Russia, the events in Ukraine are going to be very much news driven. So market perceptions of whether Russian crude will be replaced in the European refining system and where the other oil will come from. There’s also the fact that on the other side of the coin, we have interest rate increases. Central banks are announcing interest rate increases. So consumers who’ve become accustomed to, you know, historically low cost mortgages are having to fork out more money. So there’s also a question of demand destruction creeping in at these prices. You know, this is traditionally the northern hemisphere’s driving season. If you look at gasoline demand, you’ll see that driving activity is 38% below what it was a year ago. There is currently a buildup of gasoline inventories and because refineries are earning very good margins in the current market, they’re all running full tilt. So annual refinery maintenance is being delayed. We see all these factors combining to create growing inventories of refined petroleum products. And as markets read these factors, interest rates increase, and an element of demand destruction starts taking place at these prices. The oil price will obviously react, but then you might have another event. A missile being fired off in a particular direction changes the direction of an oil price for a few hours. So in this sort of situation, the daily fluctuations can be anywhere between four or $5 a barrel.

Enrico Ganter on long-term refining capacity not surviving in SA

I think in the past, you know, the industry negotiated with the government in terms of making the investments required just in terms of meeting the new fuel specifications and then negotiated with the government for mechanisms to claw back the investment. And that would generally be passed on to the motorists. But in these times, the last thing any government is going to do is increase the fuel price to pay for this kind of thing. It’s political suicide. And I think, you know, this upgrade, which has been spoken about for years now, they just haven’t made any progress on that front. So it’s unlikely to happen if you look at the various refineries to wind down – and Glencore is coming back on stream. According to them, the engine refinery, they’ve made the decision not to bring it back on stream and turn it into an import facility. And that’s the most common use for these refineries: turning them into import terminals, partly because the infrastructure is there, but partly because they would all have a very high remediation cost that would be crystallised if they ceased to operate within having to fix up the land. So they tend to just keep it on as storage.

On the statements politicians make about Russian crude oil

A political statement that really just doesn’t make any sense because, you know, like Iranian crude, any sanctioned crude, Venezuelan crude, the product, if it were to come into South Africa, would have to be handled by American companies – Shell or British BP or whatever. And even the South African company like Sasol is unlikely to touch any sanctioned crude. Sasol is heavily invested internationally and in America, so they’re not going to do anything silly like Glencore. Likewise, you know for our ministers to be saying that they can import product into South Africa and take advantage, they simply can’t unless they change the structure of the industry and nationalise the assets and, you know, go down the route people can do in India and China because, you know, the governments and the companies themselves are able to do it. But it’s not likely to happen in South Africa.

The US Department of Energy recently played with the same idea of reducing fuel levies and taxes to to relieve the pain for the consumer. But the conclusion the US Department of Energy came to was it’s not productive to do this, because you will be stimulating demand. And the last thing you need to do in the current environment is to be taking steps to stimulate demand, which a blanket reduction of taxes and levies would achieve. So they felt that, you know, maintaining and letting the market do its job would be the better way to go. And we see that, of course, with petroleum. Petrol demand in the US being down 35% already at some point, higher prices force a rethink, and consumers and companies change their behaviour. Of course if you’re a farmer and you have fields to plough, you might not have that much choice. But there are other ways of compensating those parties who have fewer choices.

Governments make these commitments, like the fuel levy and or putting a cap on prices. But these things have to be very well thought through because it’s very difficult for any government to take on market forces. This cap, I don’t know if it’s already been introduced in South Africa or if it’s just being discussed as it’s gone through Parliament now being tabled.

All I can say is if you look at the mess we’ve ended up with in the UK in terms of regulated gas prices, it’s not a dissimilar situation. So the government puts a cap, it says the price can’t exceed whatever. Basically it’s a political statement that kind of works if the cap is higher than the market price because you know in South Africa, the gasoline will flow as long as the cap is above the price. The moment the price goes over the cap, people will stop bringing gasoline in or producing it. So suddenly you have no fuel in the country because the cap won’t allow you to import fuel. Nobody’s going to import at a loss. And so you go from political rhetoric, where it has no impact at all is, you know, if the caps are higher than the market price that’s that low and they just make no impact. And if it’s below that, then, you’re going to run out of fuel in the country. So putting a cap in like that is just too simplistic. And what happens? They always then manage the price where it’s close to the cap, and what would happen in the UK is that the smaller companies, because they don’t hedge, aren’t able to manage the long-term supply around the price cap. And so the moment the market price exceeded the cap, they just went belly up and basically, people stopped supplying the gas.

Why today’s Wall Street buyers are on the money: US inflation had peaked, will fall to just 2% next year – Kevin Lings

Comair flew headlong into a perfect storm of problems