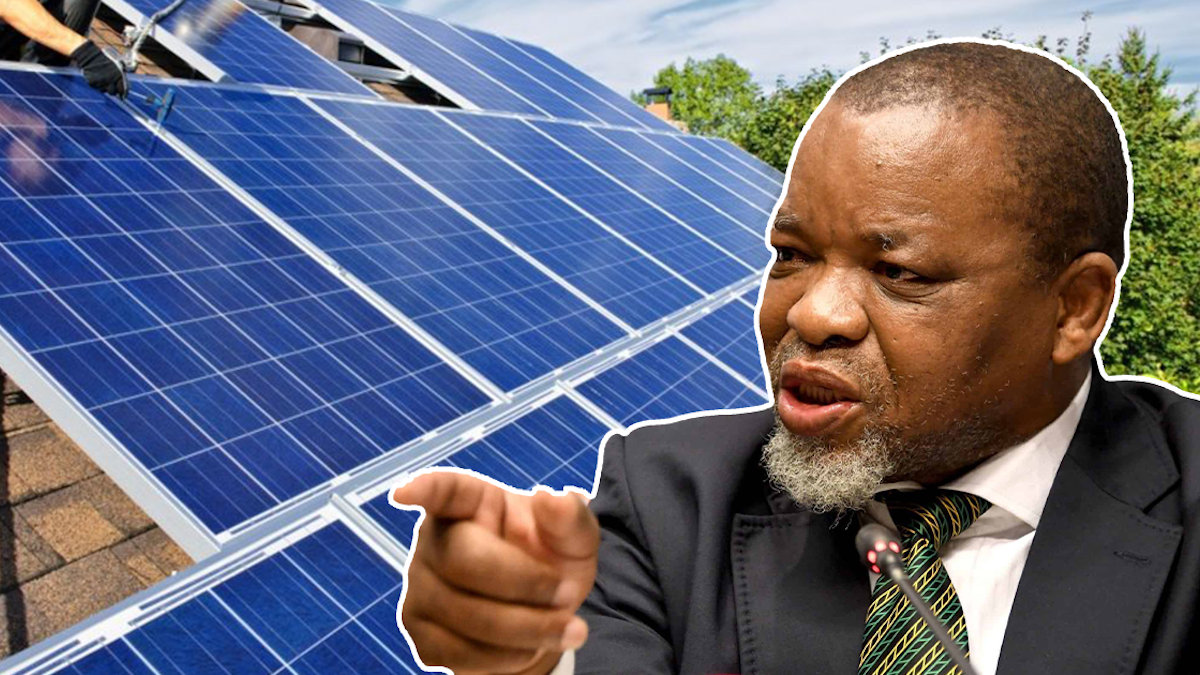 Eskom’s R938 tariff charge on solar users has laid bare the chaos that is currently prevailing in President Ramaphosa’s government over the energy front. The energy producer appears determined to punish homeowners and businesses who want to install solar systems as an alternative power source. This is regressive and negates every claim that the government has made about opening up the grid to independent power producers, writes the DA shadow minister for mineral resources. – Sandra Laurence

Eskom wants to charge you almost R1,000 for NOT using electricity

Eskom’s plan, through its latest tariff application to the National Energy Regulator of South Africa (NERSA), to require that on-grid solar users pay R938 per month even if they don’t use its electricity is extortionate and violates consumer rights.

Instead of incentivising small scale embedded generation to relieve pressure on the grid and alleviate loadshedding, Eskom appears determined to punish homeowners and businesses who want to install solar systems as an alternative power source. This is regressive and negates every claim that the government has said about opening up the grid to independent power producers.

Faced with the prospect of assured relegation to the fringes of South Africa’s electricity market, due to its own inefficiencies and moribund business model, Eskom now wants to hang on to its failing monopoly through consumer extortion.

The origin of this ill-thought extortionate idea can be traced to the doorstep of South Africa’s failing energy Minister, Gwede Mantashe. His latest fantasy for an Eskom 2.0 is clear evidence that he is unable to comprehend that any Eskom model, in whatever form, will not solve South Africa’s electricity crisis.

Eskom’s R938 tariff charge on solar users has laid bare the chaos that is currently prevailing in President Ramaphosa’s government on the energy front. Recently we were told that the National Planning Commission in the President’s Office recommended the opening up of the energy sector to renewable energy to solve the energy crisis. In fact, media reports indicate that this is exactly what Ramaphosa will announce in his measures to address the energy crisis. The question then, is how does the President and his government plan to accomplish this when they are making it extremely expensive to promote rooftop solar generation?

If Ramaphosa is serious about solving the loadshedding crisis in the shortest possible time, he would immediately reject this R938 extortion fee on solar users. Instead, solar installation incentives should be announced to ensure that more people are motivated to consider solar energy as an alternative to Eskom’s unreliable power supply.

Vietnam, a country which had previously been heavily dependent on coal for electricity generation, now has more than 101,000 rooftop installations on homes, offices and factories, creating a 25-fold increase in its solar generating capacity in just one year. This is what South Africa should be aiming for instead of the stale ideas put forward by Gwede Mantashe and his enablers.