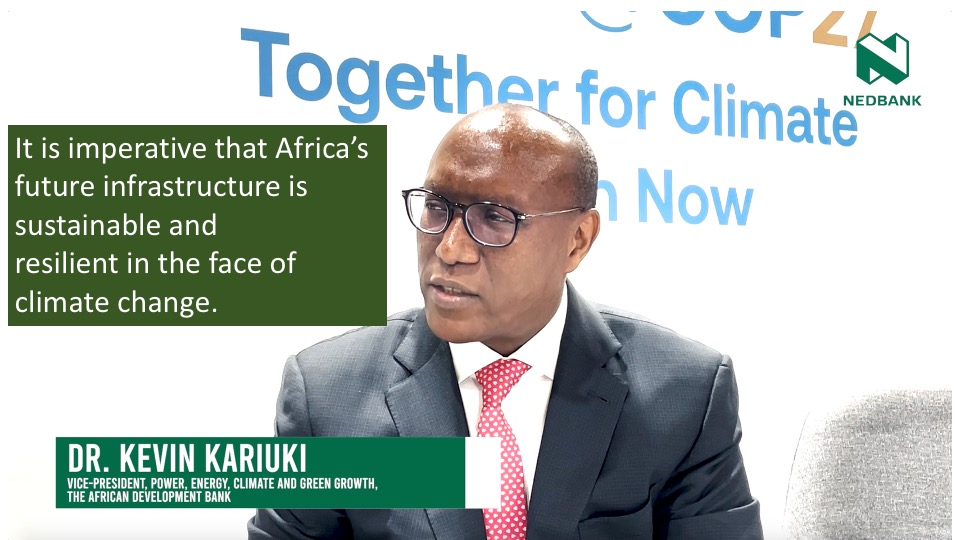 Excerpts from the interview with Kevin Kariuki, vice president for Power, Energy, Climate and Green Growth at the African Development Bank

My impression is that it has been a successful Africa COP, simply because, from a bank perspective, we have been able to introduce two very transformative initiatives. One is the Climate Action Window, intended to mobilise significant amounts of resources for ADF countries for purposes of addressing climate action in terms of adaptation and mitigation. Secondly, the event that we had this morning; the launch of the alliance for building infrastructure for Africa. We are confronted by a significant climate crisis and, therefore, it is imperative that our future infrastructure must be sustainable and resilient.

Private capital is indeed very efficient, so it does not help when you have a project that takes seven, eight or nine years to develop. What we need are investors who can build their power plant, build their infrastructure and start earning their return as soon as possible. So, the fact that we are almost guaranteeing we will be taking on projects in short timelines makes imminent sense. Africa has tremendous amounts of renewable energy sources, most of which remain untouched. For example, Africa has 40% of global solar power, amounting to 10 terawatts of capacity. We have 350 gigawatts of hydro of which less than 70% has been harnessed. Then we have geothermal of 50 gigawatts. All of this can anchor a low-carbon development trajectory for Africa. Africa’s climate change is locked in for the next 20 years, which means we must ensure the infrastructure we develop on this continent is resilient to the impact of climate change.