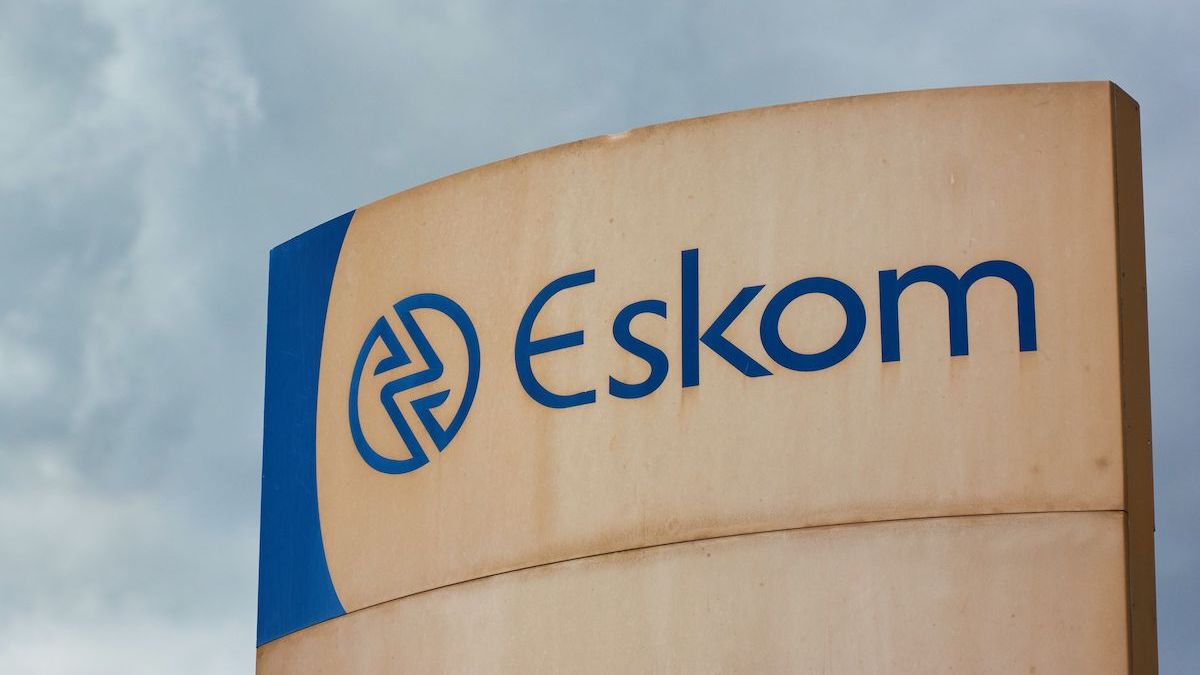 The problems at state power company Eskom Holdings are the biggest threat to the South African economy. For as many as eight hours a day, traffic lights are out, factories and offices are shut down and meals are served cold. But it wasn’t always like this. Engineer and energy expert Andrew Kenny tracks the rise of the power utility which had a reputation for plentiful and reliable electricity – at some of the lowest prices in the world – to its eventual demise under ANC rule, thanks to political interference, corruption, crime and incompetence. Kenny argues: “Any well-run state electricity company will always provide cheaper electricity than any private company.” Eskom is now horribly in debt, which it cannot pay back, when in the past it managed its own low debt easily; and this is why we now have massive tariff increases. This article was first published on Daily Friend – Asime Nyide

Eskom did work well in the past – and why

The announcement of Nersa’s 18.65% tariff hike for Eskom came just after I had finished the first draft of this article. It emphasised my argument below, which is about why Eskom was indeed a big success in the past and why it is a disaster now. I have made no change to the two following paragraphs.

As someone who believes that capitalism is the greatest economic system ever devised, and has produced unprecedented prosperity, especially for the poor, I can make this unequivocal statement: “Any well-run state electricity company will always provide cheaper electricity than any private company.”

This statement has brought me into trouble with the Free Market Foundation (FMF), to which I belong. And now I see it might bring me trouble with a free market comrade on The Daily Friend, Martin van Staden, who has just written an article entitled, “Why Eskom worked well in the past is a fundamentally bad argument”. On the contrary, I think it is a good argument, with profound lessons for us. Eskom, under state ownership, produced the world’s cheapest electricity, very reliably, and was always able to supply South Africa’s growing and industrialising economy, even with over 6% economic growth in the late 1960s. Eskom did better than any private electricity company anywhere in the world.

The key phrase in the second paragraph is “well-run state electricity company.” That is what Eskom was in the past, and is not now. It is now an appallingly badly-run company and, contrary to what Van Staden says, it is this and not its past monopoly that has brought it to ruin. This is why Eskom gives us crippling load-shedding now but did not in the past; this is why Eskom is now horribly in debt, which it cannot pay back, when in the past it managed its own low debt easily; and this is why we now have massive tariff increases when in the past they were low, but still enabled Eskom to cover all its own debt without running to the government for help

Capitalism is successful for obvious reasons – reasons that socialists understand and hate. If a country has private property, a free market, free trade and free enterprise under the rule of law, and if private companies are so constrained that the only way they can make profits is by offering better goods and services, then prosperity for all will follow as surely as day follows night. There are no exceptions in history. Many capitalists, perhaps most, hate free competition and are constantly lobbying politicians to try to pervert it to their advantage. In a free market, where state-owned companies are allowed to compete with private companies, the private companies will almost always offer better and cheaper goods and services. The reasons are obvious: in an ever-changing economy, with ever-changing technologies and ever-changing goods and services, a private company, freed from political restraints and considerations, with no other purpose but to make a lot of money, will be quicker, more flexible, more inventive, more efficient and more responsive than any state-owned company. Electricity supply is an exception. Here the advantages of private enterprise do not apply.

The product, AC electricity at a fixed voltage and frequency, does not change at all. The Ames Hydroelectricity power station in Colorado, USA, began operating in 1891 and is operating still, producing exactly the same product as 131 years ago. (Kimberley had electric lighting in 1882.) It needs no invention or flexibility to run a power station. All the invention in electricity supply comes from the engineering components in the station – boilers, mills, pumps, turbines, generators, etc – and these are made in separate industrial companies, usually private, who give detailed instructions on how to run them. But power stations do require huge amounts of capital.

This is what gives the fundamental advantage to a state-owned company. The cost of capital for it will always be lower than for a private company. It will always be able to borrow money more cheaply (because it is considered lower risk). Furthermore, the fact that it is seeking only to provide a service and not to make profits means that it will be content with a very long payback period and a very low return – if any. Private shareholders would not accept this. Under the 1922 Electricity Act, Eskom (then called “Escom”) was set up with a simple brief: provide sufficient good electricity and cover your costs. The state-owned Eskom had far less regulation than private electricity companies in the USA.

Successive governments up to 1994, even apartheid governments, managed to leave Eskom alone to be run by its engineers and managers with two goals only, to provide electricity and to pay for itself. It did both splendidly. Van Staden quotes Nicholas Woode-Smith as saying Eskom was only able to succeed “for as long as it did because South Africa had cheap and abundant coal and labour.” Many other African countries also have abundant energy resources (hydro, oil, gas and uranium) and even cheaper labour but have failed dismally with their electricity supply.

The other essential ingredients that Eskom had was good management and engineering and, above all, a sustained and consistent programme of building big, standardised, six-pack (six identical units) coal power stations. When it began building these with determination, the world beat a path to its door. The best engineering companies in the world competed with each other to supply Eskom with the best machinery at the lowest prices. The stations were funded on debt, very cheap debt, which Eskom paid off quickly and responsibly. This is how Eskom produced the world’s cheapest electricity.

With its nuclear station, Koeberg, Eskom showed it could be equally successful in a different energy technology. Nuclear is now our best option by far for new power generation. It takes about ten years from the decision to build a new big coal or nuclear power station until it begins making electricity, so you can never spontaneously increase your generation capacity to meet changing demand – whether you are state-owned or privately owned.

You have to plan years in advance (with educated guesses, which were far better than our present absurd Integrated Resources Plans or IRPs). Eskom was accused of getting it wrong in the 1980s and having a surplus of capacity. But it is much, much more costly to have too little electricity than too much (as we have found out in the most painful way), and anyway the surplus only lasted a few years.

Van Staden has this interesting but puzzling passage:

‘Eskom’s ability to charge market prices for its product was severely restricted from the beginning. These prices ‘were only allowed to cover costs, loan repayments, and a small amount to go towards reserve funds.’ The profit motive, in other words, was denied to Eskom, disallowing it from ever taking advantage of the disciplining forces of market competition.’

The first two sentences are true, exactly what I was saying. The last sentence is mysterious. If Eskom had been allowed to make the biggest profits it could (for example by raising its prices while still keeping them below any possible competitor’s), how would this have disciplined it? Surely there can be no greater discipline than keeping your prices as low as possible while providing a good service to everyone? Eskom could also have raised its profits by providing electricity only to the big and the rich, so saving on the higher costs of providing it to the small and the poor.

The ANC has wrecked Eskom with massive political interference, with corruption, crime, incompetence, destructive racial policies such as BEE and cadre deployment, and mad policies and planning. But the rot set in before the ANC really got its claws into Eskom. In the early 1990s, before the ANC came to power, Eskom’s white senior managers were doing silly things. They were denying the screamingly obvious need to build new stations, especially in view of the ANC’s (quite reasonable) promise to deliver 6% economic growth. They were fooling around with stupid new political and economic theories of electricity supply. Some financial managers were treating Eskom as if it were a risky private company trying to make profits. The muddled 1998 Energy Act added to the problem, preventing Eskom from building new stations but not really asking anybody else to do so. Its talk of unbundling and privatisation was half-baked, and ill-considered since no private company could compete with Eskom’s prices. Eskom’s managers did not fight this foolishness – indeed seemed pleased to go along with it, hiding their heads in the sand before the looming electricity shortage, which devastated our economy in 2007.

One of the most idiotic statements I have heard is that “SA’s old electricity model is no longer fit for purpose.” It’s nonsense. The old Eskom model, properly run, would be perfectly fit for purpose today. The authors of this statement seem to mean that new technologies and conditions have changed the electricity market. They have not. The new factories, mills, offices, shops and houses need exactly the same electricity as fifty years ago, even if their products and services have changed.

Solar and wind are hopeless for the grid – although good off-grid. They are unreliable and intermittent, and require huge amounts of raw materials and have severe, long-lasting environmental problems. The electricity leaving the solar panel or wind turbine is useless, without any market value. It can only be made useful by having enormous amounts of money spent on it (with back-up, storage, spinning reserve, extra controls, extra transmission lines, etc). This is why solar and wind electricity for the grid has been so ruinously expensive all around the world. Private solar and wind power companies are lying when they say they are promoting the free market. They are not. They are perverting it. They are using their wealth and political power to persuade governments to force electricity system operators to buy their dreadful products. But this is a departure from my main theme, which is that a good state-owned electricity company will always supply cheaper electricity than a private one.

The ANC will never allow Eskom to be run well. It would far prefer Eskom to run to ruin under BEE, cadre deployment, affirmative action, and horribly expensive coal procurement than it would to see it providing reliable, plentiful, cheap electricity as it did in the past without any of these political or racial considerations. We shall have to turn to the private sector for electricity, even though it is far from the best solution – and even though the ANC will put every obstacle in its way. But we should be very clear that Eskom was indeed a big success in the past and we should be clear why.

Just before I read Martin van Staden’s article on Eskom, I had read his article on the Basic Education Laws Amendment (BELA) Bill. I agreed with every word.