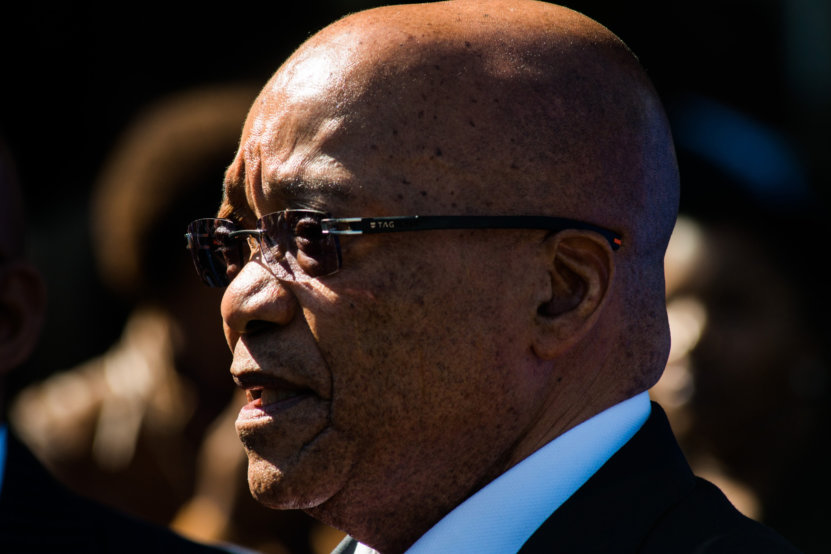 Simon Lincoln Reader is a South African who joins the dots regularly between what happens on the tip of Africa and how things are done elsewhere in the world. His approach is refreshing, because he has a witty way of reminding us that the nonsense we endure at the hands of people like former President Jacob Zuma is not unique to us Saffers. In this column, SLR underscores how the more things change, the more they stay the same. South Africa still has Jacob Zuma running free, much to the annoyance of many who believe he is responsible for putting a lid on economic and social progress; the rest of the world continues to fight about global warming. – Jackie Cameron

For me, 2009 was the most extraordinary year in politics.

By the time Jacob Zuma had sworn to uphold the South African constitution, an almighty political scandal had already exploded in Westminster, an incident that was to jar through a decade and lay some of the foundations of anti-establishment sentiment that would feature in 2016’s referendum.

Many South African politicians of the Zuma era would prefer the story of UK politicians fiddling their expenses never to have broken – that way they could have continued to peddle myths of selective racial persecution and justice with impunity. But in London the culprits were caught, and caught in such a way that left Parliament no choice but to make examples of the guilty.

However that wasn’t the end of 2009. Later in the year there was to be another incident which would compare easily to the scandals of Westminster expense claims and the rise of Jacob Zuma. It happened at an unimpressive circular building in Norwich, home to the Climate Research Unit at The University of East Anglia.

Exactly a decade ago last week, someone grabbed a sizeable data cache from the university’s servers and dumped it online. Located in the data was correspondence between scientists.

In 2007 the Nobel Peace Prize had been shared between Al Gore and the Intergovernmental Panel on Climate Change (IPCC). We were told repeatedly by Gore that the subject of climate science was settled. Despite the inaccuracies and exaggerations revealed in his Hollywood blockbuster, Gore proved magnificently convincing at the time and was thus believed. Supremely immodest though he was, his work was praised – only later would the logic of flying private around the world to lecture on the subject of climate change be scrutinised.

Around the time of Mokotedi Mpshe’s termination of the corruption changes against Jacob Zuma, there was comparatively little climate dissent or “scepticism”. There didn’t need to be.

The emails between the climate scientists, characterised by what appeared to be unambiguous language, changed all that. Public and media reaction was swift and brutal: “skeptics” concluded that scientists were deliberately manipulating data to enforce a narrative beneficial to their interests.  “Climate doping” as it were.

Writing in The Guardian on Wednesday the 25th November 2009, the environmental and political activist George Monbiot said: “The response of the greens and most of the scientists I know is profoundly ironic, as we spend so much of our time confronting other people’s denial. Pretending that this isn’t a real crisis isn’t going to make it go away. Nor is an attempt to justify the emails with technicalities.”

But the defence was just as robust. The litigious climatologist Michael Mann, inventor of the so-called Hockey Stick graph and a participant in the hacked emails, claimed that the correspondence was taken out of context, that these were standard conversations that didn’t actually mean what they appeared to. It was precisely at this time that “sceptic” became “denier”, the association being with Holocaust denial. Suddenly discussion about the climate had become a refuge for the angry; environmental advocacy and  protection was seized as identity features of hard left groups.

Various enquiries cleared the scientists of wrongdoing. One of the leading scientists who had voluntary stepped aside during the investigation was reinstated.

None of the stories of 2009 have reached their ends.

In the virtually impossible event Jacob Zuma is eventually found not guilty, it will not matter. His reputation destroyed, the shagged-out, busted up clansman shuffles from one court to another, an embarrassment to his country.

Many politicians in Westminster still have not learned from the expenses scandal, or do not care: Amber Rudd’s official credit card has been suspended 13 times in the last 3 years. Others too.

But outside of its scientific merits – the places one should try to avoid at all costs – the climate debate has become the most divisive in the world; no other discussion is quite so poisonous, irrational, badly tempered, binary and wild. As we proceeded through the years, accompanying innovations and trends worsened its delicate state: in 2019, politicians suggest that climate denial must be legislated a criminal offence.

For me, there is no greater example than that of the late Professor Phillip Lloyd. When Business Day was good, Professor Lloyd was one of its best. Professor Lloyd was part of the IPCC who shared the Nobel Prize – but he also believed that doubt is the basis of all human wisdom. So, he challenged some of the findings his colleagues produced on climate change – scientists testing science is actually how you get…science.

This upset the echo chambers within the climate change lobby. He was enlisted onto a website, one that claims to “out” the most prominent “deniers”. He stays on this website, despite his death last year.