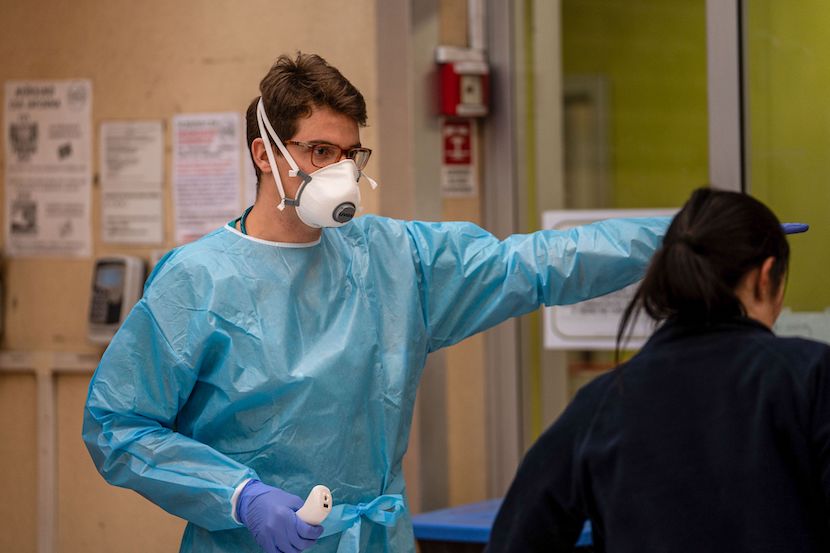 People around the world are getting fed a load of information on the coronavirus and there are the fake cures and the scare stories doing the rounds. One message that appears to have sunk in is the need to wash hands properly for 20 seconds or to sing ‘Happy Birthday to You’ twice, which will help to contain the spread of the virus. We may have to come up with a new song for birthdays as we will all be quite fed-up with that one when this epidemic, hopefully, blows over. Health authorities, which are the best sources to turn to for information that is not clouded with emotion and hysteria during the outbreak of any epidemic have come up with a detailed analysis of why the coronavirus manifests itself as a light cold for most people but is deadly for others, with people over sixty who have underlying health conditions, most at risk. The World Health Organisation says only 10-15% of mild-to-moderate cases progress to severe, which is similar to influenza infections. What people need to look out for is the “tipping point” when the virus spreads from the nose and throat to the lungs as this is the stage where it could become more dangerous. – Linda van Tilburg

There is a ‘Tipping Point’ before coronavirus kills

(Bloomberg) – The new coronavirus causes little more than a cough if it stays in the nose and throat, which it does for the majority of people unlucky enough to be infected. Danger starts when it reaches the lungs.

One in seven patients develops difficulty breathing and other severe complications, while 6% become critical. These patients typically suffer failure of the respiratory and other vital systems, and sometimes develop septic shock, according to a report by last month’s joint World Health Organisation-China mission.

The progression from mild or moderate to severe can occur “very, very quickly,” said Bruce Aylward, a WHO assistant director-general who co-led a mission in China that reviewed data from 56,000 cases. Understanding the course of the disease and identifying individuals at greatest risk are critical for optimising care for a global contagion that’s killed more than 3,700 people since emerging in central China in December.

About 10-15% of mild-to-moderate patients progress to severe and of those, 15-20% progress to critical. Patients at highest risk include people age 60 and older and those with pre-existing conditions such as hypertension, diabetes and cardiovascular disease.

“The clinical picture suggests a pattern of disease that’s not dissimilar to what we might see in influenza,” said Jeffery K. Taubenberger, who studied the infection in Spanish flu victims, including one exhumed more than 20 years ago from permafrost in northwestern Alaska.

Covid-19 most likely spreads via contact with virus-laden droplets expelled from an infected person’s cough, sneeze or breath.

Respiratory droplets on a “fomite”: The @WHO is making clear this key manner in which the #coronavirus is spreading from person to person pic.twitter.com/0UlwFq7tA9

Infection generally starts in the nose. Once inside the body, the coronavirus invades the epithelial cells that line and protect the respiratory tract, said Taubenberger, who heads the viral pathogenesis and evolution section of the National Institute of Allergy and Infectious Diseases in Bethesda, Maryland. If it’s contained in the upper airway, it usually results in a less severe disease.But if the virus treks down the windpipe to the peripheral branches of the respiratory tree and lung tissue, it can trigger a more severe phase of the disease. That’s due to the pneumonia-causing damage inflicted directly by the virus plus secondary damage caused by the body’s immune response to the infection.

“Your body is immediately trying to repair the damage in the lung as soon as it’s happening,” Taubenberger said. Various white blood cells that consume pathogens and help heal damaged tissue act as first-responders. “Normally, if this goes well, you can clear up your infection in just a few days.”

In some more-severe coronavirus infections, the body’s effort to heal itself may be too robust, leading to the destruction of not just virus-infected cells, but healthy tissue, Taubenberger said. Damage to the epithelium lining the trachea and bronchi can result in the loss of protective mucus-producing cells as well as the tiny hairs, or cilia, that sweep dirt and respiratory secretions out of the lungs.

“You have no ability to keep stuff out of the lower respiratory tract,” Taubenberger said. As a result, the lungs are vulnerable to an invasive secondary bacterial infection. Potential culprits include the germs normally harboured in the nose and throat, and the antibiotic-resistant bacteria that thrive in hospitals, especially the moist environments of mechanical ventilators.

“When you get a bad, overwhelming infection, everything starts to fall apart in a cascade,” said David Morens, senior scientific adviser to the director of the National Institute of Allergy and Infectious Diseases. “You pass the tipping point where everything is going downhill and, at some point, you can’t get it back.”

That tipping point probably also occurs earlier in older people, as it does in experiments with older mice, said Stanley Perlman, a professor of microbiology and immunology at the University of Iowa in Iowa City, who has studied coronaviruses for 38 years.

Still, even healthy younger adults have succumbed to the illness. Li Wenliang, the 34-year-old ophthalmologist who was one of the first to warn about the coronavirus in Wuhan, died last month after receiving antibodies, antivirals, antibiotics, oxygen and having his blood pumped through an artificial lung.

Some people may be more genetically susceptible, possibly because they have a greater abundance of the distinctly shaped protein receptors in their respiratory epithelial cells that the virus targets, Taubenberger said. It’s also possible certain individuals have some minor immunodeficiency or other host factors that relate to underlying illnesses.