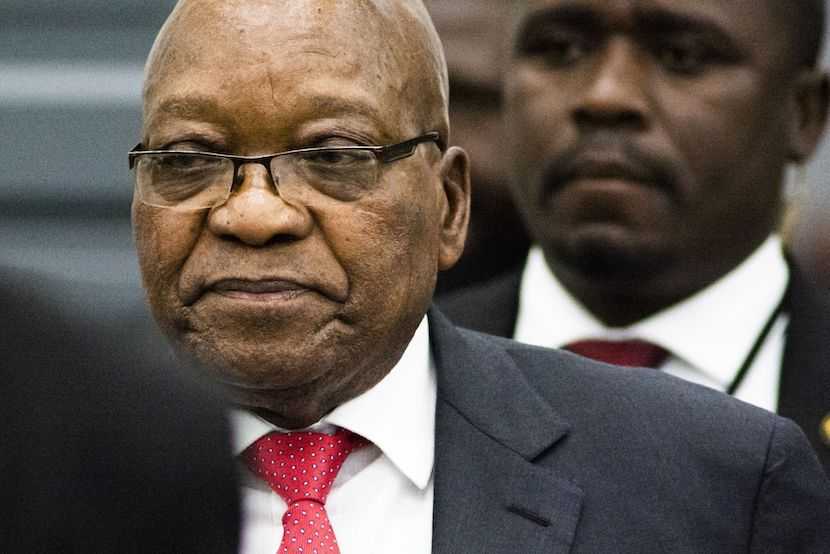 In the past few weeks, the State Capture Commission has heard from key witnesses about how several meetings were held with former president Jacob Zuma, his close friend Dudu Myeni, and Eskom executives in 2015. According to the testimonies that have been heard so far, four executives had to be replaced with cohorts who are more ‘Gupta-friendly’. Former Zimbabwean lawyer Nick Linell recently shed a light on how he and Myeni – also the former chair of South African Airways (SAA) – played crucial roles in this ever-thickening plot.

If testimonies are to be believed, Myeni has had a serious hand in wrecking South Africa’s economy. Between enabling Gupta-related corruption in Eskom and helping to bring SAA to its knees, she’s been a busy lady.

Deputy Chief Justice Raymond Zondo demanded that former president Jacob Zuma appear at the commission in November which ruffled some of Zuma’s feathers. Zuma has since stated that he refuses to testify unless Zondo steps down, claiming that he is biased, unfair, and has created a “narrative” that the former head of state is guilty.

In the BizNews article, ‘Zuma: Why any attempt to put him behind bars is politically impossible’, legal expert Dr Anthea Jeffery says Zuma’s delay tactic could very well get him a ‘get out of jail free’ card.

“The key need is for successful prosecutions, not costly judicial inquiries that create an impression of action against corruption but cannot in themselves put anyone behind bars – and mostly serve to kick the can down the road until public anger has subsided,” she writes. “In addition, irrespective of how much damning and credible evidence the commission uncovers, senior ANC leaders – particularly the roughly 41 people on its national executive committee (NEC) who have been implicated in serious corruption – are unlikely to face prosecution, as this would divide and destroy the ANC.”

Understandably, there are scores of South Africans who are out for blood.

Tracer ZA says, “and this is precisely why all of Africa is a frikkin mess. Africans put mediocrity and criminality on pedestals.”

Shane Sutton agrees. “Zuma is ample proof that certain people should not be allowed to breed or at least should have a mandatory test to attain a specific level of reasoning ability and then be issued with a license.”

Commenting on Jeffery’s article, Chris Summers reckons physical punishment could do the trick. “Well, if jail-time is out of the question, how about some good ol’ public flogging? One lash per R Million?”

DA MOVA – BANNED FROM EWN? says “The ZONDO commission was put into place to DELAY prosecutions, there is enough PROOF to lock up the SNOUTER!!!! Get rid of ZONDO & lock em up!!!!!!!”

Klaus Muller says that in his opinion, Zuma and his acolytes are jail material. “For Zondo it is now high time to show, especially Zuma AND his legal team that the law-abiding South African population is heartily sick & tired of Zumas antics, he WILL appear as requested & answer as demanded.” 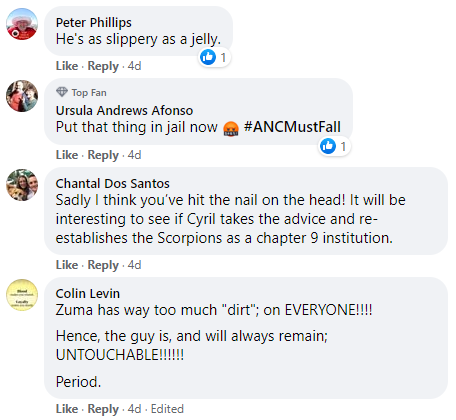 KCsaffas also believes it’s time for Zuma to be sent to jail. “Rather interesting that EX president Zuma’s lawyers still insist on calling him President Zuma? All part of the smoke and mirrors that surrounds Zuma. Zuma will try every trick in the book to duck and dive and escape justice. Lock him up for contempt of court. Finish and klaar. Zuma is making a fool out of Zondo, this Commission and justice.” 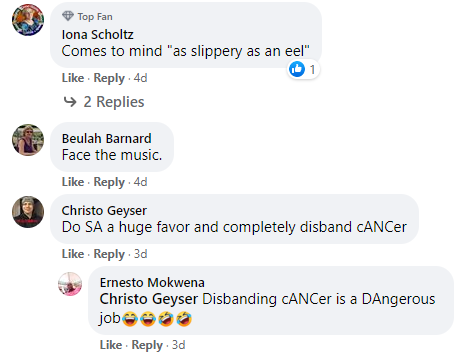 While it’s clear that the public is ready for a hanging, all eyes are on the State Capture Commission as it continues to gather evidence.

Will Jeffery be proved right?