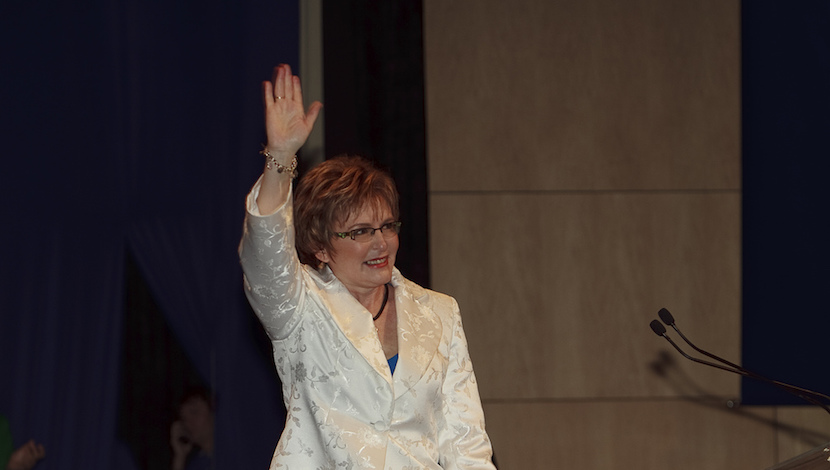 Simon Lincoln Reader discusses ‘wokeness‘ and ‘cancel culture‘ in the South African context. He describes how a growing number of people are choosing to submit to the ‘parasites’ of race theory and cancel culture to join a  misleading movement possessed by a set of ‘menacing, vacuous, dissembling and ahistorical delusions’. Helen Zille herself has been a victim of the ‘cancel culture’ that is so intertwined with ‘wokeness’, and she has written a book about its toxic effect on South Africa’s society. Reader explores the ramifications of speaking out against the ideology and why, in his view, Helen Zille’s book is so important. – Melani Nathan

Despite not having read it yet, I know that Helen Zille’s forthcoming book ‘Stay Woke Go Broke’ will be a triumph, because its matter-of-fact subordinate title, ‘why South Africa won’t survive America’s culture wars’ is indisputable. Zille is one of only a handful of high profile politicians in the world brave enough to address the condition. It can be a lonely place, where you’re frequently jeered as a bore. But that’s a price worth paying: the alternative of a society attempting to re-establish itself on ‘woke’ foundations is a genuinely haunting prospect.

It was on the day that Chumani Maxwele threw a bucket of human waste over the bust of Cecil John Rhodes at UCT that ‘wokeness’, in its current form, mainstreamed in South Africa. The ‘Rhodes Must Fall’ protests that followed employed the same language that had already contaminated America’s coastal city universities, and were coursing through the veins of shitty British ones, such as Goldsmiths. How far this will go I’ll leave to Helen Zille.

According to a definition now widely shared on Twitter, ’woke’ is described as ‘being alert to injustice’. As with the name ‘Antifa’, this is at once insincere and misleading; more appropriate would be to describe it as cultish, possessed by a set of menacing, vacuous, dissembling and ahistorical delusions.

At the risk of oversimplification, the condition of ‘wokeness’ is only accomplished by submission to five parasites, all of which are contained in humanities academe. The first is critical race theory – and this is at present the most controversial as it is responsible for the phenomenon known as ‘cancel culture’. The second is contemporary gender studies, where people are taught that gender is arbitrary, or a social construct. This is easily rubbished by consideration of the willingness to ignore science here, yet embrace it on the climate. The third is intersectionality, which is the oppression hierarchy. Gay white men and lesbian feminists were once featured as minorities’ here – but were then relegated as professional social engineering moderators began to demand a perpetual caravan of grievance. The fourth is moral and cultural relativism and the fifth and final parasite is post modernism, or the denial of objective truth.

‘Wokeness’ cannot improve the chances for those who live in life’s cracks. It cannot because it was not designed to. It cannot paint the orphanages that corporates in Johannesburg do as part of their social responsibility initiatives, or substitute for an inept municipality by filling potholes. It cannot employ or invest, much less teach to fish. To appreciate just how evil it is, observe its ‘successes’, and who it benefits from practising it: here, a handful of (very average) writers have been excused (not fired) for making racially inflammatory remarks, predominately about white people, academics have published a few lousy books – and weirdo creeps like Jack Dorsey and Evan Williams have probably trousered another billion odd.

At the cost of families being ripped apart (which is of course one of its many objectives), a return to the kind of primitive identarianism we’ve spent over 5 decades warning school children about, bitterness, mental anguish, widespread confusion, and agitating hatred for humanity.

Another reason I’m looking forward to the book is because I can already hear hissing and gurgling from beneath the seat planks in South Africa’s media long-drop. I suspect that Rebecca Davies will take a breather from her latest attempt to smear Nick Hudson and PANDA to shriek about ‘lived experience’. That medial WITS ghoul, Justine Limpitlaw, having once attacked Zille when she described Meghan Markle as ‘woko haram’, will surely be there too. Sipho Kings, Chris Roper, Nikolaus Bauer and frontiersman Dwarven Max du Preez will time-out from their RET roadshow, each carrying a leg of Brian Shivambu’s chair around the country, almost like Queen Nzinga, with the former stirring his finger in his Hennessy Ellipse and Fanta Piney whilst throwing out R200 notes that used to belong to VBS pensioners (then collecting them afterwards – of course). 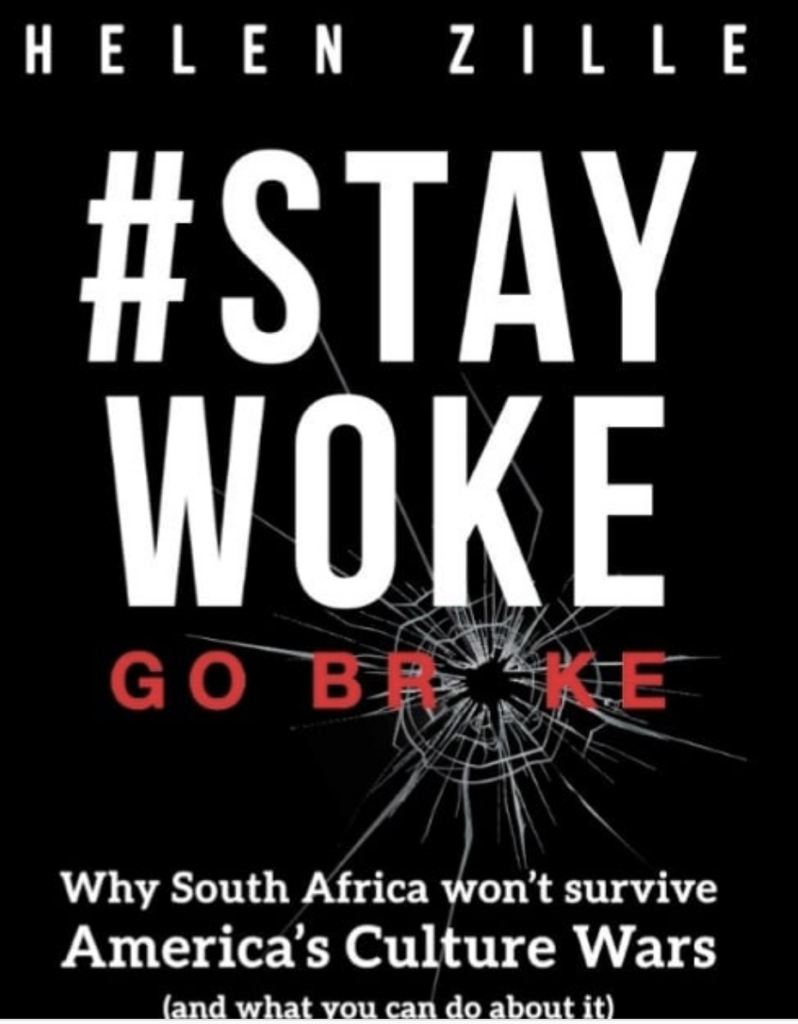 The very day Helen Zille spoke out against the rising tide of intolerance was the day her role in exposing Steve Biko’s murder was forgotten. She is no longer the former winner of the global Mayor of the Year, or the most successful leader of the official opposition post-democracy. The audacity of independent thought is now an unforgivable sin in the eyes of South Africa’s media cuckolded snobs.

But I see this book – her willingness to address this poison in a way that could again reduce her popularity and undermine her significant achievements – as a testament to Helen Zille’s lasting, documented love of the country. Perhaps you will too.