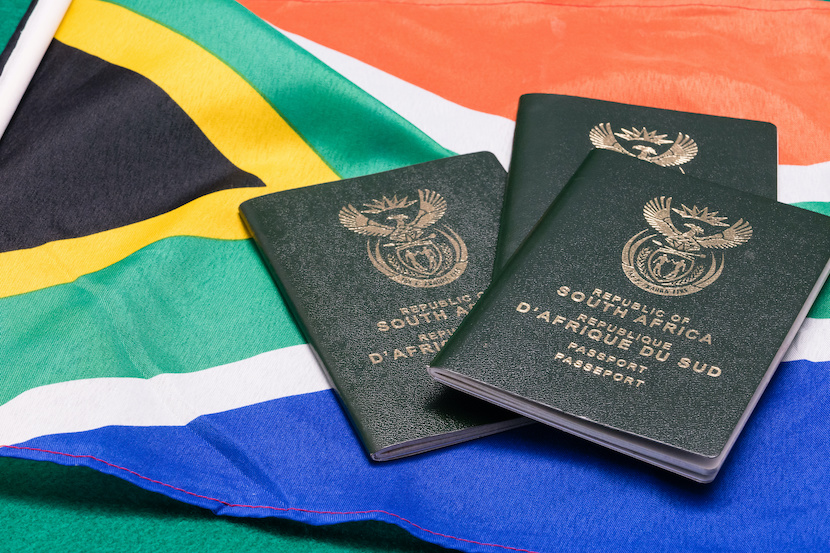 Many South Africans who move elsewhere to work lose their South African citizenship without even knowing it. This is because there is an obscure law that requires you to report in to the Department of Home Affairs very early in the process of obtaining another passport. Dr Rory Jubber, leader of the Democratic Alliance Abroad, explains how South Africans of all demographics – and many medical professionals and healthcare workers – are finding well-paid jobs elsewhere but it comes at the price of SA citizenship. The DA has taken on this issue in court; a judge is expected to rule in the next month or so. – Jackie Cameron

For many years, the Democratic Alliance Abroad (before my time as leader) has received complaints from citizens about the fact that they go to a consular office or the office of the Department of Home Affairs in London, try to renew the South African citizenship – only to discover they’re no longer South African citizens because they’ve claimed an additional citizenship. The reason for this, is because under the current Citizenship Act in South Africa, you have to first apply to the Department of Home Affairs for permission to get another citizenship.

On whether they can get their citizenship back:

Technically, yes. But they would have to return to South Africa [and live here] for a period. You remain with the right to permanent residency, but you are no longer a South African citizen.

On the importance of maintaining citizenship while working outside South Africa:

I think there’s a couple of factors to that. First and foremost, it’s a question of identity. People identify as South African. The passport, in many ways, signifies that to them. It’s a question of, this is the citizenship you were born with. People feel they have a right to that citizenship. The second point is [that] there are certain rights and privileges which come with citizenship. For instance, a big one is [that] citizens abroad are allowed to vote in South African national elections. The problem is the IC requires that if you want to vote abroad at an embassy or at the South African High Commission, you have to produce both an ID and a passport.

If you have had dual citizenship taken away, clearly you are no longer able to vote. The primary reason for taking it to the courts, is that it ensures we can have the case heard in the most rational manner, to consider the arguments and try and force the Department of Home Affairs to shift how it treats South Africans abroad. By appealing to the fact that certain sections of the Citizenship Act are unconstitutional, that they effectively take people’s citizenship away – often without their knowledge.

We took the matter to the High Court a couple of Mondays ago. It was heard in the High Court and we are currently awaiting a judgment. Hopefully, we’ll have it in the next month to six weeks. I’m relatively optimistic. The argument put forward by the Democratic Alliance, I think, is very strong. It’s very well laid-out. It’s very clear on why the sections of the act that strip people of their citizenship are unconstitutional. The DA has a well-known position of being able to argue on behalf of citizens for their rights.

On why the government does this:

There’s been a great deal of skills lost to the rest of the world from all demographics – and increasingly from all demographics. South Africa should be looking to maintain its links with those citizens, in the hopes that within the economic climate improves a bit – or with some incentive schemes – you can get those citizens back to come help and effectively buttress what is a failing economy.

I think this is to the benefit of the South African state. It should be viewed as a good – you want to keep these people linked up. I’ll give you an example. In the early 2000s, the NHS (the National Health Care Service in the UK) went to South Africa and headhunted nurses from South Africa. There are thousands of South African nurses – predominantly from poor backgrounds – who live in the United Kingdom, working in the NHS because the wage they were offered was so good [that it was difficult to turn down.]

What is happening is that many of those people have met many complaints from nurses, that they are losing their citizenship. Some of them want to return to South Africa – yes, I know they have the permanent residency, but it comes with all sorts of provisos. It makes things a little bit more sticky and difficult. Surely, you want to keep those people interested in South Africa. Bring them back, particularly at a time when the healthcare service is in such a dire situation. We need to incentivise getting those people back.