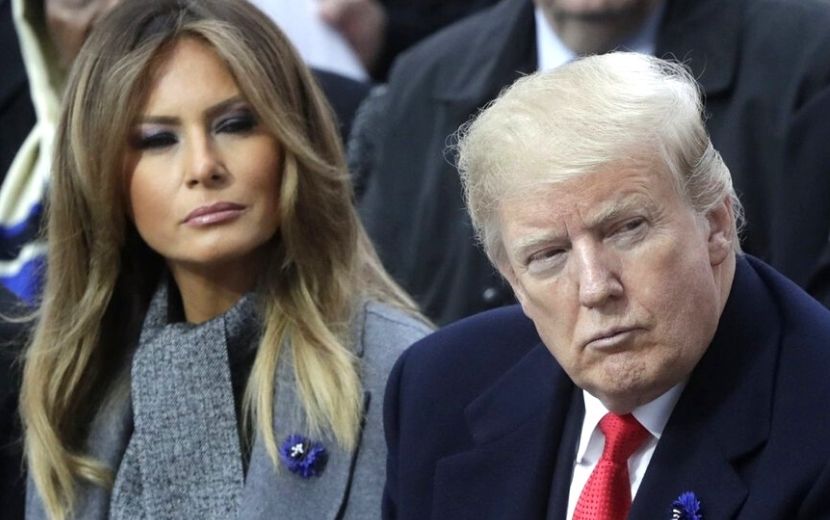 Former First Lady of the US, Melania Trump, has been the target of much criticism. In her defence, the majority of this criticism was purely by virtue of the fact that she was the spouse of former US President Donald Trump – a democratically and almost globally-loathed figure. This is where the madness comes in. A world where Donald Trump may even remotely have been correct is a world that seems upside down. In this article by Simon Lincoln Reader, a London-based technology investor and popular columnist at BizNews, Reader takes a look at contemporary political spouses and the potential fate which may befall them, being ‘leashed-up and forced into a perspex cube and hung on display in public as performance art/a political statement representing some fringe group that accounts for roughly .00000001% of the American population.’ Reader’s articles are always fresh and entertaining. This one is downright hilarious. – Nadya Swart

The problem with contemporary political spouses

I always admired Melania Trump for her dignity in the face of those foul, unrelenting, deeply personal and often xenophobic attacks. Predictably those attacks often emerged from hyper-feminist, unwashed, outraged academic quarters – but because they were activist-feminist intersectional, they were always excused (that’s what you call “woke privilege”). A decade ago my friend sat opposite Melania at a dinner in New York – seated to her right was some sneering prestige media liberal journalist who started mouthing off about how uncivilised Eastern Europe was. My friend told the jerk that he’d punch his lights out: Melania relayed the encounter to her husband, seated somewhere else at the table, who later approached my friend: “you’re the greatest, the greatest”.

I miss Graça Machel, because unlike Jill Biden, she didn’t run around snarling, “if you don’t call me ‘Doctor Machel’ – I’ll stab you”. Is Jill Biden a doctor like Anthony Fauci is a doctor? He hasn’t seen a patient since 1967. Jill Biden got mauled recently when critics of her husband’s rambling, curious habits and breathtaking incompetence suggested that she was responsible “for allowing him to run for office when even the ANC in South Africa can tell you that he’s cackling off the reservation.” That’s totally unfair: Jill Biden does not own or manage the remote that controls her husband – that is property of WANKER Inc – the machine that belongs to the Democrat establishment club to which you and I are not – and will never be – invited.

Over here Carrie Johnson (nee Symonds) is provoking a similar level of irritation. She’s much more ambitious than Jill – but even though her father was editor of the dreadful Independent she doesn’t appear to understand the term ‘constitutional democracy’, or she does, but also she understands that many a passenger can hop aboard the climate change pathogen and because climate change is such a threat, we don’t have time to hold pesky things like elections, or appoint on merit. Sorry. Over the weekend Carrie reportedly expressed her admiration for British tennis sensation Emma Raducanu by comparing her to the Swedish truant Greta Thunberg, which is brilliant, because that’s like comparing Secretariat or American Pharaoh to a baboon right?

You could argue that Carrie and Jill Biden are at least trying to leverage their positions in ways that would provide more substance to otherwise miserable existences. In New Zealand, the partner of the Prime Minister there is totally surrendered (nobody even knows his name?), and, just like Mr. Meghan Markle, forced to read intersectional, erm, “resources”. If he were to say something like, “well, um, perhaps this lockdown thing is a bit mental yeah”, he can be assured that Open Society, his partner’s patrons, will disappear him. This same fate potentially lies ahead for Congresswoman Alexandra Ocasio-Cortez’s partner too. His name is Randy or Riley, and at some point in the future Randy or Riley will be leashed-up and forced into a perspex cube and hung on display in public as performance art / a political statement representing some fringe group that accounts for roughly .00000001% of the American population.

With Jacob Zuma, it was difficult to understand the role of the political spouse as the political spouse could have been one of twelve (or more) people. But Zuma was reportedly fair in divving up the responsibilities and the junkets – except for the poor wife that he appointed as keeper of the Nkandla spaza shop, who would then have had to spend every day of every week delivering Khulubuse’s orders or screaming on the phone to suppliers (“C’mon Dwayne, what the hell do you mean there’s no more yellow polony?”) That’s no kind of life for a first lady.

I once saw Philip May, husband of the former Prime Minister, eating a sandwich alone at Victoria Station. He was no slouch – he held a senior role in a very serious asset manager – but he didn’t give a monkeys for woke, for shrieking about some or other perceived injustice. The best he could do, he clearly figured, was to make his wife a strong whiskey toddy in the evening and, if she could still talk after that, listen. I imagine the same goes for Helen Zille’s husband, or went for Thabo Mbeki’s wife.