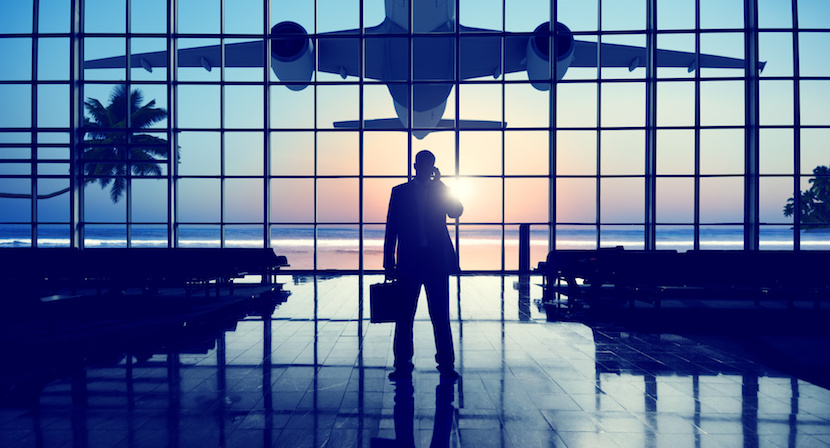 A lot of optimism surrounded the UK’s revision of their travel ban rules. South Africa, which was on the unfortunate ‘red list’, had numerous people and organisations lobbying on the country’s behalf to get it removed. Sadly, that didn’t happen. However, the United States and Germany have lifted their travel bans on South Africa and various other countries. As Bloomberg reporter Josh Wingrove writes, “new rules will replace the current system, which includes outright bans on entry for most foreigners who’ve been in certain regions – including the UK, European Schengen area, China, India, South Africa and Brazil – within the previous two weeks, regardless of vaccination status.” This – and the lifting of a travel ban by German authorities – will undoubtedly be the much-needed shot in the arm for South Africa’s tourism industry. As SA heads into warmer weather, cooped-up Germans and the like will hopefully migrate for the African summer. – Jarryd Neves

US to open air travel to most vaccinated foreigners

(Bloomberg) – The US will soon allow entry to most foreign air travellers as long as they’re fully vaccinated against Covid-19 – while adding a testing requirement for unvaccinated Americans and barring entry for foreigners who haven’t gotten shots.

The measures announced Monday by the White House mark the most sweeping change to US travel policies in months, and widen the gap in rules between vaccinated people – who will see restrictions relaxed – and the unvaccinated. The new rules will replace existing bans on foreigners’ travel to the US from certain regions, including Europe.

While the move will open the US to millions of vaccinated people and was celebrated by the airline industry, the White House cast the measure as a crackdown, pointing to stricter testing rules and a new contact tracing regime. The new policy will take effect in “early November,” according to the White House, though the precise date isn’t yet clear.

“We know vaccines are effective, including against the delta variant, and vaccines are the best line of defence against Covid, so this vaccination requirement deploys the best tool we have in our arsenal to keep people safe and prevent the spread of the virus,” White House Covid-19 response coordinator Jeff Zients told reporters on Monday.

The new rules will replace the current system, which includes outright bans on entry for most foreigners who’ve been in certain regions – including the UK, European Schengen area, China, India, South Africa and Brazil – within the previous two weeks, regardless of vaccination status.

“We will protect Americans here at home and enhance the safety of international travel,” Zients said.

Attention now shifts to what vaccines will be recognised under the policy change, which saw US airline shares pare pre-market losses Monday.

While the Centers for Disease Control and Prevention is working on the new regulations, officials told Bloomberg News the agency currently considers people fully vaccinated when they have received the full course of a shot listed for emergency use by the World Health Organization. A number of vaccines have been approved by the WHO, including those from AstraZeneca Plc and Chinese developers Sinopharm Group and Sinovac Biotech.

In Europe, shares of IAG SA, parent of trans-Atlantic specialist British Airways, jumped about 11%, the most in 10 months. There were gains of 5.3% at Air France-KLM and 5.5% at Deutsche Lufthansa AG.

Before the coronavirus crisis hit, the North Atlantic corridor connecting the US and Europe was the single most profitable part of the global aviation market, filled with premium travellers paying top dollar for first- and business-class seats.

The European Union’s top industry official welcomed the policy change. “A logical decision given the success of our EU vaccination campaign,” said Industry Commissioner Thierry Breton in a tweet. He said he’d be meeting with Zients Monday “to continue fighting the pandemic.”

British Airways Chief Executive Officer Sean Doyle called the US move an “historic moment” and said customers could now book with confidence, while his Virgin Atlantic Airways Ltd. counterpart Shai Weiss said the industry had cleared a “major milestone to the reopening of travel at scale.”

“We welcome the Biden administration’s science-based approach to begin lifting the restrictions on travel to the U.S. that were put into place at the start of the pandemic,” American Airlines CEO Doug Parker said in a statement. “We’re looking forward to welcoming more customers back to easy, seamless international trips for business, for leisure, and to reconnect with family and friends.”

“We are very happy about it and we are looking forward to the additional bookings that will come because of it,” JetBlue Airways Corp. Chief Executive Officer Robin Hayes said in an interview. “It’s great that families can reconnect for Thanksgiving and the holidays.”

President Joe Biden’s announcement comes ahead of a planned virtual vaccine summit he’ll host this Wednesday, where he will push for more global donations in a bid to head off criticism of US hoarding, and a decision to proceed with booster shots despite the WHO urging rich countries to hold off for now.

Under the new system, vaccinated travellers will show proof as they board a plane and will still need a pre-flight Covid-19 test, within three days of departure. They’ll also need to provide a phone number and email to go into a contact-tracing system that does not yet exist.

A White House official said it’s not yet clear if the US will maintain the current testing rules, which allow virtually any authorised test, or require a more-accurate type of test, which tend to take longer and cost more. The vaccine requirement applies to adults, a person familiar with the plan said.

Unvaccinated American travellers will need to test within one day of departure, and Zients said they will be “required” to test again on arrival, though an official said they would have to prove that they have bought a test to be taken after they arrive. It wasn’t immediately clear how, or if, the US would seek to verify the results of the second test.

Besides which vaccines it will ultimately recognise, other key details of the new system remain unclear, including whether the U.S. will insist on two doses in all cases, including for people who’ve previously been infected with the virus. It’s also not clear what exemptions will be allowed. The White House did not immediately publish details of the new policy.

The CDC will direct airlines to collect contact tracing information from all partners. There’s no change to domestic travel rules, Zients said.

The announcement came at a time of diplomatic tensions with France, a key European ally, which was enraged by a surprise deal between Australia, the UK and US that led to the scrapping of Australia’s purchase of French submarines. The airline change is an olive branch to Europe, where leaders for months had urged Washington to ease its restrictions.

There’s no change to the policy as of yet along land borders, Zients said, and the ongoing land border closure will be getting another monthly extension to Oct. 21, he said. That suggests that, as of November, vaccinated Canadians and Mexicans will be free to fly to the US, but that a ban on crossing the border by land for leisure trips will remain in place.

Throughout the pandemic, carriers on both sides of the Atlantic have lobbied forcefully for a relaxation of travel curbs that have been in place since March 2020. While Britain and the EU lifted restrictions on visiting Americans this summer, the U.S. held off from any reciprocal loosening amid a rise in Covid-19 cases. US infections have been levelling off, though cases, hospitalisations and deaths remain high.

The policy change in Washington comes after Britain indicated it would ease testing requirements for vaccinated arrivals, and simplify its system for regulating travel from different countries. European countries in particular have complained that the U.S. maintained travel restrictions on their vaccinated citizens even after they began allowing entry to vaccinated Americans.