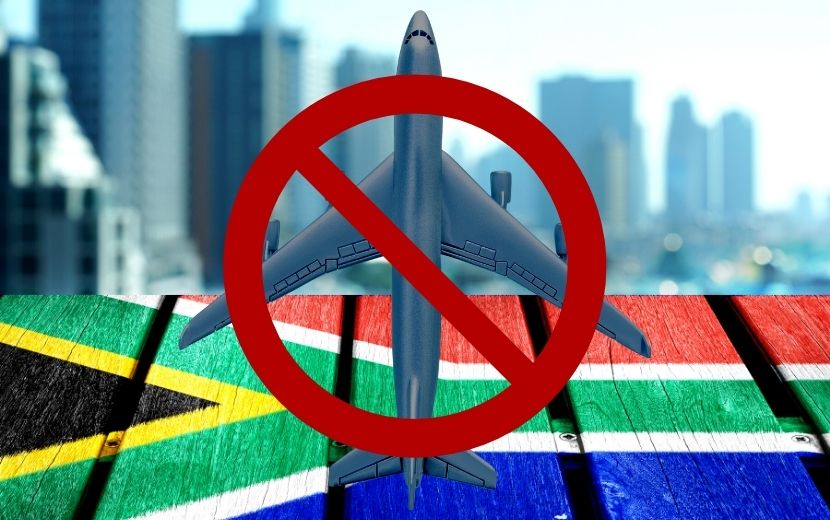 South Africa was placed on the UK’s dreaded red list in December 2020 – a status which the World Travel & Tourism Council (WTTC) estimates could lead to the South African economy suffering losses that equate to more than R26m every single day. A petition spearheaded by the Southern Africa Tourism Services Association (SATSA) is gaining traction and once 100,000 signatures are obtained – the issue of travel between South Africa and the UK will be considered for debate in parliament. BizNews journalist Linda van Tilburg spoke to the CEO of SATSA, David Frost, as well as Tourism and Hospitality Adviser Gillian Saunders to discuss South Africa’s placement on the red list, which Frost argues is due to the UK ‘not following its own science’ as well as the progress of the petition. – Nadya Swart

David Frost on the effect of South Africa being on the UK’s red list:

So since the end of December, the UK put us on the red list – which effectively prevents people, particularly South Africans, from travelling through to the UK for leisure purposes. I think people have gone through [to the UK via] work opportunities, but you’ve got to quarantine for an onerous quarantine period on the way back in. But equally, that applies to UK citizens coming through to South Africa. And it’s a total disincentive for anybody to travel, be it for leisure tourism or for any form of business. And the UK is our biggest Source Market; pre-covid we got close to 440,000 arrivals from the UK.

It’s a particularly massive market for South Africans – and it’s not just leisure tourism. Our film industry is very dependent on business from the UK. And indeed, you know, there are other aspects of the economy that are contingent on that particular relationship.

Gillian Saunders on the economic loss that South Africa suffers as a result of being on the red list:

And a good example of how much we’re losing would have been, for instance, the British Lions Tour. We would have expected 27,000, or thereabouts, Brits to travel here for the Lions Tour, but there was also a stadium closure on this side. But, you know, they wouldn’t have come anyhow because the quarantine that David talks about is very expensive. It’s 2,240 pounds, I think, and it’s extremely unpleasant in very small rooms with a lot of stories about poor food, being treated badly, not getting your exercise options. So it’s really a huge disincentive – it is very expensive. If you think about a family traveling, for instance, you’ve got to times that by four – although there is a slight discount for groups – it’s a massive impact. So, you know, across the board in terms of investment, group events, sporting events, conferences and leisure tourism – it’s a major impact.

Frost on the progress of the petition:

Well, we’ve been up and running, I think I stand to be corrected Gillian, we’re about in our 11th day or 12th day of the petition and I think at the moment we are at about 25,000 signatures that we’ve obtained. So, we’re a quarter of the way to getting 100,000. And we’re fairly confident [that] if we can rope in elements of the diaspora and speak to everybody who can take this on to a far more viral platform than we’ve kicked it off – we can get to the 100,000 signatories. But we’re progressing a whole lot of other stuff as well; there have been a number of media articles that have been written.

But essentially, Linda, what we’re also doing is posing questions to the politicians around the world – just bringing to their attention that the science is not being followed here. Their main concern was around the beta variant, which was, you know, the predominant variant in South Africa. But we’ve subsequently shown that the AstraZeneca vaccine, which is the one widely used in the UK, in a very credible, wide ranging study in Canada, is totally effective against the beta variant. The other very axiomatic and self-evident point is that the beta variant was seeded in the UK and it didn’t spread at all.

The final bit of the jigsaw is that we’re sort of coming well out of the third wave, and the delta variant is not the predominant variant in South Africa, which is exactly the same as the UK. And, in fact, our levels are a lot lower than levels of other countries which the UK has taken off the red list.

Saunders on South Africa’s status in other foreign countries:

Well, currently in South Africa; about 90% of our cases – based on the genome sequencing that we’re doing – are [of the] delta variant. And what that has enabled is other destinations like Austria, France, Germany having changed our status. And, you know, they’ve all got different systems and statuses, but they’ve taken us off being a country with a variant of concern to high alert or high risk, because we do still have a third wave – we aren’t out of the third wave. But they are now letting double vaccinated people travel to and from South Africa with no quarantine whatsoever. No isolation, no quarantine, no nothing. And so the UK should be following the same science.

Frost on the support they’re receiving from the South African government:

Well, we kicked this off in sort of early May. We waited for a couple of months, you know, February, March went by, and there was just an absolute deafening silence in terms of anybody speaking up for South Africa from any perspective – business or government. So we’ve spearheaded this initiative. And let me just tell you, engaging in something like this – it’s a process. It’s not simply that you waltz in and see some British politician and say, ‘Here are the facts,’ and then that politician goes, ‘Oh, you know, thanks so much. We’ll change it tomorrow.’ It doesn’t work like that. It’s a slow process of bringing facts to bear, using the media, understanding who the real decision makers are and in a stealthy and systematic way bringing your arguments to bear. So we’ve spearheaded that.

We are broadening our efforts to get the support of far larger organised business – so it’s important that they come to the fore – and we’re engaging with our government colleagues and sharing a lot of the information and the traction that we’ve been able to achieve up to now so that they will have that at their disposal. I mean, essentially, you know, one of the other things that happened about just over two and a half weeks ago is that the UK took India off the red list. Now India was the home of the delta variant, they had massive stuff.

But, you know, it’s very apparent that the reasons that they brought to bear went way beyond science, that there was a strong argument put forward by the Indian collective – which included the diaspora, it included business and it included Indian government to say to the Brits, ‘Guys, this doesn’t make sense for us and this doesn’t work for us.’ And they were listened to. So there is hope, we’ve just got to carry on being quite dogged about what we’re engaged in.

Ministerial decisions on allocations to the red list are informed by the latest scientific data and public health advice, to protect public health and the vaccine rollout from variants of concern.

From 24 December 2020, visitors arriving into England who had departed from or transited through South Africa in the previous ten days were prohibited, following evidence suggesting community transmission of new variants of concern. The government took this decisive action to impose additional measures on South Africa to prevent further domestic infection in the UK. These measures excluded commercially operated aircraft carrying no passengers and aircraft operated by or in support of Her Majesty’s Government in the UK.

From 15 February 2021, international arrivals to England were required to quarantine in a government-managed hotel if, within the ten days before arrival, they had been in or transited a country to which a travel ban applied. This included arrivals from South Africa.

Key factors in the JBC risk assessment of each country include:

Country allocations to the traffic light system are reviewed every three weeks, unless concerning evidence means we need to act faster to protect public health. At the most recent review on 4 August, it was decided that South Africa would remain on the red list as South Africa continues to present a high public health risk to the UK from known variants of concern.

The current measures permit entry to only British and Irish Nationals (and third country nationals with residence rights in the UK) arriving from high-risk (commonly referred to as red list) countries, who are also required to quarantine in government managed hotels. These are all temporary measures that are kept under regular review and the government maintains that they will only be kept in place whilst the level of public health risk justifies the measures.

We will not compromise on the progress we have made on our vaccine programme by allowing people to freely mix abroad and return or travel to the UK without proper checks and procedures. This is just the start for opening international travel, with the UK leading the way with a robust system.

As with all our coronavirus measures, we keep the red list under regular review and our priority remains to protect the health of the public in the UK.

The Committee is made up of 11 MPs, from political parties in government and in opposition. It is entirely independent of the Government. Find out more about the Committee: https://petition.parliament.uk/help#petitions-committee

Thanks,
The Petitions team
UK Government and Parliament