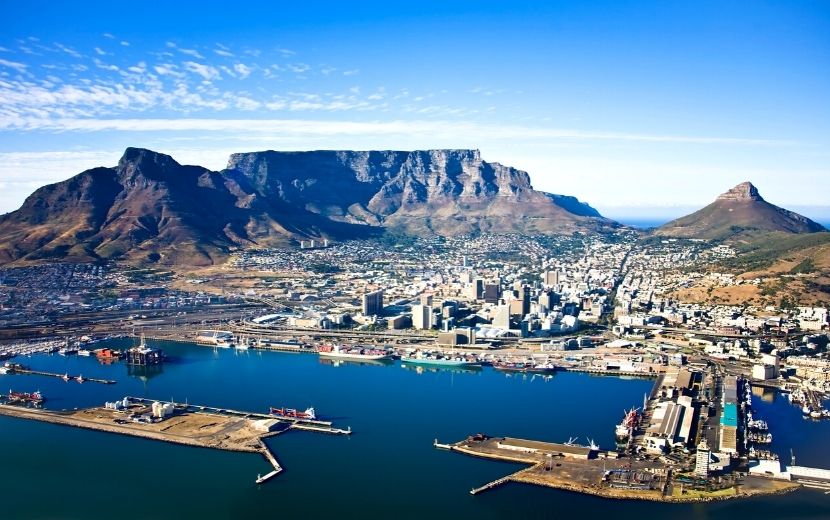 The United Kingdom is set to review their ‘red list’ of countries, which South Africa has been on since December last year – and there is optimism that the gates could be opened soon. Minister of International Relations, Naledi Pandor has lobbied British cabinet ministers and Business Leadership South Africa has sent a letter to Prime Minster Boris Johnson telling him that it was inconceivable that the situation should persist past the summer season and Christmas holiday. SATSA CEO, David Frost told BizNews that they wanted to bring home the message that you have a better chance of getting Covid-19 in Cornwall than in Cape Town. Frost looked at the future of tourism in South Africa and said that the tourism industry should repackage itself as an adventure destination to lure in a younger crowd. – Linda van Tilburg

David Frost on progress with getting South Africa off the UK’s travel ‘red list’:

We’ve built up some really good momentum. The 16th September really is the crunch day. It’s a day where the UK will re-evaluate their respective green, amber and red lists. We’ve been grinding away since May. We’ve got some influential politicians who are supportive of our cause and have been fairly vocal in their messaging to the UK decision makers. People like Lord Jonny Oates – he’s Nick Clegg’s ex-chief of staff and in the House of Lords. Baroness Lynda Chalker, who served in Margaret Thatcher’s cabinet – and very influential. [Then there’s] Ben Bradshaw, a former minister in Gordon Brown’s government. He’s on the Transport Select Committee.

These guys have been unequivocal because they’ve just been dogged in terms of posing questions, unearthing the fact that the UK government hasn’t updated the science. When you do go and look at the science, there is no logical reason why we should be on any red list. More than that, I think what has really added a great gravitas to our argument is that Naledi Pandor has been in contact with Dominic Raab and Grant Shapps. She’s a seasoned politician and has brought a lot of the arguments to bear.

Very importantly, Business Leadership South Africa – representing the 80 top companies in South Africa – wrote a letter to Boris Johnson, which was delivered to 10 Downing Street. They quite unequivocally say to the UK prime minister that when you look at the facts – and being respectful of his position in terms of trying to balance livelihoods, lives and all of that – but when you go and have a look at the facts in terms of where we are now, there is no reason why we should continue to languish on the red list.

Not only for tourism but for the whole diaspora on both sides – for trade and industry and for the UK’s position. It’s come out of Brexit. They’re looking for global partnerships. South Africa and the UK enjoy a really rich tapestry of economic history. For that reason, we were very encouraged by that because that was a really powerful argument. When you look at all of these elements, it’s a pretty sort of similar advocacy base that the Indians used when they got off the red list a month ago.  If you have a look at some of the media that’s been speculating in terms of what may or may not happen, a lot of the commentators are suggesting that South Africa should indeed come off that list.

On what difference it would make if South Africa was bumped up to the ‘amber list’:

If it goes to amber, UK citizens can come to South Africa. At the moment – whether you’re jabbed or not – there’s still the PCR tests that take place. We have very strict protocols in place. We’ve had domestic tourism open since July. We’ve seen no spreading whatsoever through tourism. Our Covid rates are a quarter of what [the UK has]. Ostensibly, you face more risk – if you’re going on holiday from London – of possibly catching Covid in Cornwall than you will in Cape Town.

It means the UK people can come here, but they don’t have to do the isolation either in a hotel or going in through a green country like Ireland or parts of Europe on the way back – which just adds time and an extra expense. On the basis of that – and there’s also been encouraging signs that both Virgin and BA want to up frequency and get back into business – it was a particularly lucrative route, I think, for both airlines. SAA is back in operation. Conceivably, they could be on that route. The Middle Eastern carriers, both Qatar and Emirates [have upped] capacity quite significantly.

All these things point to the fact that if we can get onto amber, it would be a massive shot in the arm. It’s not going to come back to the 450,000-odd arrival’s per annum immediately. But there is certainly this massive VFR (visiting friends and relatives) pent-up demand. Babies have been born, people have died and others have got married. I think that you’ll see a massive pent up VFR demand initially. But we will certainly see a very nice bounce back in terms of UK travel and, as I’ve always said, I think South Africa is one of the most Covid friendly destinations to visit.

We’ve never been a mass tourism destination. The average layperson doesn’t look at tourism stats, but France and Spain, every year, used to get 80 million tourists. Turkey gets 56 million. South Africa – before Covid – has 2.6 million overseas arrivals. It’s a low impact, we’ve got wide open spaces. A lot of our activities take place outside, we’re going into summer and the weather is peachy. On that basis, I think there are a lot of UK people – particularly intrepid millennials – who I think would seize the opportunity to have a couple of weeks with the sun on their back.

On the rules surrounding travel:

At the moment, as I understand it, I don’t think [there’s a] notion that you have to be vaccinated, that’s not a requirement. You have to have a PCR test, which is 72-hours prior to departure. That’s the only requirement that South Africa has in terms of people coming in. I think the great thing about the UK is that with the high level of vaccination – the threat to people coming to South Africa, possibly getting Covid, going back to the UK and overwhelming the NHS. That’s essentially the sort of big concern. But then you’ve got to look at the Covid rates in the country that you’re visiting. As I say, it’s a quarter of the UK’s. We’re well out of our third wave. We went down to level two [recently].

It’s being reviewed in two weeks time and many are speculating that we’ll be back on level one. South Africa is going into the summer, so we’ve had a lot of assistance in our lobbying effort from Discovery, the big health insurance group. They’ve got a footprint in the UK, through Vitality. They’ve looked at the stats on both the UK and South African sides. The sort of risk levels are very low. They are predicting a very minor fourth wave probably around December time. I just think it’s instructive to understand that the UK – when you look at how many people have had Covid, the prevalence rate – only 18% of people in the UK have had Covid.

The Discovery estimate is that about 75.9% per cent of South Africans have had Covid. Then you overlay the aggressive vaccination programme that we are running and the fact that the average or the median age in South Africa is 17 years. The median age in the UK is 40 years. When you add all these things together, it’s a lot safer to come and have a holiday in South Africa than it would be to go anywhere in the UK.