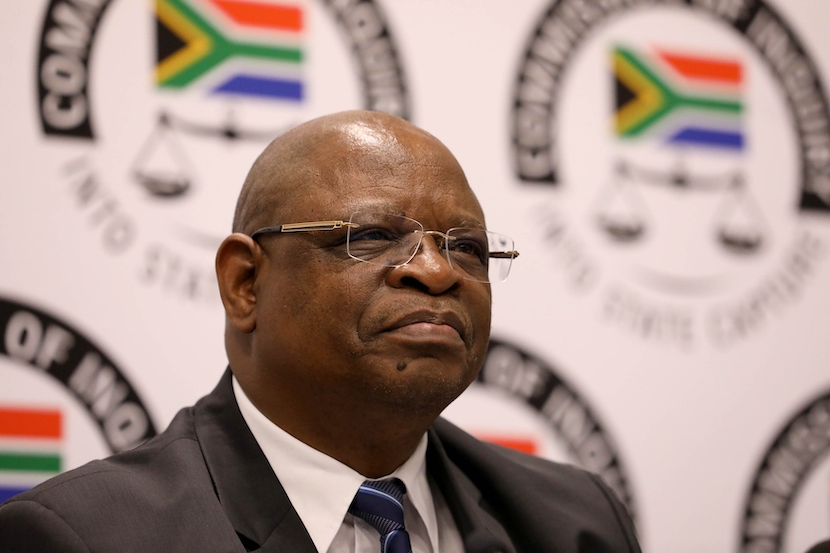 We can only but wonder what went through President Ramaphosa’s mind when choosing Judge Raymond Zondo over Supreme Court of Appeal president Mandisa Maya as chief justice of the Constitutional Court. To all intents and purposes, she seemed the preferred candidate of the nominations committee and would have made history as the first woman in the position. However, Maya was up against someone whose judicial and labour court track record has helped shape SA’s legislative and judicial environment, not to mention his impeccable State Capture Commission helmsmanship. That’s a pretty hard act to follow, no matter how good your credentials are, regardless of gender … something the politically charged nominations committee made an almighty meal of. This reprise of his track record by Professor Omphemetse Sibanda of the University of Limpopo’s Faculty of Management and Law is an impeccable summation of the man who will further shape our history and is well qualified by any criteria, to do so. Story courtesy of The Conversation. – Chris Bateman

South Africa has a new Chief Justice: an introduction to Raymond Zondo

Zondo is best known for his role as the head of the judicial commission of inquiry into allegations of rampant corruption, fraud and state capture during former president Jacob Zuma’s tenure (May 2009–February 2018. Zuma grudgingly established the commission in January 2018).

The commission’s work will go down in the annals of history as having defined Zondo’s tenacity as a fearless judicial leader. Presiding over the politically charged inquiry saw him lock horns with the former president, who bizarrely questioned his suitability to lead the commission after he had elected him to the position.

The commission tested Zondo’s mettle. It sat over more than 400 days of hearings, featuring more than 300 witnesses. According to the commission, about 1,438 people and entities were implicated by evidence before the commission.

The outcome, in a three-part report, made far-reaching recommendations in ridding the country of corruption, and setting up an effective anti-corruption framework.

Also notable is Zondo’s handling of Zuma’s contempt of court case before the Constitutional Court. It resulted in the ruling that led to the imprisonment of the former president.

So, who is Justice Raymond Zondo?

Raymond Mnyamezeli Mlungisi Zondo was born on 4 March 1960 in Ixopo, a small town on a tributary of the Mkhomazi River in the midlands of KwaZulu-Natal Province. Ixopo is most famous as the setting for the 1995 South African-American film, Cry the Beloved Country, based on Alan Paton’s novel of the same name.

The young Zondo’s father worked as a labourer in Johannesburg and his mother was a nurse aid. He is the third of nine children. He and his wife Sithembile Zondo have four children. One of them is a cricketer, Khayelihle (Khaya) Zondo.

During his training as a lawyer, he met with a great loss. His articles of clerkship in Durban under Victoria Mxenge, a human rights lawyer who fought fearlessly against apartheid, had to be ceded after she was assassinated by apartheid government agents in 1985.

He was appointed as a judge to the Labour Court in 1997. He then became a judge in the then Transvaal Provincial Division of the High Court, now the Gauteng High Court (1999). He was elevated to judge president of the Labour Court in 2000. The judge president’s role is to provide leadership to ensure judges in the division perform their judicial responsibilities diligently and effectively. Zondo saw another upward movement when he joined the Constitutional Court in 2012, later becoming deputy chief justice in 2017.

Zondo’s illustrious career is a tapestry of highlights: from lawyer to one of the senior judges in the South African judiciary. He has written more than 200 judgments.

In 1991 and 1992, he served in two committees of the Commission of Inquiry Regarding the Prevention of Public Violence and Intimidation, chaired by Justice Richard J Goldstone. Its mandate was to investigate the causes of political violence and intimidation in which some 20,000 people had died in the decade before the release of Nelson Mandela from prison, and the unbanning of the liberation organisations, paving the way for negotiations to end apartheid.

Also notable is that he was the first chairperson of the governing body of the Commission for the Conciliation, Mediation and Arbitration, the mandate of which is to resolve labour disputes speedily and cost-effectively.

In 1994, Zondo was appointed as a member of the ministerial task team tasked with producing a draft labour relations bill for post-apartheid South Africa. It culminated in the Labour Relations Act of 1995.

The General Bar Council has credited him with playing a major part in developing South Africa’s employment law into a respected, coherent and fair system of law.

One of Zondo’s significant judgments was in the case Modise v Steve’s Spar Blackheath. In this case, the trade union SACCAWU demanded that the store and other Spar stores agree to bargain collectively with the union. The store declined.

The majority of the employees who went on strike in November 1994 were found by the Supreme Court to have embarked on an illegal strike. It granted an interim interdict forbidding the strike. The workers were subsequently dismissed.

They appealed their dismissal to the Labour Appeal Court. Zondo, with acting appeal judge Mogoeng Mogoeng – ironically Zondo’s predecessor as chief justice – concurring, held that the employer was obliged to afford the strikers a hearing to decide whether to dismiss them. Also, that the right to be heard should be done prior to the issuing of an ultimatum to return to work or face dismissal, rather than afterwards.

Zondo set a precedence by finding that the principles of audi alteram partem (let the other side be heard as well) applied in labour law, and must be observed even in cases of dismissals in strikes.

Ultimately, this was the confirmation of the right to procedural fairness of unprotected striking workers.

It is clear from his many other judgments that Justice Zondo believes in upholding the rights and values enshrined in the country’s Constitution.

Another example was in Minister of Home Affairs v Tsebe. Zondo would not allow the government to extradite a murder accused to Botswana without receiving an assurance that the death penalty would not be implemented, as that would have been contrary to South Africa’s abolitionist approach.

The position of chief justice carries a great responsibility in our democracy. As the head of the judiciary, the chief justice is a guardian of our Constitution and the laws adopted by the freely elected representatives of the people. The chief justice stands as the champion of the rights of all South Africans and bears responsibility for ensuring equal access to justice. I have every confidence that Justice Zondo will acquit himself with distinction in this position.

The statement is a clear indication of the mammoth task awaiting Zondo in his new role.

His new role will include having to deal with what he identified during his interview for the job to be myriad problems affecting the country’s courts, including the delayed handing down of judgments. During the interview he had this to say:

I think that a chief justice in a country such as ours should be somebody of integrity, who can provide intellectual leadership, who has a demonstrable track record as a judge, somebody who is able to work with people and is able to appreciate the contribution of other leaders of the judiciary.