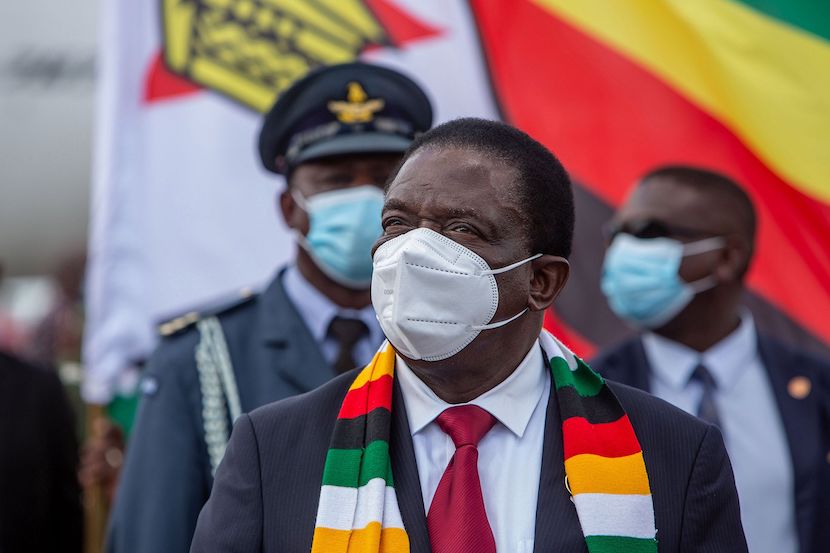 This latest article in author Cathy Buckle’s Letters from Zimbabwe is likely to pull on your heart strings with exquisitely colourful language. Buckle attempts to steer away from the depressing realities of the Russia-Ukraine conflict; our northern neighbour’s vote against the UN General Assembly resolution to suspend Russia from the UN Human Rights Council last week; as well as the devastating floods that have dealt yet another blow to the citizens of KwaZulu-Natal. Instead, Buckle describes a dilapidated Zimbabwean post office in the kind of distinctive style available only to someone reporting from the front lines. True to form, Buckle’s humility radiates throughout her article. – Nadya Swart

As dawn breaks in Zimbabwe, there’s a delicate pink in the wispy early morning clouds in the days leading up to Easter. We’ve missed the huge floods that are devastating Durban, which have left over 250 people dead and a trail of destruction with thousands homeless in South Africa. We’ve missed the worst of most of the cyclones that have lashed Madagascar and Mozambique over the past few months, and now we are preparing for the cool before winter. The grass is turning golden, the sun getting weaker and the dust getting thicker. The first aloes are starting to flower, bright orange, startling and alive with sunbirds. Early in the morning a quiet descends over the garden, there’s a predator about and then a goshawk drops down into the birdbath. Soft grey feathers, bright red feet and beak, it dips and bobs, fluffs out its plumage and streamlines itself for another day in the sky.

I was going to write about the fact that Zimbabwe came off the fence after abstaining in the first UN vote on Russian aggression against Ukraine a few weeks ago. But it’s too depressing to tell that story because this time Zimbabwe didn’t abstain, they voted NO to the UN General Assembly resolution to suspend Russia from the UN Human Rights Council last week.

I was going to write about the findings from Zimbabwe’s Auditor General’s 2020 report which tells of goods paid for but not delivered, inexplicable purchases, non-existent receipts, failure to reconcile foreign payments, ministries not aware of payments made and so it goes, on and on. But it’s too depressing to tell that story because out of the 161 findings raised from the 2019 audits, only 28% were fully addressed, 17% partly addressed and 55% not addressed at all. One journalist said it best when he wrote: “Mnangagwa’s anti-corruption threats have proved to be mere flowery rhetoric. It is all froth and no beer!” (ZIMIND)

And so I thought this Easter perhaps I should just write the story of our local post office. Long-time readers of this Letter From Zimbabwe may remember when I wrote about the Marondera Post Office being unable to pay the rent on its very smart premises in the centre of town in 2012 and they had to move out. They did it in shocking style as I discovered when I arrived to get my post and came across two men with sledge hammers smashing all the post boxes out of the walls, letters still in the boxes covered in dust and rubble. The post office moved to the old Rugby Club Bar at the Marondera Country Club, the pine ceilings making it dark and hard to see and the old bar top serving as post office counters.

In the 10 years since then, the dirt road to the Marondera Post Office has been a 4×4 off-road experience with a maze of huge potholes, minibuses everywhere and shacks and sheds popping up like weeds, selling everything from food to old tyres with young men fixing punctures, doing ‘hot recharge’ of mobile phones and anything else you needed. But this week that access road, the potholes, minibuses and young men have all disappeared. Trying to turn off the main road to go to the post office I couldn’t work out where the turning had gone, the whole road front has been fenced off with two-metre black plastic walls and you can’t get to the Marondera Post Office anymore. The talk is that the land has been sold by the municipality, there’s a dispute over title deeds and there is now no service road to get to the post office. There is no sign, no notice and no directions. Finally, I found a place to park, walked along a narrow path strewn with litter and lined with shoulder high grass, passed half a dozen hissing geese that lunged at me, the way geese always do, and I emerged at the back of the run-down old rugby club and went round the front to find a door and go in and pay a bill at the Marondera Post Office. Oh, shame on Zimbabwe, 42 years after independence, five years after Mugabe and this is what it takes to post a letter or pay a government bill at the government post office.

This Easter our hearts are with our friends and neighbours in South Africa and every moment of every day with the people of Ukraine. We feel almost guilty to be getting on with our lives while yours are being obliterated.