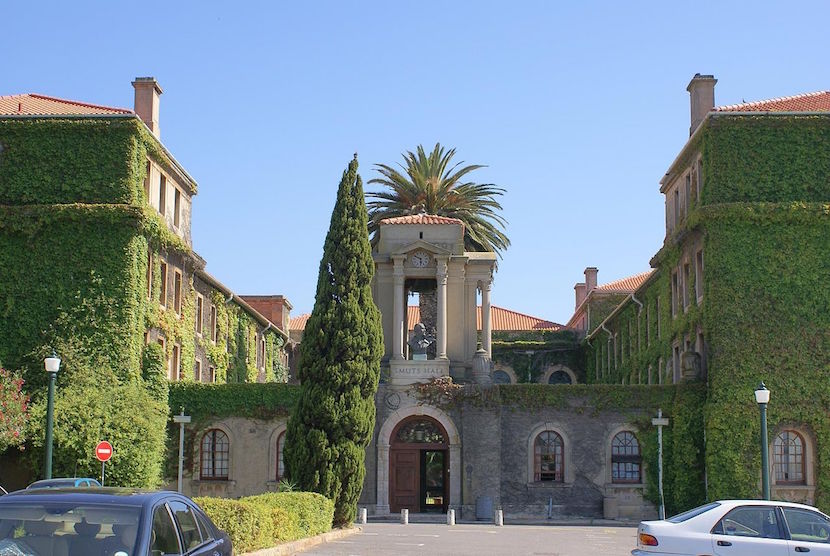 Very few commentators, especially academics, would have the courage to tackle today’s racial preferencing policies, so mainstream has this wokeness become. Yet, here UCT’s Professor David Benatar wades in bravely, taking on his own fast-declining campus as a high-profile example of how, when applied extremely, this practice renders vital institutions in South Africa a shadow of their former selves. At one point he compares cadre deployment at Eskom and the debilitating outcomes we experience daily to UCT’s racially corrective shenanigans. Pursuing demographic proportionality by admitting more students based race would mean admitting “vast numbers who are not at all qualified for university”, he asserts. Under UCT’s modus operandi, he says in his book – reviewed here by John Kane-Berman in the Daily Friend – “No white candidate can be appointed, no matter how good he or she may be, and irrespective of whether there is any appointable black South African candidate.” – Chris Bateman

Demographic delusions at the University of Cape Town

In today’s climate, it takes courage for an academic to speak out publicly against his university’s racial preferencing policies. That, however, is what David Benatar has done in The Fall of the University of Cape Town – Africa’s leading university in decline.

Last week, this column highlighted what Professor Benatar described in his book, published last year, as the manufacture of the ‘narrative’ of UCT as an anti-black ‘racist university’. In reality, he argued, there was much more evidence of anti-white than of anti-black hostility.

The claims by those seeking ‘transformation’ and ‘decolonisation’ that UCT is anti-black are deeply ironic, for this institution practises affirmative action on an extreme scale. Professor Benatar describes and critiques this.

Racial preferences in favour of blacks apply to admissions, appointments, mentoring and funding. UCT already has more black than white students, while most of the senior administrative staff, including executives and deans, are black. Whereas 7.75% of the academic staff at UCT were black in the broad sense in 1994, that proportion in 2019 was 31%.

But advocates of transformation want the demographics of students and staff to resemble those of the country. Professor Benatar says it is delusional to think this can happen without serious cost to universities.

The university provides remedial support to students who have been “moderately disadvantaged” by poor schooling. But it cannot compensate for 12 years of “appalling primary and secondary education”, the result of which is that only a small proportion of school leavers are qualified to enter university. Pursuing demographic proportionality by admitting more students on the basis of race would mean admitting vast numbers who are not at all qualified for university.

Further, he says, if black students continue to be short-changed in schools, failing either to matriculate or to obtain a university pass, “we cannot expect things to change dramatically for many decades to come”.

The pool of suitably qualified applicants for academic staff is even more limited than the pool of qualified students. It bears very little resemblance to the national demographics. It is further limited by the fact that suitably qualified blacks are more likely to be recruited by other public organisations and the private market, where strong racial preferences are also operative. Moreover, given that people considered for academic positions are people with degrees, they are among the least disadvantaged of blacks.

One way in which racial preferencing has been practised “in many instances” in academic appointments is by shortlisting candidates on separate lists. White candidates, no matter how superb, are not included on the A list. If no suitable candidate is found on this list, candidates on the B list are not considered. Instead, the position is re-advertised.

“Under this modus operandi,” says the book, “no white candidate can be appointed, no matter good he or she may be, and irrespective of whether there is any appointable black South African candidate.”

Also, says Professor Benatar, on “many other occasions a white applicant is passed over in favour of a much weaker applicant from a ‘designated’ [that is, black] group”. Although many excellent black candidates are appointed, the racial preferencing system means that many of those appointed from favoured demographics are going to be much weaker than those who could have been appointed.

The book describes in detail one case where the appointment of a faculty dean was delayed for a couple of years because a suitable and available black candidate could not easily be found. At the time of writing, half of UCT’s eight faculty deans were not yet full professors. This was not because of a dearth of full professors, but because most were from the “wrong demographic”.

Professor Benatar adds that the response to the extreme racial preferences practised at UCT is a conspiracy of silence. Most academics will not speak out against rigged hiring practices, even when significantly inferior candidates are appointed, “as is often the case”. Anyone who does not participate in the pretence that they are not inferior “is quickly condemned as hostile to transformation”.

One of the issues the book tackles is that of diversity. As the term is now widely used in South Africa, this does not mean diversity of opinion, which is arguably one of the most important kinds of diversity for a university to have. Both in South Africa and elsewhere, however, those demanding diversity are, in practice, seeking that proportions of staff and students reflect working-age national demographics.

He also questions the argument that diversity produces role models. If strong racial preferences are used in hiring, the role models so appointed might not be the best ones to emulate.

Bad for the countries that tolerate it

Professor Benatar further argues that racial patronage is bad for the countries that tolerate it. This was true of South Africa in the apartheid era, and it is also true today. Much of the reason why South Africa is on a steep descent is its system of racial (and political) patronage. Systems can tolerate a certain degree of patronage when other parts of the system are able to compensate. But when patronage is as widespread as it is in South Africa, systems begin to break.

Professor Benatar’s book prompts a question: “What proportion of that 74% are also in practice unqualified for their posts because of racial preferencing in their tertiary education?”

The Zondo Commission has helped to highlight the problem of cadre deployment, whose purpose has always been unashamedly nothing less than state capture. But we shall probably never know how much of the destruction of the public sector is due to cadre deployment, how much the result of corruption, and how much the result of racial preferencing both in public sector appointments and in academic institutions producing the personnel for such appointments.