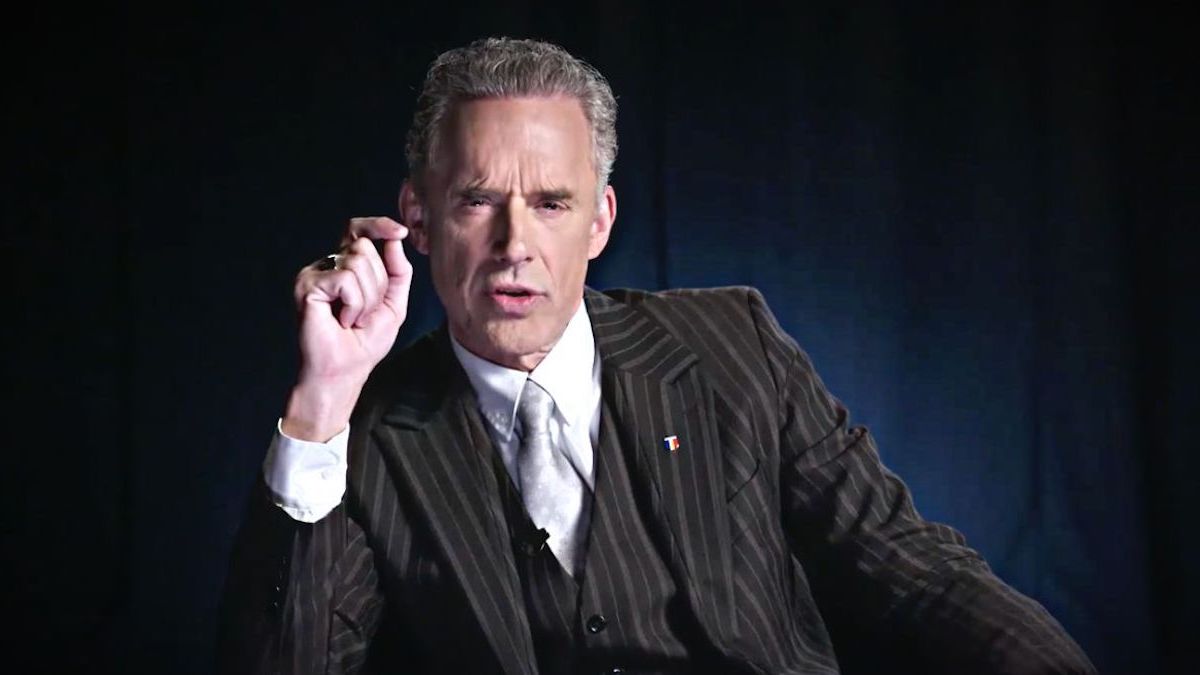 Jordan Peterson, a Canadian clinical psychologist, YouTube personality, author, and professor emeritus at the University of Toronto, has become a voice of authority on a host of issues – both psychological and otherwise. In an hour-long presentation, Peterson dissected the history of events which led to the current conflict between Russia and Ukraine. Peterson’s presentation ‘Russia vs Ukraine or civil war in the West’ is told in the same riveting manner as his bestselling books 12 Rules For Life and Beyond Order – 12 More Rules For Life. Drawing on theories from other leading voices, Peterson’s assessment is an absolute must-listen. – Nadya Swart

Jordan Peterson on the conflict between Russian and Ukraine

I want to read a piece for you today that I wrote recently over about a month, carefully assessing it with a number of experts on foreign policy. It’s called Russia versus Ukraine or civil war in the West. We are now several months into the conflict with Russia. I say we because we are all pretending here in the West that the real war is between Russia and Ukraine. But nod, nod, wink, wink. If we clandestinely, in some sense provide full support to Ukraine, maybe the Russians, foolish and backward as they are, won’t notice. And we can simultaneously pretend that we aren’t flirting with the prospect of a long, arduous and inconceivably destructive war.

I want to say at the outset that I think what Putin has done is unconscionable. God only knows what the impact will be, as all four of the horsemen of the Apocalypse are on the march again. I also think that the collusion of the leadership of the Russian Orthodox Church is even more unforgivable.

I have spoken publicly on my YouTube channel and podcast with American foreign policy expert Frederick Kagan, who was recommended to me by some of my conservative associates in the US, people with extensive political experience and simultaneous knowledge about foreign policy. Kagan is rather hawkish in his outlook and reputation and was criticised for this, as I was for hosting him in the social media comments section accompanying my YouTube channel. Our joint episodes, by the way, have been viewed or listened to by at least 3 million people. I’m saying this just to provide evidence that these discussions have had some impact in the broad public sphere.

Kagan essentially put forward the thesis that Vladimir Putin is a prototypical authoritarian and that Russia’s foray into Ukraine might be properly viewed as an expression of the imperial expansionism that characterised the Soviet Union. So this is the Cold War, round two. Accompanying this view is the interpretation of Putin as a thug in the Hitlerian mould, carrying a chip on his shoulder, interested primarily in self-aggrandisement and capitalising on Russian patriotism and an associated populist appeal to fortify his pretensions to empire and desire for an unlimited extension of personal power.

On the Western patriotic response to the Russian incursion

This perspective, which appears to characterise what might be called the Western patriotic response to the Russian incursion, has very real justifications. It appears part of uniting in response to an enemy, part of justifying what is necessarily a binary decision process. Are we at war or not? If yes, then the question arises: Is the enemy bad by definition, otherwise, the war is unpardonable. And if we believe that to be the case, we will enter the fray demoralised and compromise our chances of victory. But one of the primary justifications for a war, perhaps, is that we have something to gain. I see that we have little to gain in the current situation. And certainly much we could lose. Russia is a nuclear power. And we run the very real risk of backing them into a corner. And that, as is it, is only one of many of the options for disaster that currently face us.

On threats posed to Russia

Dr John Mearsheimer, of the University of Chicago, explains that NATO and European Union expansionism into Ukraine, the invitation proffered to Ukraine to join the EU, and the formal statement of the desirability of NATO’s extension into Ukraine has already and will continue to pose an intolerable threat to the Russians who view Ukraine both as an integral part of the broader Russian sphere of interest; and as a necessary buffer between the Europe that invaded Russia to terrible effect in 1812 and 1941. And that is no more trustworthy to Russian eyes now than previously.

On Zelensky, supporter of all things Western

Zelensky, the current president and supporter of all things Western, was and is supported by the Ukrainian speakers who live in the northeast. Add to that as well, the fact that the Ukrainian speaking supported government has placed increasingly draconian restrictions on the language rights of the Russian speakers in the northwest, a fact that all Westerners balancing the complexities of multiple languages in their own countries should be particularly sensitive to and understanding of. All this to say that Putin and the Russians have their reasons for concern over the situation in Ukraine.

On Russia, the petro giant and the history of Europe’s dependence on outside sources

Russia is a petro giant, providing almost 15% of the world’s supply of oil and natural gas and is extremely dependent on that single resource whose revenues make up almost 50% of the state budget and perhaps 30% of total GDP. Almost half of the Russian fossil fuels exported make their way to Europe, which has allowed itself to become dangerously dependent on such outside sources for one of its primary necessities, not least because of its full moral stance on issues of the environment. It’s not so easy for the Russians to get their oil and gas to market, partly because the behemoth country is remarkably landlocked in a practical sense. They’ve had to build extensive pipelines to do so. The two of those that serve the European market, upon which the economy of Russia is fundamentally dependent, passed through what are now other countries.

This is not convenient, to say the least, for the Russians, and has caused no shortage of conflict between them and Ukraine specifically, and has certainly encouraged constant Russian interference in Belarus, which is in some real sense a puppet state of its larger partner. When the Soviet empire collapsed, the huge oil fields around the Caspian Sea suddenly found themselves in the hands of the new countries of Kazakhstan, Azerbaijan, Uzbekistan and Turkmenistan.

After 1989, these resources attracted major attention from Western energy companies, and untrammelled production from the new countries posed a threat to Russian domination of the European energy market. This has produced unending tension in the region, not least around Azerbaijan, which has run its own pipelines to thirsty western markets through Georgia, invaded, non-coincidentally, by Russia in 2008, Turkey and Albania, thus partially circumventing Russian control over petro export.

The fact of this relative emerging independence has also allowed Azerbaijan to move further away from the Moscow centred sphere of influence and sets a worrying example in the Russian view to other developing post-Soviet countries in the area. Add to that the fact that 80% of Russia’s oil and gas exports once had to pass through Ukraine. Although this problem has been remediated somewhat, and the stage was and is set for trouble.