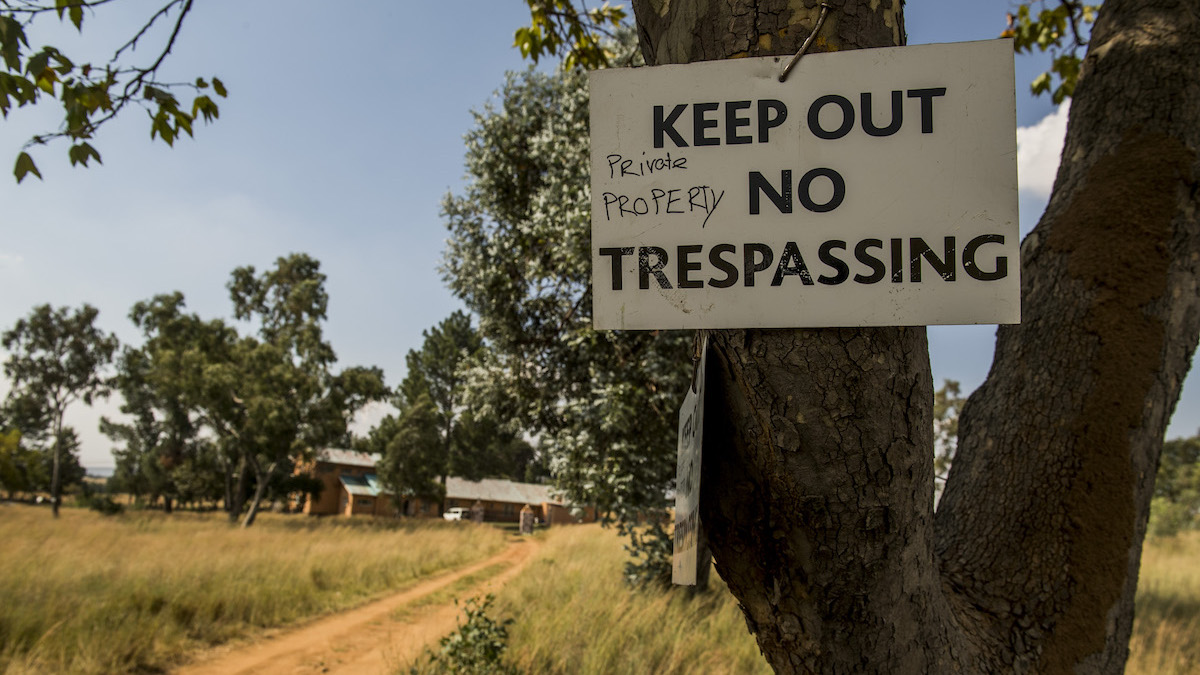 In this fascinating unpacking of veteran Business Maverick writer, Tim Cohen’s latest opining on property rights, Ivo Vegter, differs fundamentally with his assertion that they matter less to the poor than the rich. It’s a debate that lies at the very heart of the Free Market Foundation’s raison d’être and, says Vegter, Cohen’s assertion that you have to actually own some before the notion becomes tangible, is to white ant some of the most important work the FMF does. That the FMF continues to fight the good fight is all the more important because of the almost overwhelming dominance of left wing thought in South Africa today. A fascinating and important debate that goes to the heart of ideology and, in the capitalist view, the belief that owning property is one of the best ways of extracting yourself from poverty. Analysis courtesy of the Daily Friend. – Chris Bateman

Do the poor not need private property rights?

In a recent column about the future of the Free Market Foundation, Tim Cohen makes an interesting observation: “You have to actually own some property before the notion of property rights becomes really tangible.”

Tim Cohen’s article on the Free Market Foundation, which last week appointed the former head of the IRR’s Centre for Risk Analysis, David Ansara, to the position of CEO, is an interesting read.

Cohen is the editor of Business Maverick and has been around the block a few times. His opinions carry weight and are often correct.

He questions the continued relevance of the Free Market Foundation in a country where “the volume of left-wing thought in South Africa is dominant to the point of being overpowering”. On this, I agree. The majority of South Africa’s political discourse ranges from cautious centrist pragmatism to outright Marxism.

He recognises the tremendous personal stature of the FMF’s former CEO, Leon Louw, and how he led the organisation to become not only a respected think tank, but also a significant influence in the corridors of power. The latter is no mean feat when you’re surrounded by socialists.

I have no doubt he’s right when he says many people won’t like some of Ansara’s views. Many people didn’t like some of Louw’s strictly libertarian views either. I think Ansara can fairly be accused of being young and inexperienced, but he has a principled head on his shoulders. Whether he is up to the daunting task of rebuilding a damaged organisation, only time will tell.

It seems strange, however, that Cohen thinks nobody cares about the FMF, while in the same breath admitting he doesn’t think free market ideas are anywhere near dead, least of all in South Africa.

Without organisations like the FMF (among a few others), which produce detailed and extensive policy analysis based on free-market principles, how does Cohen think these ideas will survive?

Even more confusing is this passage: “For the poor, the notion that somehow a free market is going to improve their lives seems distant and inchoate. But the idea that the government should help seems much more immediate, practical, and meaningful.”

That is, in a simplistic sense, trivially true. It is very easy to sway the poor with promises of government largesse, and it is that greed that every socialist government in the world exploits and converts into authoritarian power. It is much harder to convince the poor that in the long run, free markets will pay greater dividends for their material wellbeing.

The question of whether they matter, however, seems more important.

Cohen continues: “The larger the middle class, the more ideas about rule of law and property rights resonate. But, you know, you have to actually own some property before the notion of property rights becomes really tangible.”

I’m sure Cohen doesn’t agree with this view, but it is curious that he leaves it unchallenged. His own overview of the activities of the FMF shows his view is mistaken. He says Louw positioned the organisation as a force for freedom for the poor.

Freedom for the poor

“Street vendors and township homeowners were just two of the sectors where the organisation focused its attention,” Cohen writes. “This was in stark contrast to the distinctly right-wing flavour of most free-market organisations.”

Cohen again leaves the left-wing fallacy that free markets and property rights matter only to the rich, unchallenged. The exact opposite is true, and the FMF itself has demonstrated that. Free markets are not merely a convenient policy, useful only inasmuch it achieves certain socially desirable results.

As a recent article by James Peron on the FMF’s website explains, free markets are only one part of the liberal package deal. They are rooted in, and derive from, the fundamental human right of individual freedom.

The rich have the resources to collude with government to increase and protect their wealth. For cronyist big business, free markets are actually a threat. They spawn annoying competitive ankle-biters. This is why big business is usually first in line to support burdensome regulations that put the riff-raff out of business.

The poor, by contrast, do not have the means to protect their property, or to harness and corrupt political power. For them, realising the right to private property is the difference between the ability to rise out of poverty, or remaining mired in it.

The police aren’t going to raid Pick n Pay and confiscate its stock because the retailer failed to obtain all the necessary permission slips from petty bureaucrats. For a start, Pick n Pay has entire floors filled with lawyers, clerks, and compliance officers to make sure that never happens. Second, Pick n Pay has power and would fight back vigorously. Third, even if it failed, it could take a fine on the chin; it wouldn’t be an existential threat to the business.

For street vendors, the situation is far more dangerous. They own very little and have no resources.

They operate in an informal sector where their property rights are routinely violated. In fact, police not only mercilessly enforce hostile bylaws, but many of them actively steal from vendors, or destroy their goods in service of local gangs who claim monopoly rights over certain territory.

Township dwellers, too, have a great need for the protections that private property and free markets offer them. Most are tied to the plot they’re on because they are tenants of the local municipality.

They have no power, and the land on which they built their shacks or houses are no asset. Even low-cost houses are often issued to the poor without basic freehold property rights that would justify investing in the property or could enable selling or mortgaging it.

Often, the terms of occupation of their house or shack means they cannot move to where there are work opportunities, because if they do, they lose their house and could not obtain a new one without going on a 10-year waiting list.

As small a start as it may seem to those of us who don’t live in such poverty, title deeds to a plot of township land, with full freehold rights, is the bottom rung on the ladder out of poverty, for many.

That the FMF focused much of its effort defending the property and trading rights of street vendors, and obtaining title deeds for township residents, tells us all we need to know about whether private property rights and free markets are more important for the poor or for the rich.

Cohen observes that free market ideology has taken a knock during the global financial crisis, and by the need for public healthcare during the pandemic.

The latter is unconvincing, since free markets do not exclude the possibility of public healthcare; it merely offers different models that are more likely to be responsive to patient needs.

That the global financial crisis severely damaged the reputation of free markets is true, but it is undeserved. That it was caused by “unregulated financial gizmos that smashed through the global economic wealthfare like an asteroid” is a left-wing trope that withers under scrutiny.

It was largely caused by loose monetary policy, which inflated asset bubbles, and government intervention in the mortgage industry which incentivised poor quality loans.

Former US congressman Ron Paul predicted the 2008 financial crisis in eerily fine detail as long ago as 2001. The government’s easy money, and its affordable housing policy, caused the 2008 crisis.

The instruments by which mortgage lenders sold the risky loans they were incentivised or legally required to issue did spread the contagion, but they did not cause the crisis.

When the leading Democrat on the House Financial Services Committee said things like, “I want to roll the dice a little bit more in this situation toward subsidised housing,” as Barney Frank did in 2003, why are we blaming mortgage lenders for gambling?

A self-professed supporter of free markets ought to dispel the false belief the crisis was caused by free markets, by pointing out the government intervention in the market.

The rich can buy protection for their property. Big business hates the competition free markets bring. The poor are doomed to destitution without private property and free markets.