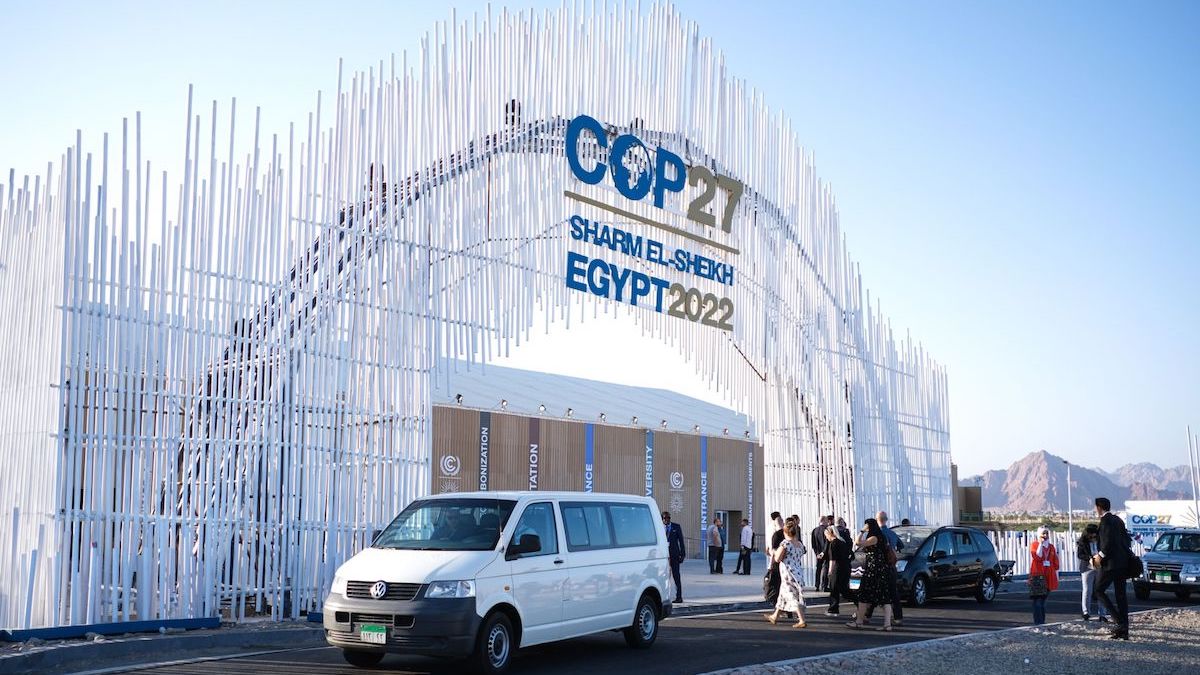 Nobody is safe from the acerbic satire of SLR, least of all those society seems to elevate to near sainthood on an appearance of wokeness or for mouthing the current politically correct platitudes. My favourite in this piece is his juxtaposition of former-guerrilla-turned-Namibian president Sam Nujoma in his shameless enjoyment of his luxurious new lifestyle, with post-Covid-19 mask-wearing, climate change ‘champion’, US Democrat Ed Markey. Nujoma’s rebuttal of a BBC reporter’s admonitory question is a classic expose of First World privilege. But climate change and those hypocritically on the woke bandwagon (they all are, according to SLR, especially at COP), is what provides propellant for his unerringly guided literary missiles. Were the piece to be an artwork, one can imagine his literary depiction of the recent COP gathering as a Ralph Steadman sketch with delegates sporting gargoyle-like heads and octopi arms and flying in on pterodactyls … and that’s when SLR is sober. – Chris Bateman

One jet noticeable by its absence belonged to a low-testosterone, flabby bellied, pertly breasted, platitude waving, vegan gamer called Sam Bankman-Fried. He wasn’t present because his scam, FTX, happened to be unravelling in real time, while COP parasites shoved Angus beef and endangered Patagonian toothfish in their faces. The vestigial flakes of credibility belonging to Gary Gensler and the SEC were being stripped away.

The idea that this GEN-Z creep came from nowhere to become the Democrats’ second largest donor – behind only George Soros – must be defenestrated immediately. He is the child of Democrat hyper-privilege, groomed by his Stanford academic parents whispering to the highest echelons of the party, far from scrutiny, where the rubber hits the road. But I do feel for the presidents, the unelected and the self-appointed, who would, unlike Tony Blair and Bill Clinton, miss a photo opportunity with Bankman-Fried. They were resigned to Reparations Village, where Boris Johnson held court surrounded by women who charge for intimate photos and videos. You have to credit Thots, as they’re known, for they have discovered the next frontier of simp exploitation is the climate. The men might arrive in private jets but, ultimately, they’re just like Boris: untrustworthy, damaged, vulnerable.

Sam Bankman-Fried, social justice warrior, made zero sense, and this kind of thing – especially when you package it alongside California-tech psychobabble – is addictive to troubled, unimaginative, establishment Daily Beast writers (one of FTX’s sub-scams was the “Together partnership”, in which Pharma shills were paid to make adverse findings against Ivermectin).

There was a moment that linked the destinies of COP and FTX. In 2020, prior to coof, Venezuelan President Nicolas Maduro found his mugshot on a WANTED poster along with a $20m dollar reward. Two years later, Maduro rocks up at the event to shake hands with … John Kerry, the failed presidential candidate reinvented as gluten-free Al Gore. When Robert Mugabe ambushed (then) Prince Charles into a handshake at John Paul II’s funeral, the press exploded. At COP, they said nothing, acknowledging perhaps that the opposing groups and their respective values are now so deluded, they’ve become the other without knowing it. It’s also worth remembering that one of the principal foundations of big climate is ESG. Guess who had an ESG rating higher than most companies? That would be FTX.

Last year, Sky announced it would start shoehorning subliminal, ahem, “climate emergency” content into its programming. “We call upon television to set the example,” a note squeaked. Then it was revealed that the American CEO, presumably having signed off on, well, propaganda, would leave for weekends back home … to the US. How do you think she got there, boys? On the back of a house-trained, obedient seal? Try Bombardier Challenger 350, with fresh orchids, just to take the edge off that limousine ride to the airport.

In 2015, I upset some particularly affected English people by saying I would vote for a shameless African dictator over a climate-chancing ponce like Massachusetts’ Democrat Ed Markey (it’s almost 2023 but Markey still insists on wearing a mask in his profile photos). This was because I remembered an encounter between former Namibian President Sam Nujoma and a snivelling BBC luvvie at a SADC conference, where the idiot had asked Nujoma why he had arrived in a private jet. Nujoma rolled his eyes: “Would you prefer if I came here in a donkey cart?”