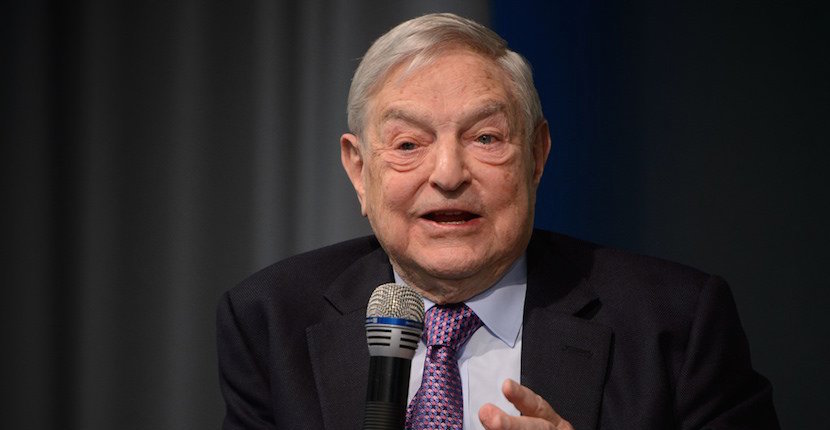 In the foreword to the Philip Fisher’s masterpiece Common Stocks and Uncommon Profits, his son admits that the great investor should have retired earlier as he went off the boil into his 80s. On the other side, Charlie Munger (92) opines that his long-time business partner Warren Buffett (85) is only now reaching his full potential. The rest of us need to decide which one is right after news that legendary hedge fund manager turned philanthropist George Soros is so bearish about the global economy he can no longer stay away from trading. In Davos earlier this year Soros identified the “one big theme” as deflation, warning that it boded ill for commodity prices and economies reliant on them. He has expanded that perspective, selling or shorting equities and jumping heavily into gold and gold shares. That news will hearten a global army of bullion bugs who, judging by my inbox, have been growing in confidence of late. – Alec Hogg

(Bloomberg) — Billionaire investor George Soros has become more involved in trading at his family office, concerned about the outlook for the global economy and the risk that large market shifts may be at hand, according to a person familiar with the matter.

Soros, 85, has been spending more time in the office directing trades and recently oversaw a series of big, bearish investments, said the person, who asked not to be identified discussing private information. Soros Fund Management LLC sold stocks and bought gold and shares of gold miners last quarter, anticipating weakness in various markets, according to a government filing.

A New York-based spokesman for Soros declined to comment in an e-mail to Bloomberg News.

The octogenarian and philanthropist, who built a $24 billion fortune through savvy wagers on markets, has taken a dim view of the world economy and particularly of China. In April, Soros said China’s debt-fueled economy resembles the U.S. in 2007-08, before credit markets seized up and spurred a global recession. Most of the money that banks in China are supplying is needed to keep bad debts and loss-making enterprises alive, Soros said at the time.

In January, the former hedge-fund manager said a hard landing in the Asian nation was “practically unavoidable,” adding that such a slump would worsen global deflationary pressures, drag down stocks and boost U.S. government bonds.

Read also: Soros switches into Europe, Asia – away from US stocks

His bearish view prompted him to pare back his U.S. stock investments by more than a third last quarter, betting against the equities while banking on gold. The value of Soros Fund Management’s publicly disclosed holdings dropped by 37 percent to $3.5 billion at the end of March, according to a government filing in May.

The Wall Street Journal earlier reported that Soros had become more involved in the firm’s trading.