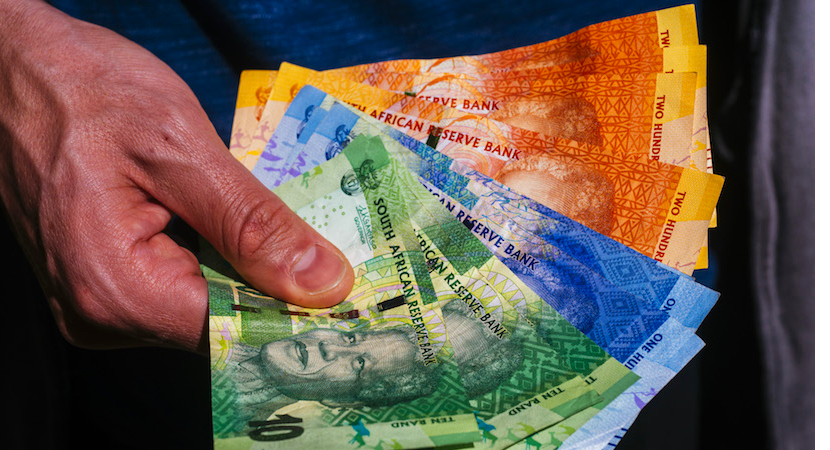 CAPE TOWN — You could call it the tweet-for-tat spat between US President Donald Trump and the People’s Republic of China president Xi Jinping – except it might trigger a global trade war with dire implications for ordinary South Africans. The tweeter of course is Donald Trump and the heavyweight tattler is Xi Jinping. With oil leading the rand, tit for tat trade tariffs have already hit the rand – and other South African assets. Not good news for middle to upper-income bracket, job-creating locals who’ve just seen a large slice of their income gobbled up by the VAT increase, a new sugar tax and a major petrol price hike. In fact, when Donald tweets, Dobsonville taxi owners (for example), twitch. That’s how interconnected the global economy is. The analysts cited below speak about fear in the marketplace. While Trumps’ religion is a source of much debate, he seems to take a leaf out of the 1478 Spanish Catholic Inquisition, his chief weapons being fear and surprise. – Chris Bateman

(Bloomberg) – The path ahead looks challenging for South Africa’s rand, if oil prices are anything to go by.

Concern that U.S. President Donald Trump’s measures will trigger a trade war may hamper global growth and weaken demand for oil, according to Mehul Daya, a strategist at Nedbank in Johannesburg.

“Oil leads the rand,” Daya said. “Sixty percent of the movement in the rand can be explained by changes in the oil price since 1990.”

Talk of tit-for-tat tariffs has already hit the rand and other South African assets. The currency led emerging-market losses Wednesday and was down 0.8 percent to 11.9065 per U.S. dollar as of 2:43 p.m. in Johannesburg. The yield on rand-denominated bonds due December 2026 jumped seven basis points to 8.09 percent. Johannesburg’s equity benchmark tumbled 2.3 percent as escalating tensions between the U.S. and China dragged emerging markets lower.

“It’s all due to those trade wars and a lot of uncertainty,” said Marius Grobler, a trader at Unum Capital. “Investors are seeing a lot of fear on the market.”

Since 2016, oil has recovered from about $28 to $68 a barrel. That’s supported the rand, strengthening it to below 12 per dollar from more than 16, according to Nedbank.

“The current oil price implies a fair value for the rand of 11.70 against the U.S. dollar, which is very close to where we are currently trading,” Nedbank analysts Daya and Walter de Wet wrote in a note to clients.

Investor expectations for lower oil prices may weaken the South African currency by as much as 5.9 percent, they said.

“Notably using these forecasts implies that the fair value for dollar-rand will likely be in the range of 12.22 and 12.44 over the next two quarters.”