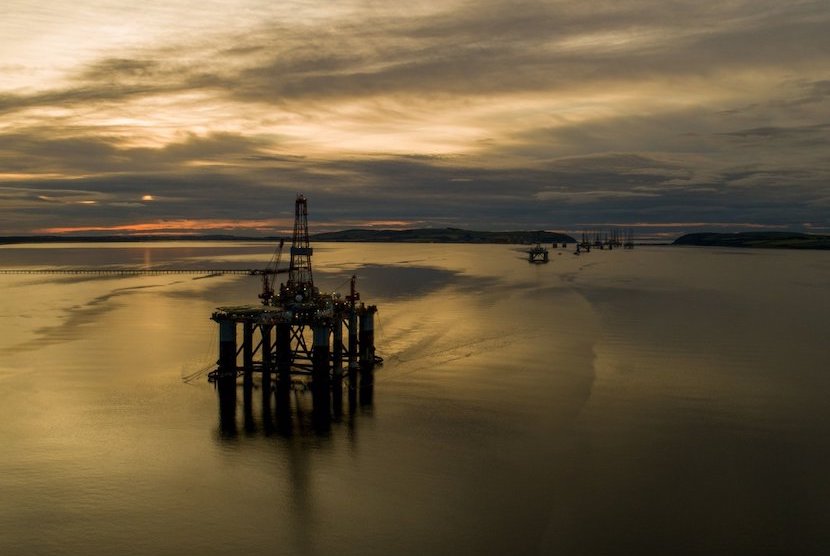 Like the Chicxulub asteroid that smashed into Earth millions of years ago to sound the death knell for dinosaurs, the Covid-19 pandemic has heralded the decline of oil and its slide into eventual oblivion. The signs of Big Oil’s slippery slide were obvious even before the advent of the coronavirus; the International Energy Agency predicts that 2020 global oil demand will be down 8.4 million barrels a day on last year’s output as oil majors struggle to stem their losses in a declining market. The slow-poison decline of the global oil industry is no better illustrated than by the plight of the once-mighty Sasol that, despite spreading its wings beyond South Africa, is in a race against time to transform itself for a reality very different to the heyday of the once revered liquid gold. – Derek Alberts

Covid-19 may do for Big Oil what the Chicxulub asteroid did for the dinosaurs when it struck Earth 66 million years ago.

Much like the “terrible lizards,” Big Oil was already in decline before the novel coronavirus hit. The world in which they thrived is changing around them and they face multiple threats to their future health. But the outbreak’s impact has accelerated the process.

The pandemic has slashed oil demand, taking prices down with it. Producers everywhere were slow to react. Now the recovery is taking longer than initially expected, as infection rates remain stubbornly high in the U.S. and they spike again in Europe.

For this horrible year, the International Energy Agency sees global oil demand 8.4 million barrels a day lower than it was in 2019. In 2021 it will still be 2.5 million barrels a day down on last year. The other major oil forecasting agencies see a similar future. That makes the next couple of years an uncomfortable time for all oil producers.

In the second quarter, when the pandemic had its most dramatic impact on oil demand and prices, European oil majors were able to offset some of their losses with huge profits from in-house trading teams. It was a period of extreme price volatility. They won’t have that buffer in their third-quarter results.

Read also: Why oil prices fell off a cliff but left Sasol behind: energy expert. LISTEN

The struggles faced by Big Oil are clearly reflected in their share prices. Exxon Mobil Corp.’s value is now just half what it was at the start of the year, and Chevron Corp. is down by a little less than 40%. Royal Dutch Shell Plc has fallen even further.

It’s been a particularly bad few weeks for Exxon. First it lost its place in the Dow Jones Industrial Average, leaving rival Chevron as the index’s only oil company. Last week it briefly ceased to be the largest U.S. oil company by market value for the first time since it began as Standard Oil more than a century ago. That crown, too, passed to Chevron.

Exxon is facing a backlash for its unwillingness to adapt to changes in the planet’s physical environment. The Church of England Pensions Board sold all its holdings in the company after it failed to set goals to reduce emissions produced by its customers. Oil rivals, particularly those based in Europe, have moved more quickly to set themselves ambitious carbon-reduction targets, although it’s important to maintain a healthy skepticism over their ability to reach them.

While the pandemic will hopefully subside, the pre-existing threat from the shift away from carbon-based fuels won’t. Both BP and French oil major Total SE now see global oil demand plateauing at close to 100 million barrels a day by 2030, before starting to fall. Shell also expects demand for oil products to peak, “whether it is this decade or next is anybody’s guess,” De La Rey Venter, a Shell executive, told the FT Commodities Global Summit last month.

Even the Organization of Petroleum Exporting Countries can now see a peak coming, a notion it had previously called misguided. OPEC’s latest World Oil Outlook, published last week, says the world’s consumption of liquid fuels will reach a plateau around 2040.

OPEC’s outlook points to one more challenge for Big Oil. It forecasts that oil production from non-OPEC countries will stagnate and fall after a rebound from pandemic-hit production levels by 2025. When it does, the world will need OPEC members to pump more oil, even as demand stagnates. While the oil majors can theoretically explore for and pump crude anywhere, they’re excluded from the one country that offers the most attractive combination of ample reserves and low costs — Saudi Arabia.

Some dinosaurs lingered for another million years after the Chicxulub asteroid struck. Others evolved into more than 10,000 species of birds. The Covid-19 pandemic won’t bring about the imminent demise of Big Oil companies. But it will almost certainly hasten their metamorphosis, and those that can’t change will go the way of Tyrannosaurus Rex and Brontosaurus.