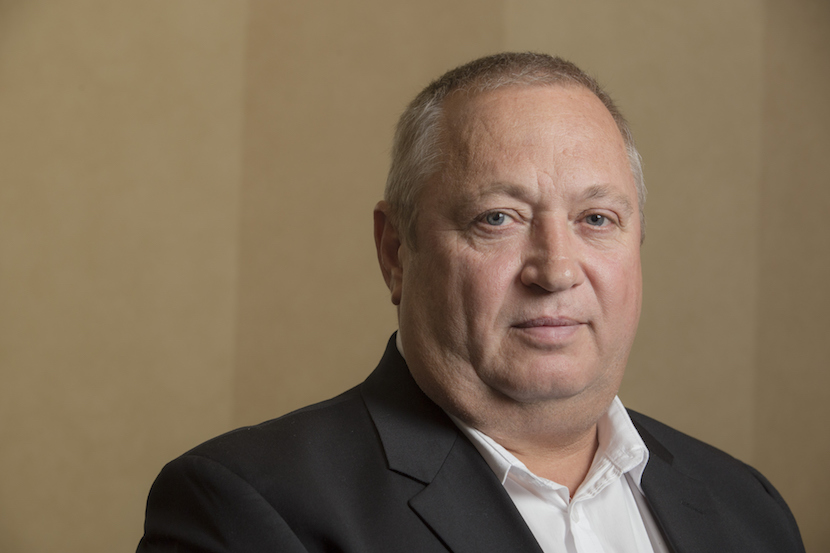 Recently, Sibanye CEO Neal Froneman put out an invitation to AngloGold and Gold Fields to merge, in what he said would be ‘in the national interest’. Piet Viljoen, fund manager of the Counterpoint value fund, weighs in on Froneman’s statement. Sibanye and AngloGold are both in the Top 10 holdings of Viljoen’s fund. When asked whether a merger would be in the interest of investors, he said ‘I think shareholders should sit back and see what happens’. – Jarryd Neves

Piet Viljoen on whether a merger between gold companies would be in the interest of investors:

It’s hard to say. It depends on the terms of the merger – if it’s a take out or a merger. I think Neal [Froneman] is a smart guy and he’s flying a kite to see what will happen. I think shareholders should just sit back and wait to see what happens.

On whether a merger is likely:

Every time gold company share prices go up, [you] eventually get M&A activity. We haven’t seen much of it yet in the cycle. I think this is an indication that it’s starting to come. Previously we had the whole Harmony/Goldfields saga – about 10-12 years ago – when I think Bernard was trying to create a national champion as well. I think Neil is now trying to fly a kite, to see if it will work this time. Again, it’s hard to say whether it will create value for Sibanye shareholders, for AngloGold or Gold Fields shareholders.

I think the cash flows the business will generate [over] the next five to 10 years is bigger than the current market cap. I think one isn’t paying a lot for those cash flows. They’re right in front of you, they’re short duration cash flows. They’re not subject to discount rates going up and being devalued because higher discount rates. I think it’s a fairly safe investment. It might not be a massively high returning investment, but I think it’s a fairly safe investment.

I think the current share price is discounting a lot of risks. But in my opinion, I think those risks are recognised in the share price. So you’re not taking on unrewarded risk. I think it’s important for investors to realise, any investment you make – whether it’s a tobacco company, IT company or a mining company – you are taking on risk, some that you might know of and some you might not even know of.

The investor may need to judge whether the risks you’re taking on – are you being paid to take on those risks or are you taking on unrewarded risks? I think in the case of BAT, I think you’re being paid very handsomely to take on the risks that are present in the company.

On Discovery and Sanlam:

For me, it’s not always either/or. I think both are very good companies. We bought Discovery last year, when the market was saying that its business model was under pressure due to Covid. We just thought that a business like Discovery has lots of irons in the fire and we think they would survive – which they did. It was just on the basis of that.

We do think that a pure insurance company a financial service/insurance company like Sanlam – is probably a bit more risky than a more diversified business like Discovery. The thing that finally tipped in our favour is, I think if you look at Discovery, it has a lot of optionality.

It’s got a lot of businesses that have started – bank, vitality, UK business and the Chinese business. So it has a lot of optionality. In volatile markets, we think the value of options go up. When you look at Discovery as a basket of options, we think – in these volatile markets that we are living through at the moment – the value of the business actually is higher than otherwise would be the case.

I think there’s two things that have affected Naspers/Prosus over the past while. the one is there’s a distinct rotation out of growth into value, worldwide. I think Naspers/Prosus is subject to that. At the margin, there’s less buyers of growth stocks and more buyers of value stocks. It puts a bit of pressure on the share price. But that was accelerated by the announcement of the Chinese regulators, that they placed fine on the fintech businesses of Tencent, Alibaba and others in China.

Which, I think, again, reinforces the view that the Chinese government is taking a much more stringent view of the financial services businesses in China. I think that could crimp the growth prospects for that part of the business. Government regulation isn’t always great, and I think the Chinese government doesn’t really care too much for shareholders at the end of the day.

The market is looking at this and trying to see where it’s going to go. I don’t know. I do think that a business like Tencent is another fantastic business, but it does face a lot of risks. Government regulation is one of them. Those risks – as opposed to BAT – are not priced into the share price. The market is taking a very optimistic and rose-tinted view of the future. I think when this sort of thing happens, it just reinforces the view that there are risks there, that are not priced into the current valuation.