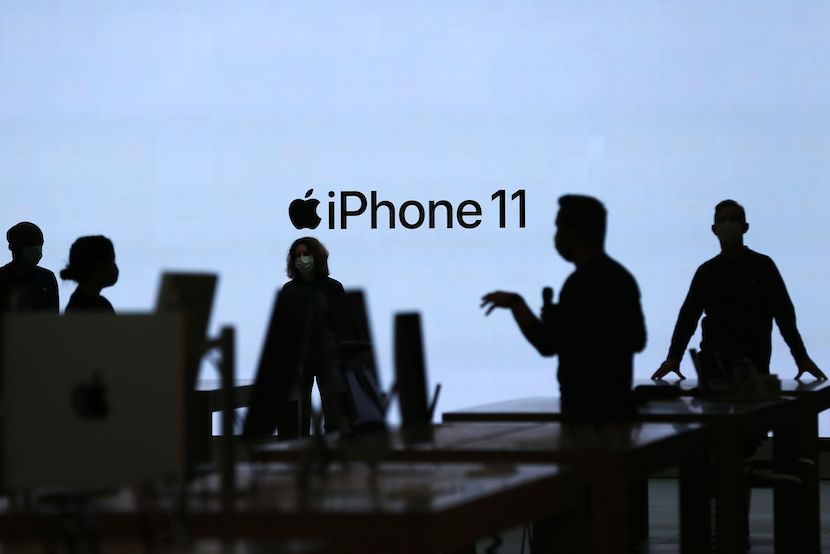 Apple shares roared to all time highs on Wednesday as technology companies continue to make new highs despite inflation and lofty valuations concerns. After a mini comeback from value shares over the last six to nine months, growth outperformed value by close to 8% in the month of June. The tech-heavy Nasdaq index continues to make new highs on a weekly basis. Although emerging tech shares have come off from their peaks of the beginning of the year, the FAANGs (Facebook, Amazon, Apple, Netflix and Google) are flying on all cylinders. Apple is a large constituent of the BizNews portfolio and a consistent out-performer since its inclusion years ago. – Justin Rowe-Roberts

(Bloomberg) – Apple rallied to close at record high Wednesday amid optimism on its corporate growth outlook for the second half of the year.

It gained 1.8% to close at $144.57, smashing its January peak as some on Wall Street forecast a stronger rally over the next six months with iPhone sales poised to climb. It rose for a seventh day, the longest winning streak since April, propelling its market value to $2.4 trillion. Its shares remain slightly below an intraday record of $145.09, also set in January.

“Apple has really woken up over the past month, and over the short term its business prospects are pretty good,” said David Katz, chief investment officer at Matrix Asset Advisors. 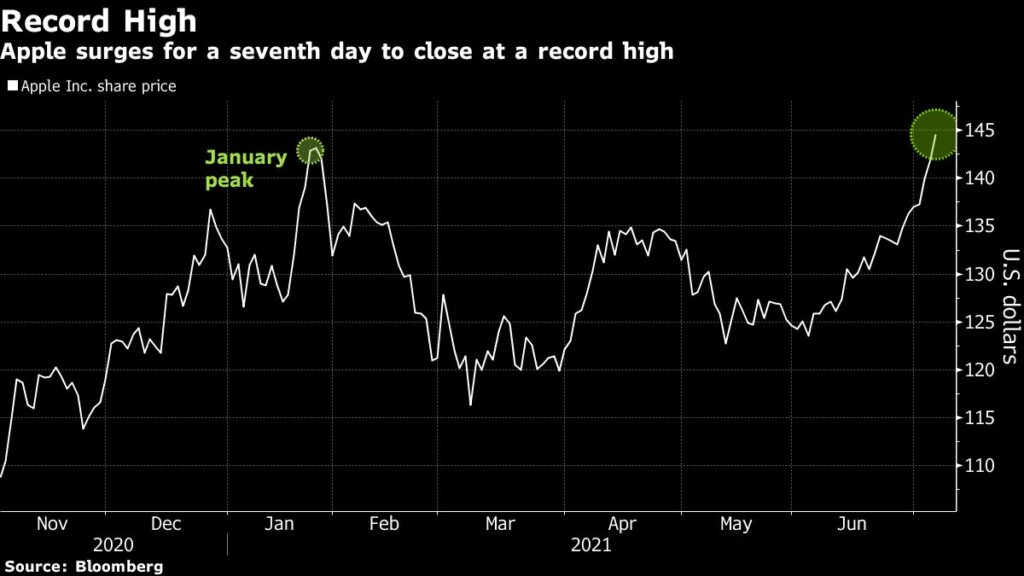 Its shares have advanced about 9% this year, trailing the double-digit gains of other megatech firms as investors waited for more information on its growth potential while its peers reported strong developments in their key businesses. The S&P 500 Index, of which Apple is the biggest contributor with a 6.2% weighting, has gained 16%.

JPMorgan recommended investors buy Apple shares after they lagged their tech peers and the broader market in the first half of this year. “Time to start buying again,” analyst Samik Chatterjee said in the report on Tuesday. The tech giant’s stock is expected make a comeback in the second half on a resilient volume outlook for the iPhone 12 series and strong expectations for the next iPhone, he added.

The rotation out of growth stocks into the value trade earlier this year may have held its rally back but other members of the FAANMG group are still posting strong returns. Microsoft Corp. is up 26% in 2021 after recently joining Apple as being one of only two US public companies to be valued at more than $2 trillion. Amazon.com has climbed about 14% this year, while Alphabet rallied 44% and Facebook advanced about 28%. The Nasdaq 100 Index has risen 15%.

“In the first half of the year it took a bit of a breather as the market rotated into value names that had been left for dead and did look attractive,” said Wayne Kaufman, chief market analyst at Phoenix Financial. “Some tactical money went out of names like Apple and into names like energy, but I think that rotation has mostly run its course.”