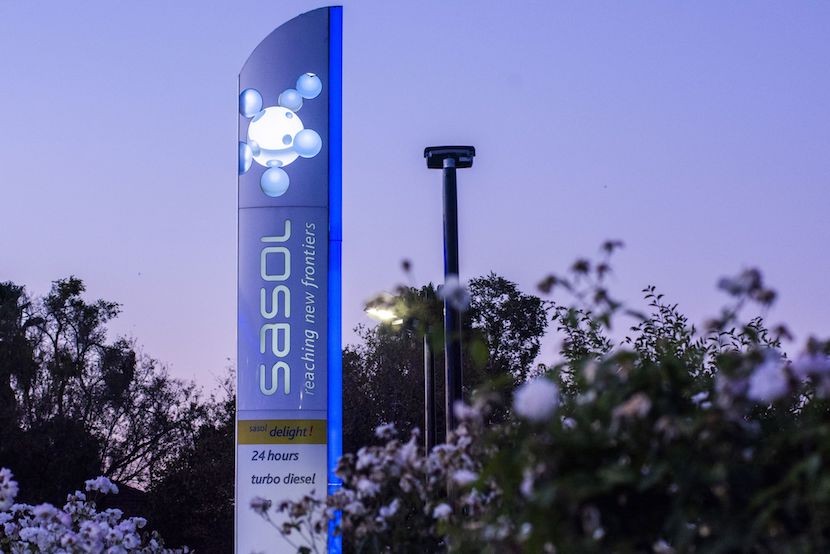 David Shapiro joins the BizNews Power Hour all the way from Boston, Massachusetts. The Chief Global Equity Strategist of Sasfin Securities touches on the mood surrounding Afghanistan in the US, and comments on how Covid-19 has affected businesses in the Big Apple. Together with Alec Hogg, Shapiro weighs in on Sasol – which recently released their results – and Naspers/Prosus, which recently concluded its share swop. – Jarryd Neves

David Shapiro on the mood on Afghanistan in the US:

For most of the people in the street, I don’t think it matters much. From a political point of view, it’s making a lot of news and it’s now starting to occupy media space in big way. There is no conclusion – only that it’s been 20 years since they went in, which was mainly to beat al Qaeda. All that this does is open up for al Qaeda to come back – with American arms, much stronger again. Who’s to blame? This has gone through four different presidencies – from Bush to Obama to Trump [and] now Biden.

[There’s] a lot of concern [around] what it means for American foreign policy – how the rest of the world will now look at America. That’s what they’ve got to address, to say, “look, this wasn’t a major part of our policy.” Plenty of discussion going without any real conclusion.

On how Covid-19 has affected businesses in the US, particularly New York:

In New York, from today, if you’re going to a restaurant, you have to show your vaccination card to [prove] that you’ve been vaccinated. You can still eat outside, but there’s still quite a bit of concern. I want to make this differentiation – there’s Wall Street and there’s Main Street. Wall Street is doing brilliantly, because those companies have survived, they are vibrant and money is going in – they’ve got liquidity. But from the hairdressers [and the] restaurants and to the lower levels, I think the pain is still being felt.

You can still see so much retail space up for rent in New York. I’m having a debate about this, but the tourists are not there. I know that Broadway is going to open pretty soon and that draws in crowds and a lot more activity. But when I walk through Central Park, I would always bump into literally thousands of tourists walking with their families. I haven’t seen that [this time]. Why I say that is that tourism, like any other element of an economy, is quite important. I just haven’t seen the tourists in New York. The big department stores; you don’t see throngs of people there.

Sasol has done numerous things to get back to where they are at the moment. What I want to do – and what we have to do – is actually go through the full details of what remains and how strong the remaining businesses are, to actually try and get back to where they were. I think that’s where the answer is. The market is down a bit today, and I think it’s simply because they’ve given warnings about lower production ahead.

I’m assuming that, that they’re not as [productive] in the chemical sector and the fuel sectors. Other sectors won’t be as strong as they were (this coming year) for whatever reason. Sasol is in far better shape and credit to management for getting it there, and taking down the debt to the levels that they have. But that always comes with a price – sometimes you have to sell some of the crown jewels to get to that point of survival.

I think we’ve got to look at the Chinese story. Whether we like it or not, it’s still their main asset. One has got to try and work out where China are heading. Each day, they seem to change or shift direction. I think people are still very concerned about what the future of the Chinese economy is. It’s more the political side of it – and how they are going to apply their authoritarian rule to businesses. You dare not step out of line. “This is how we think and as long as you think within the same lines, you’re okay.” I think we’re going to have lots of ups and downs.

Tencent, AliBaba. All these businesses are huge – and I think the Chinese are very proud of it. I’m still a little concerned. Everyday you wake up, you don’t want to find another shock. I think they’ve even stated that this is a five-year look into businesses and how they want it. Remember, it’s a communist country. A communist country looks after its people and wants them to be equally educated, [receive] equal health – all those kind of elements.

When these businesses start to buy away from that element and get too big for their boots, they cut you down to size. I think that’s going to be our big challenge, how we look at it. I suppose the hope is that Bob Van Dijk with Prosus can actually find something to compensate for that. I haven’t found anything yet – it’s lots of bits and pieces. They’re doing OK, but I don’t think they’re doing well enough to really take away the appeal of Tencent.