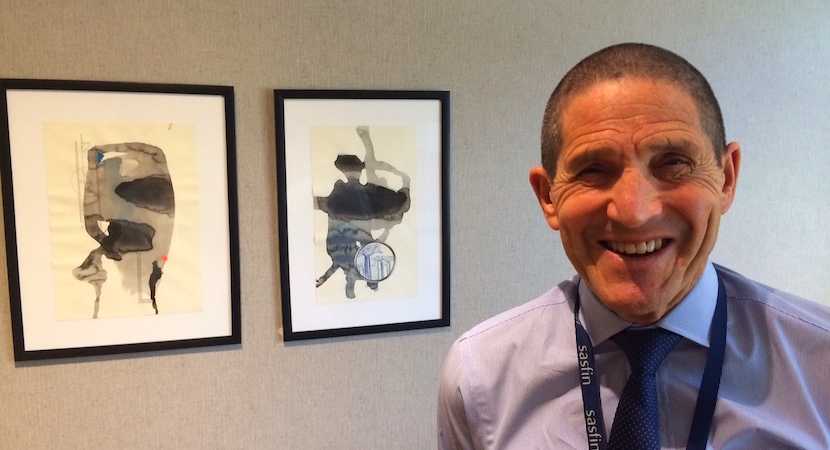 Seasoned analyst and market commentator David Shapiro of Sasfin joins the BizNews Power Hour as co-host for another interesting discussion on movements in the market. Speaking from New York, Shapiro gives insight into how Covid has battered tourism and the retail market in the US, while residential property prices are on the rise. He also cautions against the Chinese government’s unpredictability and sheds light on how the anarchy in South Africa could affect tourism and emigration. – Claire Badenhorst

David Shapiro (from New York) on how Covid has affected the US:

It’s coming right, Alec, but there’s still a lot of concerns; they’re still very worried about Covid. You can see it in the faces of people. When you go inside, you still have to wear masks and also, restaurants are cautious about seating people inside. So they’ve all built these kind of temporary structures that encroach onto the street where each booth is demarcated by a kind of a plastic panel, so you’re not on top of each other. So they are trying to adapt as best they can. What I have noticed is an absence of tourism. You know, you’re not seeing the many, many tourists that you would see at this time of the year in New York, you know, you used to see hordes of Europeans and hordes of South Americans coming through. So I have no doubt that the retail side has taken a bit of strain and of course, that’s going to affect the economy. All along the way you see closed shops and big branches, international houses with closed shops, so there are a lot of vacancies in the retail space here.

They’re out of business. So it could be that tastes are adapting. People are changing their habits and have gotten used to e-commerce and that. But I also think it’s just issues that we’re going to face coming out of this pandemic. Rentals, on the other hand, are going up here, or if not going up, they’re holding and property values are going up. You can pick up that housing or apartment prices are starting to pick up now.

On whether the US is driving vaccinations:

Oh, absolutely. Here you see the adverts and all those adverts are around ‘get vaccinated’ and all the local news as well, the local channels are all around the vaccination and the benefits of it. It’s a big story. Now, the other thing they are saying, when the restaurants do open up inside, you will only be able to go in with your vaccination card to show you’re fully vaccinated. There’s a big debate [about] whether it’s human rights or not, whether it’s my right to have a vaccine or not – those will continue. But the proprietors of businesses are saying listen, these are our rules, you want to come in, come in but get vaccinated. So it’s still a campaign and a very strong campaign.

On what’s been happening with the Chinese government:

I’m not going to hang around to wait for it. So we’ve reduced our exposure. A lot of our clients have owned Prosus and Naspers for a long time. The capital gains liability is enormous. Absolutely enormous. I’m talking about, if you had these shares for eight, nine, 10 years, your capital gains liability is something like, you’ve made 90% profit on these. You’re up eight or nine-fold. So you pay capital gains to get out of it, it’s a massive, massive hit. So you’ve got to measure up the risks versus what you’re going to pay in capital gains and whether this is going to pass as temporary. We’ve taken the point of just reducing exposure, and I think that’s the best thing to do because I’m on your side. I think this is a lot more serious. It’s just the way, the arbitrary way, the way that they just make these announcements, the spiritual opium and issues like this.

I’m just worried about the way that China is going about this. They give you assurance, one week later, boom, they hit you again so be careful. The Chinese want to control the way their people act, what they do, they don’t want any tall poppies. They don’t want anybody to get out of line of their authoritarian rule. So I’m very concerned about where this is going.

On whether scenes of anarchy have changed US impressions of SA:

No doubt. They are very concerned because they see it in the same way as, you know, the news media focus on those areas. But I think it’s just the way that it went about and those are horrific scenes that went around so they’re very concerned about where South Africa is. And yet, just looking at the market today – banks, retailers, all of these going through the roof. I’m trying to get that in my mind. Maybe China’s story or concerns about these issues are now driving people back into SA, into retailers and saying, well, we’ve got to put the money somewhere – this looks like a decent bet. I’m guessing at this. I don’t know the reason, but I’ve just seen some very strong gains and it might be this view. So let’s move out of the big picks and look for somewhere else. But don’t dismiss what this has done to our image, this is not something that’s going to pass as well. I think those are very disturbing images that are in the minds of people. Tourism, I’m not sure. I think even if things do open up I think the concerns about visiting South Africa will be very intense.

We’re suffering. We don’t realise that we are suffering from the effects as well of those people who left in the ’70s, the ’80s and thereafter. The average age of the Jewish community is now, I think, in their 60s. The average age is in the 60s. We are suffering as a result of that. Those younger people who could emigrate and those are the ones who would have made a much, much bigger contribution to the growth of the country.

On what he would suggest to Cyril Ramaphosa given the chance:

I think we’ve said it before; I think that there’s got to be an ideological shift. There’s got to be a shift towards embracing the people that remain. The talented people that remain. It’s just to make everything inclusive and to bring back those people who we have pushed aside. I know so many accountants and so many skilled people in South Africa who would love to contribute if given a chance, if encouraged to come in. I keep saying it and I’ll say it as many times as you ask me to say it, we’ve got to roll out the red carpet to investment. Instead of giving them a rulebook when they come in, roll out the red carpet to investment and embrace them and say, listen, what must we do to make you successful in South Africa? What do you want from us that will make you happy in South Africa? And if it’s security, then address security; if it’s labour issues, address those labour issues. But that’s what business people want. They want to feel secure.