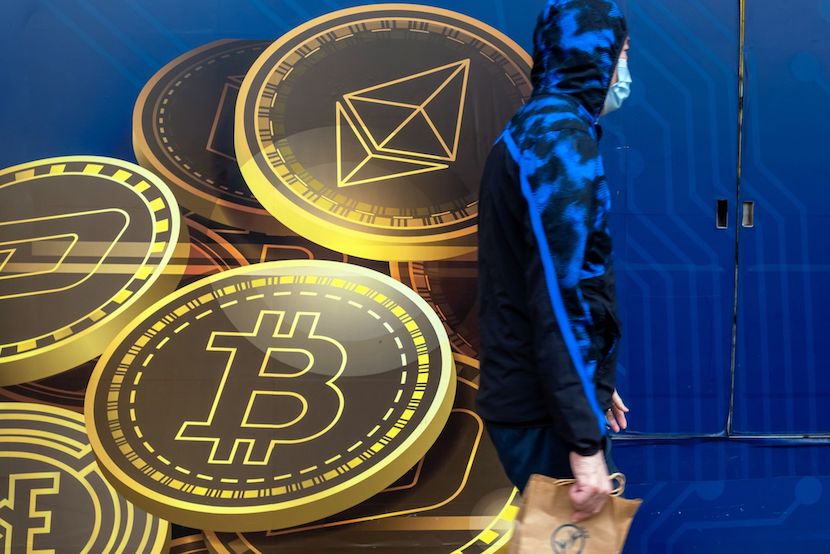 El Salvador has made history as the first country to adopt bitcoin as legal tender. The implementation of the premier cryptocurrency as the national currency began yesterday, with the digital coin nosediving nearly 20%. Vice President of Finance at the Purple Group, Rob Graham, joined the BizNews team to discuss the challenges and opportunities that El Salvador will face in the coming months. International regulators have warned against the Central American country using bitcoin as a currency, with volatile price action making it difficult as a medium of exchange. Graham, a cryptocurrency enthusiast, gives fascinating insights into the application of bitcoin from a transactional and logistical perspective. – Justin Rowe-Roberts

The government is rolling out bitcoin ATMs, an e-wallet and stylish kiosks, but the launch had hiccups

By Santiago Perez and Caitlin Ostroff of The Wall Street Journal

SAN SALVADOR, El Salvador—Tiny and impoverished El Salvador’s move to become the first country in the world to adopt bitcoin as legal tender got off to a bumpy start, as the government took its bitcoin e-wallet offline for several hours after tens of thousands of people tried to download the app, overloading servers.

The administration of President Nayib Bukele, 40, plans to spend more than $225m on the rollout, including a $30 credit in bitcoin to those who take up Chivo—local slang for “cool”—the government-run e-wallet that can be used for purchases in bitcoin or U.S. dollars.

But the Chivo wallet didn’t show up on major app stores early Tuesday. Some users said on social media that they weren’t able to sign up with their phone numbers or official IDs.

Bitcoin enthusiasts around the world showed their support for El Salvador on Tuesday by each buying $30 of bitcoin. Still, bitcoin was at $46776.65 as of 5 pm Eastern time Tuesday, down 9.9%.

The crypto asset has proven to be much more volatile than traditional currencies, as it lacks economic fundamentals to support its value and trades entirely on sentiment.

Mr. Bukele said the government took advantage of the drop to buy 150 bitcoin. El Salvador now holds 550 bitcoin, Mr. Bukele wrote on Twitter, most of it purchased since Monday.

Crypto enthusiasts called Tuesday B-Day, or Bitcoin Day, “because we are very eager to see how the ecosystem develops,” said José Luis Guillén, founder of Coincaex, a Central American foreign-exchange platform to buy and sell bitcoin or U.S. dollars. Coincaex aims to be among the first foreign bitcoin service providers to get a license from the central bank.

Bitcoin’s adoption will be closely monitored by crypto advocates, global financial institutions and governments around the world.

“It’s a pretty monumental step in the evolution of bitcoin,” said Garrick Hileman, head of research at Blockchain.com, one of the world’s largest cryptocurrency transactions firms.

The government is also rolling out a network of 200 bitcoin ATMs and building a chain of stylish, Chivo-brand kiosks with staff who will introduce consumers to bitcoin at plazas around the country.

There was little activity at the Chivo kiosk in the busy Antiguo Cuscatlán square in the country’s capital on Tuesday. Some residents inquired about the wallet as a team of young Salvadorans in charge of promoting the state-run app stared at their cellphones to check on the status of the rollout.

“There are always glitches, but these problems don’t mean anything,” said Luis Alemán, a 61-year-old resident who plans to use the Chivo wallet to receive remittances from his children living in the US and save on fees charged by financial-service companies.

“One more day of waiting doesn’t affect me,” he said.

Many Salvadorans also took to social media to show images of fast-food chains such as McDonald’s and Pizza Hut accepting bitcoin as payment.

The stakes are high for the indebted Central American country of 6.5 million. Economists say that bitcoin’s sharp fluctuations risk denting the tax revenue and foreign currency reserves of a government that has neither the policy tools nor the financial firepower to contain a speculative attack.

“The government is betting more than $200m in a virtual casino, and that’s taxpayer money,” said Ricardo Castañeda, senior economist at the Central American Institute for Fiscal Studies, a think tank.

The Bukele administration has also shrugged off warnings from creditors such as the International Monetary Fund, which advised against the adoption of privately issued tokens that bypass authorities and open doors to illicit transactions.

Government officials say bitcoin’s adoption will lead to affordable financial services in a country where an estimated 70% of the workforce operates in a vast underground, cash-based economy.

Many business owners like the government’s initiative because it widens payment options for clients with an easy-to-use mobile app that eliminates costs such as the credit-card fees that banks charge to merchants.

“My mother believes that bitcoin is a thing of the devil, but bitcoin has a lot of advantages,” said Fernando Alvarenga, whose family-owned business manufactures metal bed frames and industrial griddles for making pupusas, El Salvador’s popular thick corn tortillas. Mr. Alvarenga sees the use of bitcoin as another step toward financial innovation and diversification following the country’s adoption of the US dollar as national currency in 2001.

The bitcoin plan took Salvadorans by surprise when it was first unveiled in June. US crypto entrepreneur Jack Mallers, wearing a baggy hoodie and baseball cap, presented the initiative at a conference in Miami under the title: “One Small Step for bitcoin, One Giant Leap for Mankind.”

Mr. Mallers opened the floor to a video recording in English by Mr. Bukele, a businessman known for his leather jackets and baseball caps who was elected in 2019 as a political outsider by voters tired of rampant violence and poverty.

“Great ideas are beautiful and have great power,” Mr. Bukele said. An ecstatic crowd stood and applauded as Mr. Bukele announced he would send a bill to the National Assembly to make bitcoin legal tender in El Salvador. The three-page bill was summarily passed a few days later.

Jorge Hasbún, who owns clothing stores and heads El Salvador’s Chamber of Commerce and Industry, said he was startled when he heard about the announcement. The initiative was rushed through without consulting stakeholders or the private sector, and regulations that were disclosed at the last minute have been insufficient, he added.

“If a client comes to pay with bitcoin, I’m not ready,” Mr. Hasbún said. “We could have ridden the wave in a positive way, but the way the law was imposed wasn’t positive.”

Some Salvadorans got their first taste of bitcoin several years ago in El Zonte, a fishing village on the Pacific coast that became a magnet for foreign surfers because of its steady stream of waves.

Its 3,600 residents began to embrace bitcoin in 2018 with the support of U.S. donors through the development of Bitcoin Beach, a local e-wallet that now has 35,000 users across the country. Hope House, a local charity group, began to use the cryptocurrency to pay for social endeavours such as school tutoring and beach-lifeguard employment programs.

Once word got out, the use of bitcoin spread through town from mom-and-pop stores to slick espresso bars, said Jorge Valenzuela, one of Hope House’s founders.

“We have changed the narrative about El Salvador, from being a dangerous country to a nation of crypto assets,” he said.

The official use of bitcoin comes as Mr. Bukele faces increasing economic headwinds, a widening budget gap and limited access to debt markets. Diplomatic ties with the Biden administration have been strained as international organizations have accused Mr. Bukele of taking authoritarian control of the country.

Although Mr. Bukele has one of the highest approval ratings among Latin American presidents, his bitcoin initiative is highly unpopular. More than 65% of Salvadorans don’t want the government to spend taxpayer money on its adoption, and 80% have little or no confidence in bitcoin, according to a poll released by El Salvador’s Universidad Centroamericana José Simeón Cañas earlier this month.

In a sign of how the bitcoin issue has made for strange bedfellows, hundreds of veterans of the country’s civil war—retired soldiers and former guerrilla fighters from the conflict that left more than 75,000 people dead in the 1980s—demonstrated together last month in front of El Salvador’s Finance Ministry to demand pension benefits and assurances that payments won’t be denominated in bitcoin.

“Bitcoin is for countries with more advanced technology and stronger economies,” said José Alberto Amaya, a 56-year-old who served in the Army’s special forces and rapid reaction brigades.

“It’s a wild economic adventure,” said Juan Manuel Pineda, a former Marxist guerrilla who served as an explosives expert in the Farabundo Martí National Liberation Front. “How are we going to use bitcoin if we don’t even have a smartphone or the money to have internet access?”

Even some crypto advocates are reluctant to use the state-run Chivo e-wallet because of privacy concerns.

“You hand over all your data to the government, your financial movements, what goes out and what goes in,” said Oswaldo Serrano, owner of Smart Pet SV, an online pet-food delivery service. “But I do hope that people spend those $30 given by the government on pet food.”

There are security risks because the funds held in the Chivo wallet are controlled by the government on behalf of its citizens. Such fund centralization risks attracting hackers, notes Mr. Hileman of Blockchain.com.

Financial service companies, which are the main channel for the $6 billion in remittances that El Salvador receives each year from migrants living in the U.S., will accept payments in bitcoin, but the funds will be immediately converted into dollars.

Their top concern will be how to prevent federally regulated banks in the U.S., which provide financial services to banks in El Salvador, from cutting ties because of due diligence and compliance risks, executives say.

“Because El Salvador will have two currencies, the question becomes, will the bitcoin ecosystem get its U.S. dollars through El Salvador and will the U.S. be OK with that?” said Caitlin Long, chief executive officer of Avanti Bank, which provides cryptocurrency services for institutional investors.