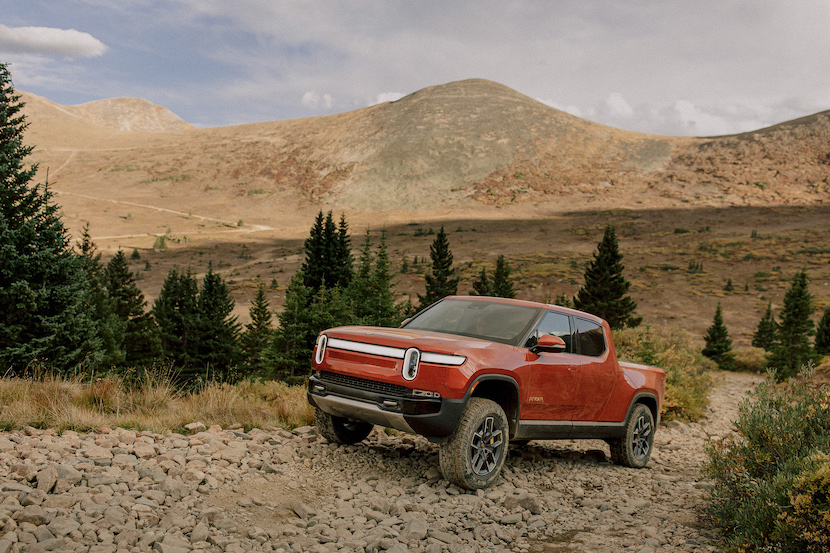 Founded in 2009, California-based Rivian Automotive made its debut on the Nasdaq with an initial price offering of $78. Closing at $100.78 a share, the IPO has given the electric carmaker a market value of roughly $86bn, according to The Wall Street Journal. The initial public offering raised more money than any other listing in the US since 2014. It may be a newcomer to the motoring industry, but Rivian is now valued at more than Ford ($77.4bn) and about the same as General Motors, reports Ben Foldy. “Rivian’s valuation, along with Tesla at more than $1trn, shows the optimism around the car market’s shift to vehicles that run on electricity rather than gasoline – a technology that has created an open field in the race to dominate the future automobile.” With nearly $12bn raised in the offering, founder and CEO RJ Scaringe said in an interview that the money will help the company expand “factory production and speed development of future vehicle models”. – Jarryd Neves, Motoring correspondent

By Ben Foldy of The Wall Street Journal

Rivian Automotive Inc. RIVN 29.14% made its debut on the public markets Wednesday, scoring a valuation that instantly made it a rival of traditional car makers and the latest beneficiary of investors’ fervor for greener auto technologies.

The California-based startup, founded in 2009 by a Massachusetts Institute of Technology graduate, closed at $100.73 a share, well above the $78 initial offering price set Tuesday night. The closing price gave Rivian RIVN 29.14% a valuation of roughly $86 billion, based on the expected number of shares outstanding. On a fully diluted basis, the company’s valuation was more than $100 billion.

The highly anticipated initial public offering, which raised more money than any other U.S. listing since 2014, further illustrates the excitement that has been building on Wall Street for electric-vehicle makers, particularly those like Rivian that are still young and relatively unknown but hold promise in challenging the more-established car companies.

Rivian’s debut in many ways defies typical market fundamentals: the startup is barely generating revenue and is still losing money. Wall Street is valuing it more than Ford Motor Co. and about on par with General Motors Co. , which are worth $77.4 billion and $86.05 billion, respectively.

Rivian’s valuation, along with Tesla Inc. at more than $1 trillion, shows the optimism around the car market’s shift to vehicles that run on electricity rather than gasoline—a technology that has created an open field in the race to dominate the future automobile.

With plans to expand its lineup to three models this year, Rivian has attracted investors with big ambitions to bring electric vehicles to the mainstream, including rolling out battery-powered trucks and SUVs. Additionally, it has drawn the backing of some blue chip investors, including Ford, Amazon.com Inc. and asset manager T. Rowe Price Group Inc.

“The IPO represents an opportunity to accelerate how quickly we can go,” Mr. Scaringe said, speaking from the company’s factory in Normal, Ill. “We have to go build a lot of vehicles.”

The global auto industry has sharply pivoted to electric vehicles in recent years, a shift being driven in part by stricter auto-emissions regulations around the world and some governments setting timelines for phasing out gasoline-engine vehicles entirely.

GM, Ford and other major car companies are also moving quickly to electrify their showrooms, but investors have largely been captivated by the challenger brands, encouraged by the success of electric-vehicle pioneer Tesla.

On Wednesday, GM CEO Mary Barra said Tesla’s market worth and the fast-rising values of new players like Rivian and Lucid Group Inc. underscore the growth potential for car companies. “General Motors is so undervalued,” Ms. Barra said, during an appearance at a conference held by the New York Times.

“When I look at our ability to scale, to serve customers, I think we’re incredibly well positioned,” she said.

“If a large global footprint can be built with no-cost capital, the ‘growth’ story will likely continue to carry the day for the stocks,” Mr. Murphy said.

The battle for capital and talent is also likely to intensify as some of these electric-vehicle startups generate large amounts of investor and consumer interest, Morgan Stanley analyst Adam Jonas wrote in a research note Wednesday. In the note, Morgan Stanley lowered the price target on GM’s shares.

Rivian, however, is still a newcomer to the marketplace. It began delivering its first model, an electric pickup truck called the R1T, to customers in September. By the end of the year, it plans to launch additional models, an all-electric SUV called the R1S and a delivery truck developed in conjunction with Amazon.com, which according to company filings owns a roughly 19% stake in Rivian.

As it works to scale up, Rivian has been burning through capital. It lost $2 billion from the start of 2020 through June of this year and plans to deliver around 1,000 vehicles by year’s end, according to a company filing.

The market for electric vehicles is relatively small but growing quickly. Electric-vehicle sales accounted for 3.6% of total U.S. auto sales in October, according to analysts at Morgan Stanley.

The Biden administration aims to hasten the transition to electric vehicles as part of its efforts to reduce the country’s greenhouse-gas emissions. To do so, it is pushing to expand purchase incentives for electric-car buyers. Today, buyers of the first 200,000 Rivian vehicles are eligible for a $7,500 federal tax credit that can help defray the upfront costs of purchasing a battery-powered model.

Such credits, designed to help entice consumers to electric vehicles, have helped the industry grow, analysts and dealers say.

Mr. Scaringe said that incentives would help accelerate the adoption of electric vehicles but weren’t crucial to his company’s future.

“It’s important for any business, not just us, to not design the business around them,” he said. “We view them as short-term in nature.”

Ford additionally has a roughly 12% stake in Rivian, having first taken a position in the upstart in 2019 after beating out crosstown GM for the critical investment.

The $1.2 billion that Ford has invested is now worth roughly $12 billion at Rivian’s fully diluted valuation.

Ford and Amazon.com declined to comment on Rivian’s listing.

Rivian could still confront challenges in expanding production, particularly with three new models launching in quick succession, analysts say. Historically, other automotive startups have struggled in the area of manufacturing quality, they say, and launching multiple models in a short timespan would even be difficult for some well-established auto makers.

The company is also facing a lawsuit from a recently departed executive, who alleges she was fired in retaliation for telling a human-resources executive that she had been subjected to gender discrimination.

According to the complaint filed last week in a California court, Laura Schwab, Rivian’s former sales and marketing vice president, said she had raised concerns about Rivian’s manufacturing quality, unrealistic production targets and the pricing of the vehicles. The lawsuit alleges some company executives have said vehicle prices would be increased following the IPO.

Competition for electric-cars is also heating up in the marketplace with both startups and legacy auto makers rushing to roll out new plug-in models that could directly compete with those offered by Rivian.

GM plans to revive the Hummer nameplate as an electric-pickup truck with first deliveries beginning later this year. Ford has unveiled an electric version of its bestselling F-150 pickup set to start production in 2022.

Mr. Scaringe said he welcomed the competition, saying that the industry would need to produce upward of a billion new electric vehicles in the next two decades as it transitions from gas-powered models to electric ones.

“It’s just staggering,” he said. “This is not a situation in which there’s going to be a single winner.”