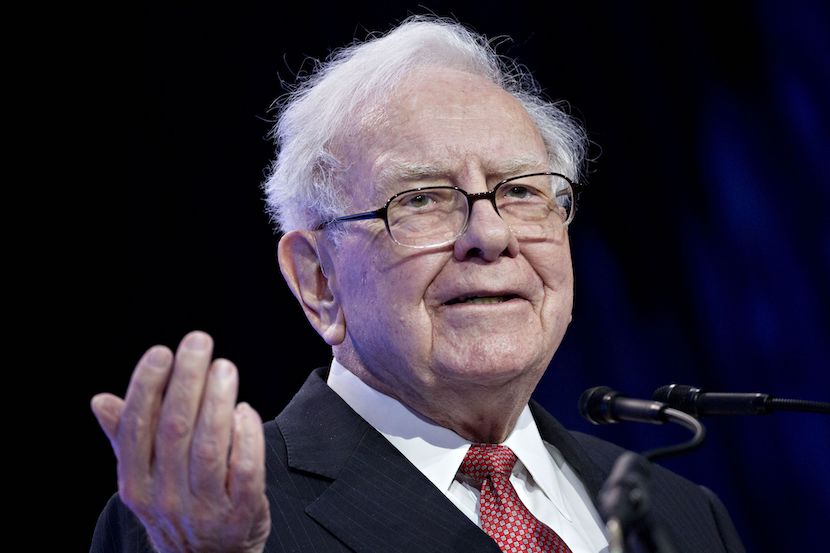 Warren Buffett, unarguably the world’s greatest investor, released his annual shareholders’ letter, which can only be regarded as prescribed reading for all market participants. Unpacking the letter, given the thorough and detailed nature of the report – which investors have become accustomed to from the investment oracle – is overwhelming. Put differently, I highly recommend reading the entire letter (attached for ease of reference). The first page underpins Berkshire Hathaway’s resounding outperformance over the past 46 years. The per-share market value increase in Berkshire stock over this period has been a staggering 3,641,613%. That equates to a 20.1% compounded annual return. Its benchmark, the S&P 500, has increased 30,209% over the corresponding period, equating to a compound annual return of 10.5%. This illustrates one of the most important parts of investment advocated by Buffett, time in the market versus timing the market. Warren Buffett himself has said on numerous occasions – including in the recently released shareholders’ letter – that short-term price action in equity markets is inherently volatile. Consistently timing the market is impossible. Plain and simple.

Berkshire holds no discussions with analysts or institutions. This is done so all shareholders are treated equally. Even more impressively, important announcements when possible are released on Saturday mornings. This is done to give market participants sufficient time to digest and process the information in order for them to make informed decisions when the market opens on Monday morning. An investor relations masterclass.

I think it’s prudent to mention Warren’s sidekick, right-hand man and closest partner, Charlie Munger. Charlie, who recently turned 98, has played a pivotal role in Berkshire’s success. A rational, level-headed individual whom Warren credits for many of Berkshire’s most successful investments. His role in building the giant that is Berkshire Hathaway cannot be overlooked.

Berkshire’s assets consist predominately of marketable, US-listed securities. The core business unit in Berkshire remains its insurance arm. The ‘insurance float’ – money Berkshire holds and can invest but does not own – is central to Berkshire’s ability to think and invest long term. Buffett credits long-term partner Ajit Jain with the success of its insurance operations. Buffett did say underwriting losses are part and parcel of the insurance industry. The losses can be material; however, in the words of the oracle; “Berkshire is constructed to handle catastrophic events as no other insurer and that priority will remain long after Charlie and I are gone.”

Apple is another pillar of Berkshire. It owns 5.55% of the business, which is valued at roughly $150bn at current market prices. Berkshire’s share of Apple’s earnings was an astronomical $5.6bn. They received $785m in dividends and the buyback programme increased its shareholding during the financial year from 5.39% to 5.5%. This seems negligible but remember, this is a $2.7trn business we are talking about. Buffett was very complimentary of Apple CEO Tim Cook, who has more than built on the legacy created by visionary founder, the late, great Steve Jobs.

Burlington Northern Sante Fe’s (BNSF) infrastructure and railroads division has been flying. Buffett’s tongue-in-cheek humour is apparent throughout the shareholders’ letter and his comment on the success and profitability of BNSF during the period is best put in his words. “Railroad had record earnings of $6bn in 2021. Here, it should be noted, we are talking about the old-fashioned sort of earnings that we favour: a figure calculated after interest, taxes, depreciation, amortisation and all forms of compensation. (Our definition suggests a warning: Deceptive ‘adjustments’ to earnings – to use a polite description – have become both more frequent and more fanciful as stocks have risen. Speaking less politely, I would say that bull markets breed bloviated bull…)”

The performance of Berkshire Hathaway Energy (BHE), its energy arm, had been stellar over the period, supported by strong energy prices across the board. The utility powerhouse, led by Greg Abel (chosen as Buffett’s successor), is a world leader in renewable energy generation. However, the core energy business is still a substantial carbon-emitter. As the world transitions to a green economy, many pockets of the investment community have disregarded and disgraced fossil-fuel intensive businesses in their entirety. Hindsight is a perfect science, but experts almost unequivocally agree the transition to a greener economy has led to critical underinvestment in key areas, which might explain the energy crisis we find ourselves in today.

These two businesses (BNSF and BHE), in combination with Apple and its insurance arm, are the four pillars of Berkshire. Berkshire has hundreds of investments. The screenshot below outlines its listed marketable securities, which have a market value of $350bn. 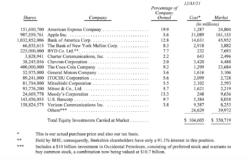 Berkshire Hathaway does not have many problems. The business has $144bn in cash and cash equivalents. Yet, according to analysts and investors alike, that is a problem. In a world of historically low interest rates, the phrase ‘cash is trash’ has been thrown about the investment community. Analysts and investors want this cash to be put to work. However, the always rational and level-headed Buffett is steadfast in his reasoning for being cash-heavy. Although his favoured status is to be fully invested in equities, he believes the market offers no favourable opportunities at present. “Charlie and I have endured similar cash-heavy positions from time to time in the past. These periods are never pleasant; they are also never permanent. And, fortunately, we have had a mildly attractive alternative during 2020 and 2021 for deploying capital.”

Where to from here? Buffett outlined there are three ways to increase the value of Berkshire: growth by acquisition, growth organically (growth within existing businesses within the stable) and share repurchases. Warren and Charlie, as I’ve noted above, are excited about very few opportunities at present. This leaves one final path of value creation, to repurchase Berkshire shares. For that to make sense, Berkshire shares need to offer appropriate value. The business has repurchased around 9% of the shares in issue since 2019 and, while Buffett’s buyback appetite remains large, it has its limitations. “It should be noted that Berkshire’s buyback opportunities are limited because of its high-class investor base. If our shares were heavily held by short-term speculators, both price volatility and transaction volumes would materially increase. That kind of reshaping would offer us far greater opportunities for creating value by making repurchases. Nevertheless, Charlie and I far prefer the owners we have, even though their admirable buy-and-keep attitudes limit the extent to which long-term shareholders can profit from opportunistic repurchases.”