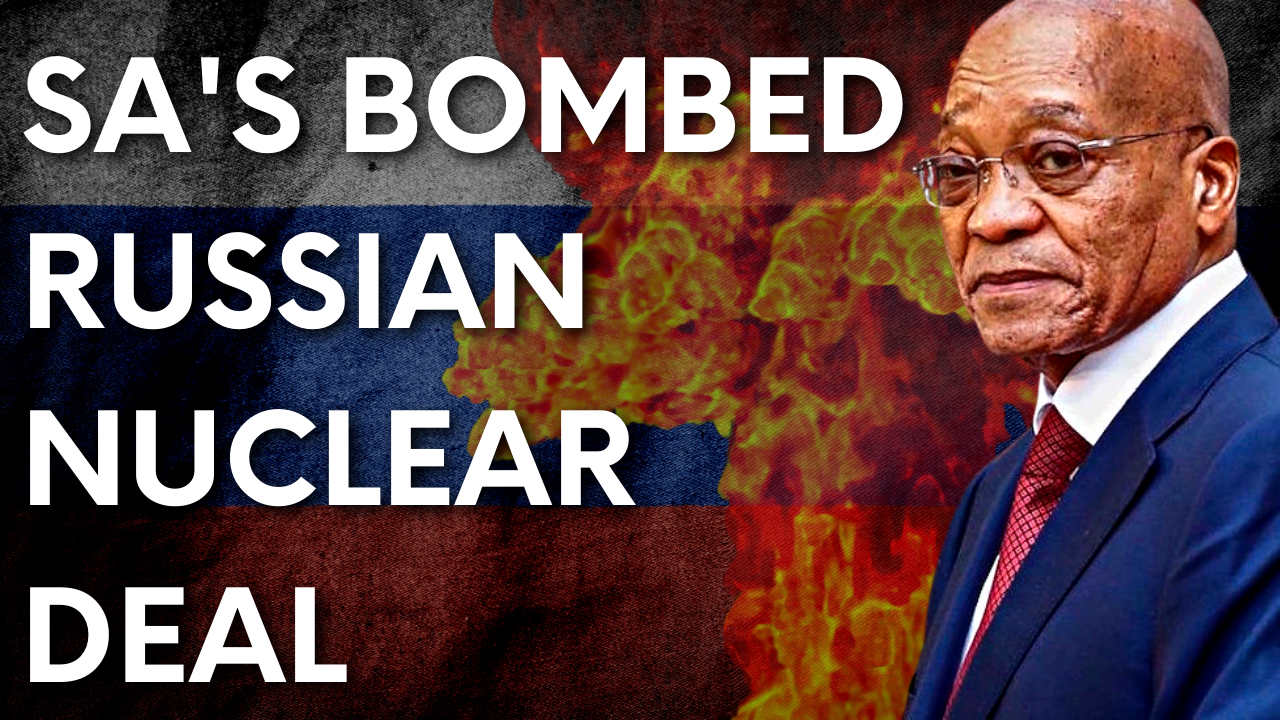 Jacob Zuma‘s presidency will be remembered for the wholesale looting of South Africa’s fiscus by him, his family, his friends the Guptas, and the political party he led – but also don’t forget how fiscus-destroyingly close we came to indebting future generations with a Russian nuclear deal.

In their new tell-all book, Nuclear: Inside South Africa’s Secret Deal, Karyn Maughan and Kirsten Pearson make the minutiae of the R1trn nuclear deal with Russia understandable and digestible. In this interview with Maughan, BizNews deputy editor Michael Appel seeks to better understand the dynamics behind the failed nuclear deal.

Plus, an update on the current state of Zuma’s arms deal corruption trial.