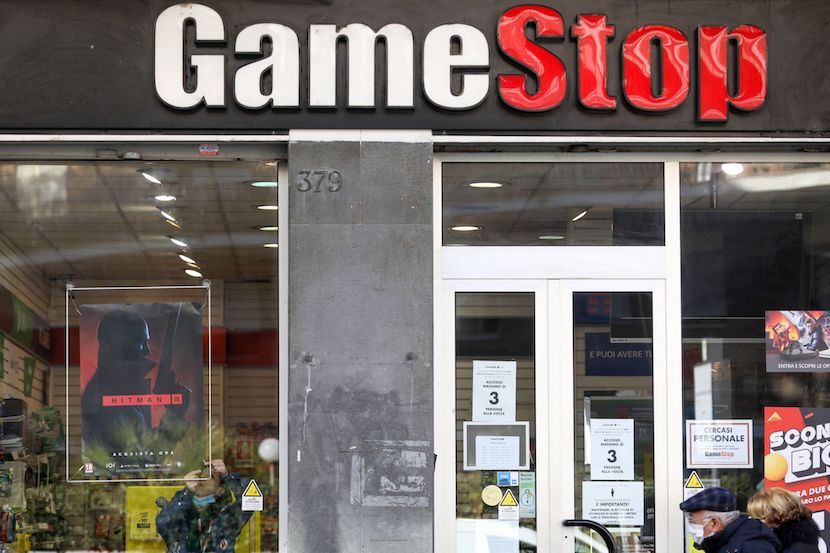 Early in 2021, it was revealed that Melvin Capital, a New York-based hedge fund, had held a short position against the videogame retailer GameStop since 2014. Melvin Capital Believed that the retail company was on its way out due to a loss of revenue caused by Covid and the rise of gamers choosing the more convenient option of downloading games online. It seemed like a safe bet against a company which was sure to go under. Unfortunately for the investment firm, a subreddit, WallStreetBets (WSB), got hold of this information. In a fury of both contempt for hedge funds and fond nostalgia for their memories at GameStop, the Redditors within WSB decided to hit the fund where it hurt and users began pumping their money into GME (GameStop) stock, in an attempt to squeeze Melvin Capital out of its position. This caught on as more and more people from Reddit, Twitter and Youtube, angry with the financial system, began buying GME stocks in revolution against hedge funds as a whole. The GameStop price shot from trading at around $10-$20 in early 2021 to over $340 at the end of January. It quickly fell but has remained at prices far higher than at any point in the company’s history. And, with a degree of volatility more familiar to those invested in Crypto markets. Due to the huge losses incurred by Melvin Capital, the firms founder Gabe Plotkin has made the decision to return cash to investors and close the firm.

This whole “meme stock” fiasco hasn’t come to an end and the company looks to navigate operations now that more customers are returning to their store and the stock price spikes 10% once again. More in this article from The Wall Street Journal. – Ross Sinclair

GameStop Corp. sales rose as more people returned to its stores last quarter, but its loss widened, damping investors’ hopes for signs of a turnaround for the videogame retailer.

The Grapevine, Texas-based company posted on Wednesday $1.38 billion in net sales for the quarter through April 30, up from $1.28 billion a year earlier. On an adjusted basis, the retailer reported a loss of $2.08 a share, compared with a loss of 45 cents a share over the same period a year ago. Three analysts polled by FactSet expected net sales of $1.32 billion and an adjusted loss of $1.45 a share.

GameStop said it expanded its inventory to $917.6 million from $570.9 million a year earlier and ended the period with cash and cash equivalents of $1.04 billion. While hardware sales declined, that slide was offset by growth in sales of software and collectibles, the company said.

Last year, GameStop was at the center of a monthslong, social-media-fueled trading frenzy. The company revamped its leadership to help it diversify its business and return to profitability, but the results so far haven’t been as dramatic as the rally in the company’s stock price early last year.

The company’s shares have plunged more than 50% over the last 12 months. The Nasdaq Composite Index fell around 13% over the same period.

Shares rose around 3% in early after-hours trading after the company announced results Wednesday.

Last June, GameStop overhauled its executive team and board of directors in an effort to reverse years of languishing sales and strategic missteps. The company named two Amazon.com Inc. veterans as its chief executive and chief financial officer, and shareholders voted activist investor Ryan Cohen as chairman.

The videogame retailer has struggled to turn a profit because many gamers have moved to downloading and streaming games over the internet, instead of buying the hard copies GameStop specializes in selling. In addition, publishers have been releasing more free games that generate revenue from sales of virtual goods.

Under Mr. Cohen’s leadership, GameStop has been working to turn itself around in part by investing in efforts to improve and boost its ecommerce business. The company also launched a digital wallet that it said would enable transactions on a marketplace it is building for gamers and others to buy, sell and trade nonfungible tokens, or NFTs.

Wedbush analyst Michael Pachter has been skeptical of the company’s NFT plans, saying in a recent note to investors that major developers of console and mobile games are unlikely to allow third parties such as GameStop to capture a meaningful portion of consumer spending on digital goods. He also expects sales to continue to be squeezed by falling demand for physical software and the struggle to procure the gaming consoles it sells in its stores due to the supply-chain crunch.

“These headwinds, combined with high levels of spending related to its NFT efforts and other cost centers, may trigger significant cash burn for much of the next year or longer,” Mr. Pachter said.