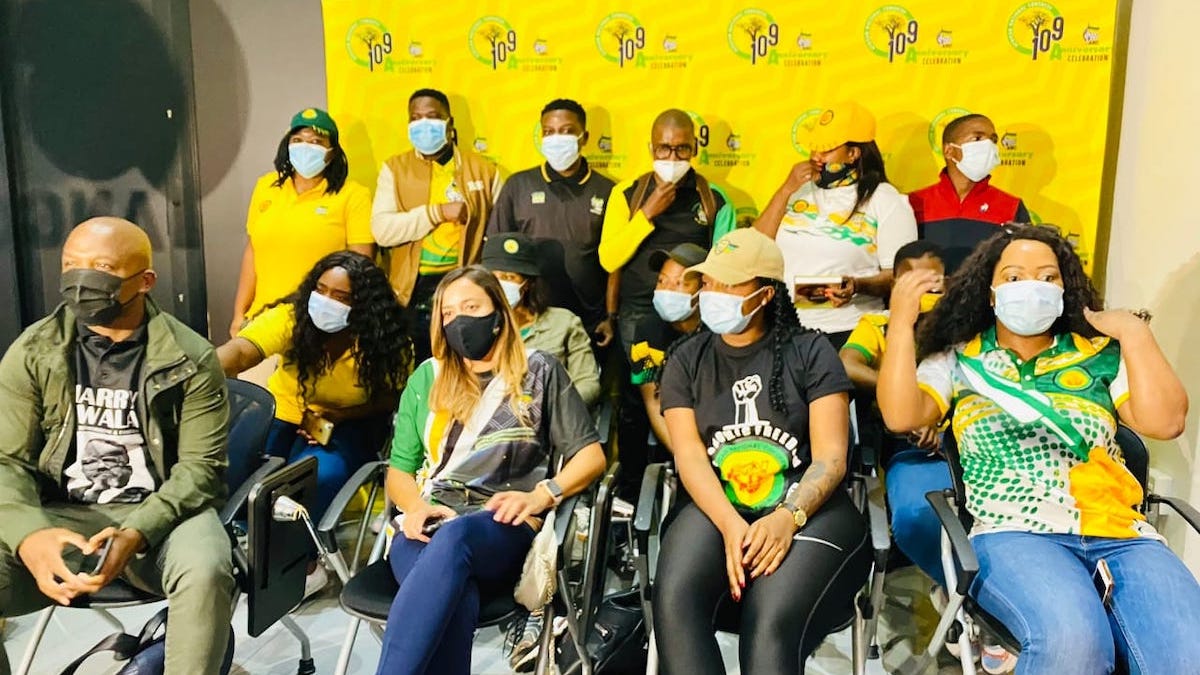 Members of the ANC Youth League are currently acting as “election observers” in occupied territories in Ukraine where referendums were held over five days. Voting took place to decide whether residents of the four regions of Donetsk, Luhansk, Kherson and Zaporizhzhia wanted to be incorporated into Russia. It’s a move widely viewed as a pretext to the full annexation of that area by Russia. BizNews spoke to Steven Gruzd, head of the Russia/Africa programme at the South African Institute of International Affairs for his take on the truly bizarre involvement of ANCYL members in what many around the world consider a “sham”. – Michael Appel

Yes, I was surprised. One would think that there are enough problems at home that need the attention of the ruling party. And I haven’t actually seen any comment from the ANC itself on what the Youth League has been doing. But yes, I have seen some of the videos where they are talking about this as a democratic process, as a transparent election. This is people legitimately expressing their desires. And I think then going there gives a veneer of legitimacy to something which has no legitimacy at all. The ANC Youth League is famous for grandstanding, and I think they’ve outdone themselves on this trip.

I think, if we’re a democracy, we have to allow free speech and we have to allow parties to do as they wish. We’ve had John Steenhuisen travel to Ukraine to show support for the Kiev regime. We’ve now had the ANC Youth League and certainly senior ANC figures have travelled to Russia over the last six or seven months to show where they lie. This one, you know, again, I think it is if we are advocates of free speech, it’s got to be free speech for everyone. And, you know, on this particular issue, the world is very polarised. I mean, we saw a similar referendum in Crimea in 2014. It’s happening under the barrel of a gun. It has very few impartial observers. And those that have gone as observers, such as the ANC Youth League, are quite clearly not impartial. So can a true referendum take place under those conditions? We’ve also seen millions, hundreds of thousands and millions of Ukrainians uprooted from where they live so they won’t be able to vote. How transparent will the counting be? And I think everybody expects there to be a result that the Russians, that these particular areas would like to join the Russian Federation. But there’s also been mixed messages from Russia because at the beginning Luhansk and Donetsk were recognised as independent countries and now it seems they are going to want to annex them and then they can claim, if Ukraine attacks those areas, that they are attacking sovereign Russian territory. So it’s complicated.

On the comments made by Khulekani Skosana

Well, they are quite Orwellian, where nothing is but what is not. And the words are used to denote the very opposite of what they’re intended to. I mean, just to say that democracy is flourishing is really to negate the very real suffering that we have seen in eastern Ukraine, in the areas that have been liberated by the Ukrainian forces. We’ve seen a lot of evidence of torture, of mass rape, of defilement, of bodies, of absolute destruction of buildings and just, you know, wanton violence. It seems like that particular representative has gone through Alice’s rabbit hole and come out in this Utopia, and it’s anything but. There is such, such trauma in Ukraine. Many of those who have left the country as refugees have been women and children because men have been conscripted into the Ukrainian army. And so you’ve had this traumatic separation of families, you’ve had this destruction of lives and livelihoods, thousands of people killed. Also on the Russian side, I think to say, as he was, that this is a blissful Utopia is naivete in the extreme.

I think three alternatives are really the only possibility: that the Russians paid, the ANC paid or you and I paid as taxpayers. I think this will probably appeal to the DA to make a big spectacle out of it. You have a ruling party that can’t pay the salaries of its staff. We have elections coming up in the ANC towards the end of the year. There’s been a lot of positioning of candidates, and our national elections are only two years away. And we have a bankrupt political party. Perhaps they won’t be too fussy about where funding comes for a nice trip to Europe, all expenses paid. If it’s you and I that are paying, I think we should have something to say about it.