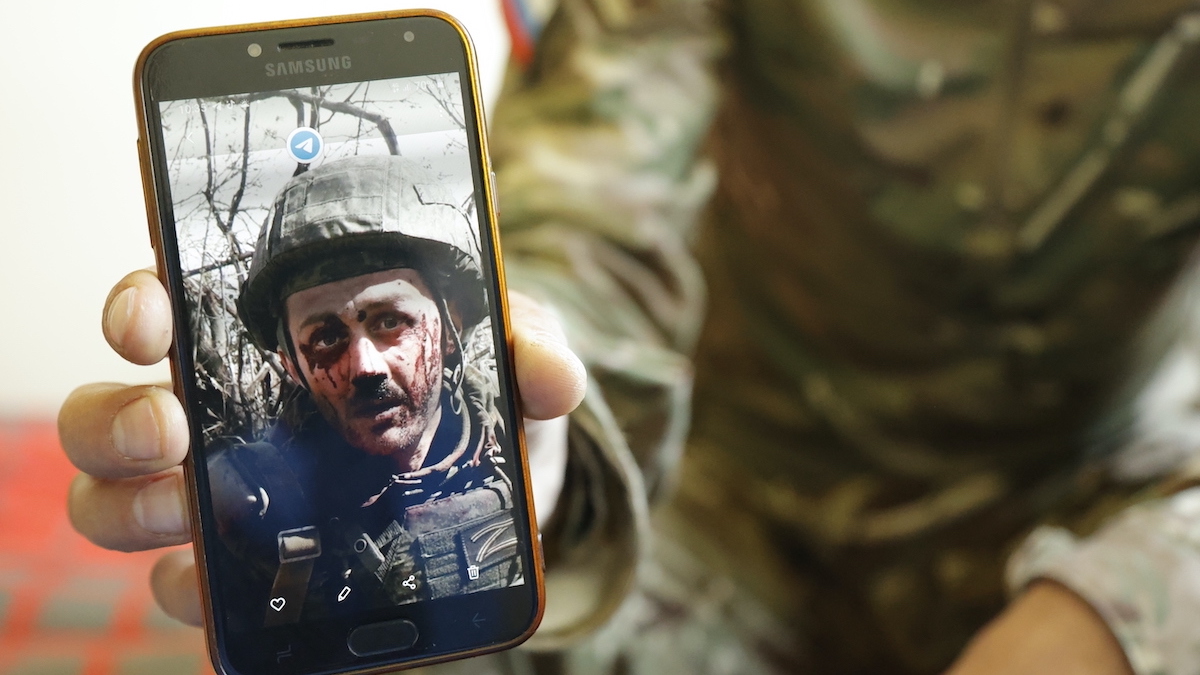 In a cynical move to deter recruitment of foreign mercenaries to the Ukranian army, Russia has handed three captured mercenaries over to the maverick Donetsk Republic for a show trial. Here, a professor of war law shows how many global conventions on armed conflict this breaks. He bemoans the very thing he warned against: the wisdom of Ukraine – not the world’s most democratic country – staging war crime trials of Russian soldiers. The Donetsk trial of two British and one Moroccan citizen appears retaliatory. Writing for The Conversation, Professor Robert Goldman cites the Geneva and other conventions governing the ‘civilised, humanitarian,’ rules of war, to which Donetsk is not a signatory, ‘meaning Russia has outsourced its dirty work.’ Parading the prisoners of war as ‘terrorists” flouts the accepted meaning of the word. A fascinating read, based on humanity’s attempt to apply Queensbury Rules to arenas of death. – Chris Bateman

The sentencing to death of three foreign fighters captured by Russian troops and handed over to authorities in a breakaway region in Ukraine presents a serious deviation from international law – one that in itself represents a war crime.

Sentencing came on June 9, 2022, at the end of what has been dismissed by observers in the West as a “show trial” involving the three – two British citizens and a Moroccan national in Ukraine fighting alongside the country’s troops.

In many ways, proceedings like those the three were subjected to were inevitable. Indeed, in an earlier article questioning the wisdom of Ukraine’s conducting its own war crimes trials of Russian prisoners of war during ongoing hostilities, I suggested that it might incentivise the Russians to do likewise. And now the Russians have responded in kind, but with a cynical twist I hadn’t then contemplated: outsourcing the dirty work.

Russia handed over the men captured while they were fighting in the besieged port city of Mariupol to a court of the self-proclaimed Donetsk People’s Republic, a part of Eastern Ukraine that Russia has effectively occupied since 2014.

As a scholar of the law of war – that is, the international legal protocols and conventions that set out the rules of what is allowed during conflicts – I know that this move does not insulate Moscow from culpability. By delivering the men to a nonstate authority, Russia committed a very serious violation of the Geneva Conventions, the set of treaties and additional protocols that establish accepted conduct in wars and the duties to protect civilians – and prisoners.

The conventions are clear on what is and is not acceptable when it comes to the treatment of captured combatants. Article 12 of the Third Convention categorically states that the “detaining power” – in this case, Russia – can transfer a prisoner of war only to a another state that is a party to the convention.

And the Donetsk People’s Republic is not a party to the convention. The region was recognized by Russia as an independent state only days before its invasion of Ukraine on Feb. 24, 2022. More to the point, it has not been recognised by any other UN. member state. Instead, it is regarded as a part of Ukraine.

As such, the Donetsk People’s Republic is quite simply a separatist region of Ukraine engaged in an ongoing rebellion against the government in Kyiv since 2014. In that time, it has enjoyed the direct support of Russian forces.

But crucially, it does not qualify as a state under international law and is ineligible to be a party to the Third Geneva Convention.

The three men sentenced to death were accused by prosecutors of trying to overthrow the separatist government of the Donetsk People’s Republic.

But if these three soldiers committed war crimes, then they should have been tried by the courts of the detaining power. Russian President Vladimir Putin cannot simply wash his hands of responsibility for the trials and fate of these soldiers.

Having illegally transferred these soldiers to the rump courts of a breakaway Ukrainian region, Russia should have ensured that they were tried fairly. As a detaining power, it was compelled to do so not only by the Third Geneva Convention and an additional protocol agreed to in 1977, but also under the European Convention on Human Rights and the International Covenant on Civil and Political Rights, both of which apply in the Russian-occupied Donetsk region.

But Russia has failed to protect its prisoners from an unfair prosecution.

Parroting statements from the Kremlin, the Donetsk authorities accused the three foreign fighters of being “terrorists” and “mercenaries” – a deliberate label intended to result in the men’s being denied POW status.

Simply put, both charges are bogus. In armed conflicts, there are only two categories of persons: civilians and combatants. There is no third category of “terrorist.”

While treaties addressing the law of war such as the Geneva Conventions proscribe terrorism, they do not define that term.

However, it is understood that intentional attacks directed against legally protected individuals, such as civilians, prisoners of war, the wounded and the sick, are forms of terrorism amounting to war crimes.

The Third Convention and its additional protocol make crystal clear that members of the armed forces who commit war crimes do not forfeit POW status. As attested to by the Ukrainian government, these three foreigners were active-duty members of Ukraine’s armed forces when captured by Russian soldiers and accordingly were unconditionally entitled to POW status.

In my view, charging and convicting these POWs as “terrorists” is at odds with international law.

Likewise there are problems with labelling the men “mercenaries.” Article 47 of the Additional Protocol states that a mercenary does not have the right to be a combatant or granted POW status upon capture. But to qualify as a mercenary, a person must satisfy six very specific criteria listed in that article. For example, a person who is a member of the armed forces of a party to the conflict is not considered to be a mercenary. Such is the case with these three soldiers.

The issues under international law do not end with the charges the men faced. There are also serious grounds for concerns about the conduct of the trial itself.

The Geneva Conventions mandate that prisoners of war be tried by independent and impartial courts with procedures ensuring the accused due process of law, including access to competent legal counsel.

Based on published reports, the trial seems to have woefully fallen short of these requirements. Little is known of the qualifications of the judges and defence counsel. Moreover, the trial was conducted in a summary fashion, with all three soldiers pleading guilty to all the charges less than 24 hours before they were convicted and sentenced to death.

It is difficult to believe that these soldiers confessed to being terrorists and mercenaries without having been coerced, which is absolutely prohibited under the Geneva Conventions.

This, in turn, raises questions about the competence of their legal representatives, who seem not to have rebutted the charges of their being terrorists and mercenaries. It is also unclear whether counsel had access to the soldiers before they pleaded guilty or was able to call and confront witnesses.

The three soldiers have a month to appeal their sentences, which could result in their receiving life or a 25-year prison term instead of the death penalty.

But the haste and timing of the prosecutions give credence to suggestions that the trial was undertaken to humiliate Britain – which has been a very vocal critic of Russia’s invasion – and force Ukraine to eventually exchange these prisoners for Russian soldiers convicted of war crimes by its courts.

Whatever the motive for these trials, the convictions may not be the end of the matter. And it is worth noting that denying a POW the right to a fair trial is a serious war crime.