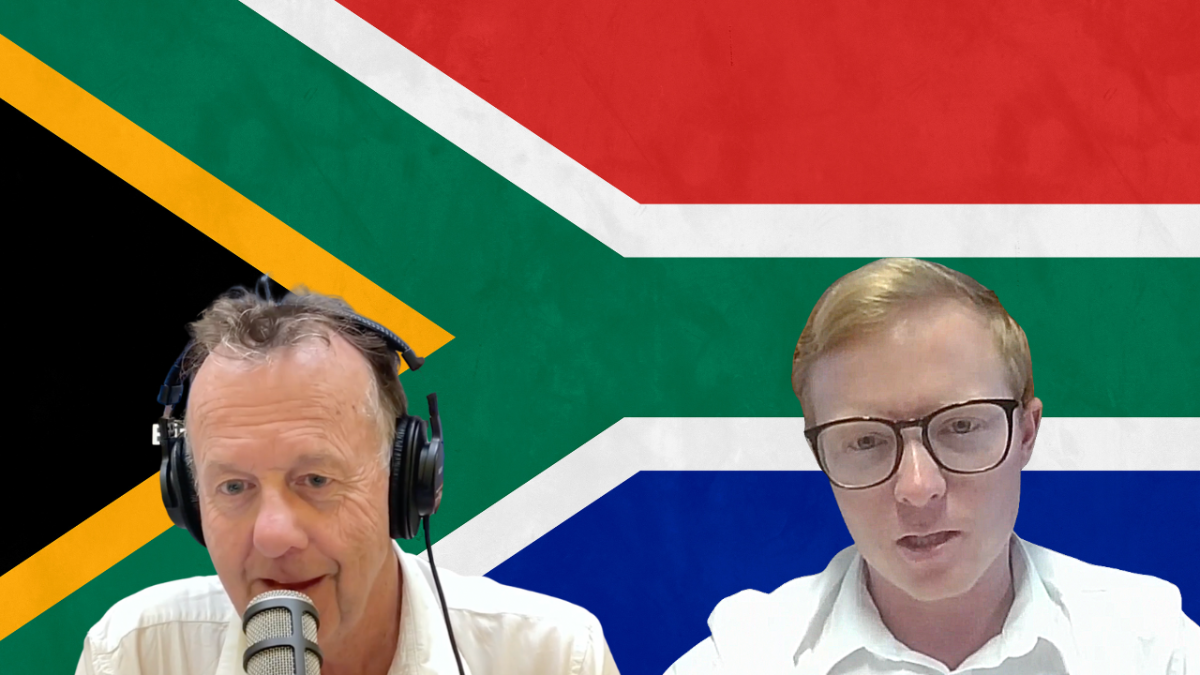 For many South Africans uMngeni’s hard-working Mayor Christopher Pappas (31) personifies what the country could become. Young, smart, multi-lingual and hard working, Pappas and his Democratic Alliance team have achieved a great deal since taking power a year ago – serving as a template for the DA’s alternative to the increasingly destructive example of governance by the ANC. In this interview with Alec Hogg of BizNews, Pappas provides an update on the municipality which was the feature of party leader John Steenhuisen’s latest weekly newsletter.

Find timestamps of the interview below:

Excerpts from the interview below

Chris Pappas on the loadshedding crisis

On loadshedding – our schedule is actually very detrimental to our local businesses. Sometimes we have stage five and six, we have 8 hours a day and that’s usually in the morning and late afternoon. So businesses have 2 to 3 working hours during the day, which is hugely detrimental to our local businesses. We haven’t been able to make significant changes or inputs to try and resolve loadshedding. You’re talking hundreds of millions of rands that you have to put forward for whether it’s going to deal with IPPs or whatever it might be. But what we have done is try to reduce our own consumption as a municipality. So small things. We’ve recently started to replace all our streetlights with LED lights to reduce the load. In places like the CBD area, we are installing solar lights so that even when the lights do go out, people can see and it’s safe. Public transportation, especially in Winter, can continue and people can feel safe. We have submitted an order, probably a bit late now for them to get done before the end of the year. But definitely before the end of January, we’ll be installing five CPUs and will start rolling them out across the municipality for robots so that the robots work when there’s loadhsedding and there’s no chaos on the road. That puts other added pressures onto the municipality. So where we can we’re trying to do things. But energy is a big topic because there’s a lot of money around it. So for a small municipality with a lot of other problems, those are future things that we’ve got to look at. There’s great work being done by other municipalities who have maybe been more stable for a while and financially in a good place. And we hope to piggyback on that. So the policy making, the laws and the trial and error that they have to go through at a later stage and then we will be able to learn from that and it will be a lot faster.

On potentially working with hydroelectric power

We have to plan for the future and that’s what we’re busy doing at the moment. So we do have a task team set up – a group of people who are engineers, electricians, looking into our different options. The quickest option in terms of energy generation is probably biomass for this particular area. We have extensive plantations here. We have the second biggest landfill site in the region. And there’s all sorts of other consumable things that could make biomass work for us. The issue of hydropower is also something that we’re looking at. So there’s a long and decommissioned substation at the bottom of Howick falls and that was used to power the streetlights. But that was many years ago. And having looked into that, getting that up and running again wouldn’t even power half of the power needs for the Dunlop factory that we have here. But it also has knock-on effects. So to get that thing working again, you have to take water out of the river, which means that there’s less water going over the Howick Falls. So there’s ramifications for doing it. Midmar Dam is an interesting one. It’s actually recently come onto our table to try and treat Midmar dam and Albert falls which are downstream from each other. The one as a storage dam with a pipe running from there and water going through turbines back into Albert Falls as a storage and then at night pumped back into Midmar dam. And we would be able to generate enough power to make that feasible. But again now you’re talking about massive pipelines and it becomes a very expensive exercise and the loopholes that you’ve got to try and jump through because now you’ve got the Department of Water Affairs involved, you’ve got Eskom involved, you’ve got the environmental issue. So that’s not something that you say, yes, great idea, it’s a, eight, nine, 12 year project.

On providing for his municipality and its people

Well, firstly it is political will – you actually have to want to do it. And secondly is understanding how the different systems work. And I’ll say this with all due respect to the people that we took over from, but they had no clue on what was actually available and what they were supposed to do. And that then translates into how that work is rolled out in the administration – if the administration is not getting the instructions through counsel and then being monitored through the various mechanisms that we put in place, these things don’t happen. It’s easier to come to work and not do anything, then to be proactive and try to do things first. Secondly is to actually give our staff the space to implement these things the way that they see necessary. Many of them are professionals at what they do, but have been held back for one or other reason. But also to understand how these things all fit together. So it’s not just about the free basic service, because you are supporting a family or a household that is not doing so well at that particular time. But also, if you have an electricity loss reduction programme, you can’t cut off poor households who cannot afford electricity without giving them an alternative. So all of these things tie in and you can’t reduce your financial leakages if you’re not cutting the electricity theft. So everything ties together. But a complete misunderstanding or lack of understanding by our predecessors of how these things work. The city of Cape Town and many municipalities run by the DA have been doing this for years – it’s something that just has to be done and it’s there. The laws there. The mechanisms are there just getting it done.

On efficient budgeting and effective finances

So firstly was to look at what is not a priority – what is wasteful? Do we need a third hall that’s 500 metres away from another? If that hall is only being used three times a month anyway? Just because people say they want something doesn’t mean that they need it. There’s an actual genuine need for something. So priorities were very important, and that’s the first thing. The second thing was then financial leakages. The previous council spent 28,000 rand on three food parcels. We went through the macro catalogue and each food parcel should have cost around 2200 rand. They bought them at 9000. So all of those are leakages from your system. And when you add all of those leakages up across the municipality, you then have more money to use in either infrastructure projects or social and economic development projects – which is very important. And then the other one was understanding our finances as a municipality. So if your evaluation role hasn’t been done for seven years, it means that people’s property prices have increased and your only mechanism to generate proper revenue as a municipality has not kept up. So people’s demands for services have increased as things have gotten worse. But the ability of the municipality to respond to that has not. So understanding how all these things are interlinked in terms of municipal finances is very important.

It is. It’s a not-for-profit business. An extremely difficult one because the demands on you are not realistic at times. But nonetheless, you are there to serve. And the income that you can generate or the mechanisms to generate income is severely limited. The allocation from national governments to local governments is minuscule. I think it’s ridiculous, like 9% of the national fiscus gets given to local governments. Yet we must deliver 90% of the services to people. SO, yes, it is a business – you have to treat it like one. Knowing however that there are human beings of various races, genders, ages, classes, income levels that you have to service.