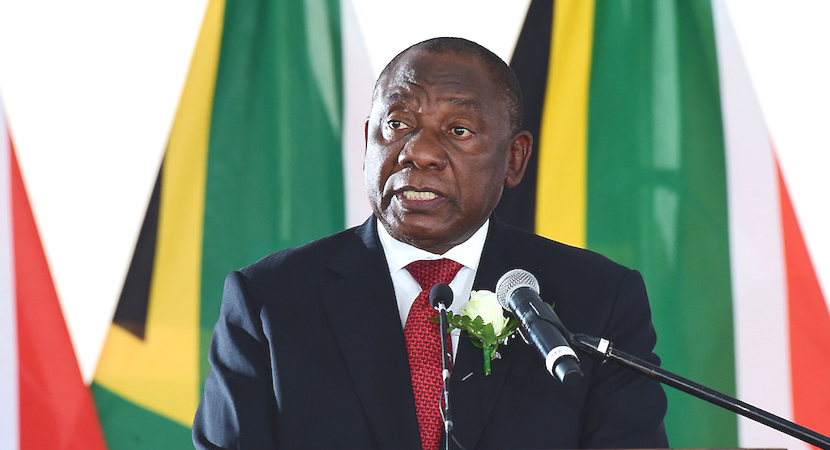 CAPE TOWN — President Ramaphosa’s supplications to traditional leaders may have inadvertently tarnished his pro-democracy image but his drip-news-feeding of the R266 billion Middle Eastern investment promises now adds serious shine. Brand management advisor, Solly Moeng last week queried the perception-skewing impact of Ramaphosa’s diplomatic initiative with traditional leaders aimed at tempering the expropriation of land without compensation policy. However, Cyril’s latest drip feeding of foreign investment news shows major media savvy. Why tell the world in one shot that the Saudi’s and the UAE have promised equal investments totalling R266 billion when you can titrate it for maximum impact over two weeks? Especially when you’ve publicly declared an investment target of R1 trillion over the next five years. Seems Cyril has learnt a few lessons about keeping expectations down from his mentor, Madiba, who soon after being inaugurated as president wisely and realistically repeatedly tempered ANC delivery promises. Cyril’s taken it a step further; don’t promise what you can’t deliver in the first place. He’s well on track. First energy, now tourism and mining. – Chris Bateman

(Bloomberg) – The United Arab Emirates intends to invest as much as $10 billion in South Africa’s economy, with a focus on tourism and mining.

The commitment was made during the first state visit by South African President Cyril Ramaphosa to the Middle Eastern nation, the Presidency said in an emailed statement on Saturday. It matches a pledge by Saudi Arabia earlier this week when Ramaphosa visited that country too.

Ramaphosa is seeking to revive a flagging economy after taking over from Jacob Zuma as the nation’s leader in February and seeks to lure $100 billion in investment over the next five years. Business and investor confidence has slumped after an initial boost following Zuma’s departure as ruling-party leader in December.

The South African president also visited Nigeria this week, where he met with the nation’s leader, Muhammadu Buhari.