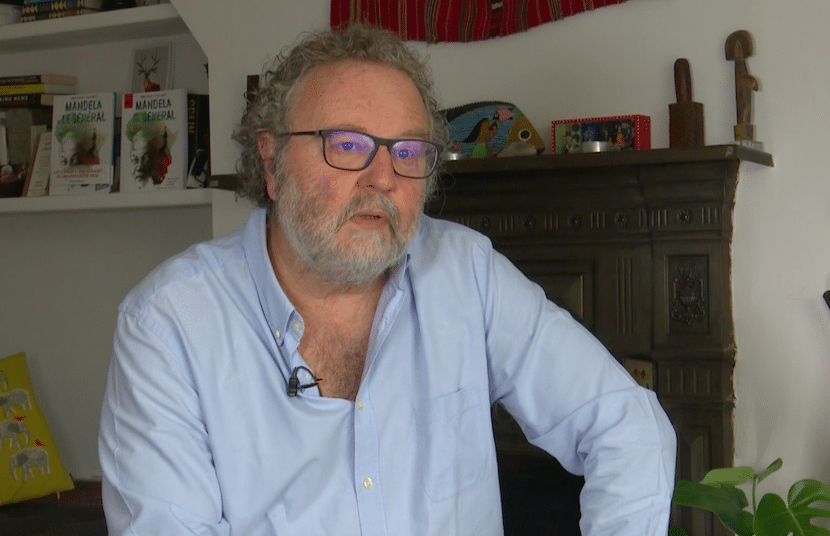 After spending time in South Africa where he witnessed South Africa becoming a democracy, John Carlin wrote the book, “Playing the enemy – Nelson Mandela and the Game that Made a Nation.” It told the story of how Nelson Mandela, the country’s newly elected leader forged a friendship with Springbok captain Francois Pienaar and united the divided South African nation behind the Boks that led to their historic win of the Rugby World Cup in South Africa in 1995. The book was made into the film, Invictus, directed by Clint Eastwood, with Matt Damon playing Pienaar and Morgan Freeman filling Mandela’s rather large shoes. Carlin told Biznews from London that this weekend South Africa could have an Invictus II moment and surprisingly he is supporting the Springboks in the final against England at this year’s Rugby World Cup in Japan. Could be because of his Scottish roots. – Linda van Tilburg

John, you’ve written a book that had such a wide reach because of this amazing story, and it did really well, and it was eventually a Hollywood movie. A lot of people are seeing similarities now with the match on Saturday. Is that farfetched?

It’s not farfetched, but it’s not 100 percent consistent with what happened back in 1995. At the same time, I have been telling friends that, you know what’s coming up this weekend: there’s a kind of Invictus II to it. It’s another opportunity to bring the country together around sport at a time when the country is very divided. And basically, in a bit of a bloody mess and certainly the South Africans would do with a bit of a tonic and some good news or something that rallies everybody together irrespective of what their political positions are, or their skin colour or whatever it might be. 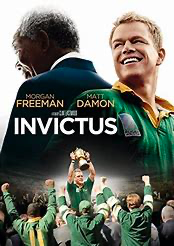 So, in that sense there are there are definitely similarities. I mean, I don’t think that the historical moment is quite as critical as it was back in 1995 because there you were, just one year into the young and then fragile democracy and, the democratic construction needed some sort of serious cementing and some solid foundations. And what happened in ‘95 definitely was a huge boost at a time when South Africa really did need to come together.

And, of course, the thing about 1995 was that it was quite probably the first time in the entire history of South Africa where everybody, black, white and everybody in between, was united in one common objective and desire, namely that South Africa should win the World Cup. I think since then there have been quite a lot of other moments in which people did come together.

So, if you look at the team now and the team then there is a vast leap forward isn’t there?

I can imagine Mandela being alive today and I think he would have been absolutely thrilled and proud to see this multi-coloured team representing South Africa in the World Cup final once again.

This is happening while South Africa is once again quite a fractured society and has large divisions following corruption, and there is a blame game of what caused it, that it could also be the result of the legacy of apartheid. What is your view on what’s happening in South Africa at the moment?

I follow things as you know fairly closely but I’m not sure my view is really going to give you a great deal of added value. Quite honestly, I mean I think that Cyril Ramaphosa has a monumental task ahead of him to undo the damage of the last decade brought by the spectacularly irresponsible and corrupt Zuma administrations. And I can say it’s an almost impossible task.

And I guess in these circumstances when the country is facing a kind of continual economic crisis and internal inequality; people are always going to be looking around to pin the blame on this, that or the other and no doubt the blame can be apportioned to lots of different factors not only the Zuma government and one of those would obviously be the legacy of apartheid. I think where the real debate lies, is not so much in whether these factors are all part of the explanation but it’s what percentage to attribute to each one in terms of the blame they have for what’s happening right now.

One thing I find and I’m sure you do as well is that the legend of Mandela seems to be appreciated by a new generation of young people, especially overseas?

What I am aware of is an awful lot of critics of Mandela especially from the younger generation of people who weren’t around and blame him for not having done more to restore inequality. And as I said in an article that I wrote for a South African publication a while back, to blame Mandela for what’s going on now; for not having done enough is to attribute too much to Mandela, to grant him too much in the way of divine powers.

I mean the greatness of Mandela was that he stretched the capacities of what a human politician can do to the absolute limit. But the notion that not only was he going to deliver on what he made his life’s mission to deliver, namely the end of apartheid and the establishment of democracy but that he was able to stretch beyond that… that he was going to manage to steer South Africa towards a wonderful state of Utopia where everybody’s wonderfully equal and the economy is raging and prospering… that is just asking a little bit too much.

And those who criticise Mandela, fail to understand the circumstances of the time in which he lived. Politics is the art of the possible. Mandela struck the limits of the possible as much as he could in order to obtain his objectives of ending apartheid and establishing democracy. And he had to make some compromises and concessions. Had he not done that; it’s quite possible that today South Africa would be in a sort of state of lingering civil war. However, there’s a huge gap between what quite a lot of South Africans feel about Mandela and how the rest of the world views him. To the rest of the world; he is as an eternal inspiration to people. And that’s the way he will continue to be seen and that’s the way that history will see him in South Africa too. But right now; there are those dissenting voices which to my mind are more a function of ignorance than anything else.

What do you think Ramaphosa chances are of turning the country around?

Well what I do believe is that Ramaphosa is the best available person to be president of South Africa. Right now, there are very few countries you can say the same about. You know Donald Trump is manifestly not the best person to be running the United States. And I do think Ramaphosa is the person best equipped to try and address this appalling mess that he’s inherited. But Ramaphosa is also a human being. He’s not a worker of magic and there just seems to me that the economic difficulties in South Africa, the inequalities that are the legacy of  Zuma corruption and inefficiency presents Ramaphosa with an almost insurmountable obstacle. I guess the best he can do, is try and sort of nibble away and try and address the problems and try slowly but hopefully, surely and gradually restore the nation to some sort of basic health. He would then create a platform where sensible intelligent responsible governments follow him in the future. They can build on what he started and perhaps transform South Africa into a happier more prosperous and less unequal place than it is today.

So, you are obviously rooting for England this weekend or would there be a little bit of you that wants the Springboks to succeed again?

You still are rooting for them. That is amazing. Let’s see what happens and can we ask what can we expect out of the pen or camera of John Carlin in the future?

Well, what I do is I sell words for a living. And that’s all words in all kinds of different shapes and sizes. Sometimes in newspaper articles, sometimes in books, sometimes in speeches. And now I’m making documentary films and I’ve just finished doing a series for Amazon Prime called “This is football” and it is proving to be a springboard. I think am going to do quite a lot more in the field of documentaries.