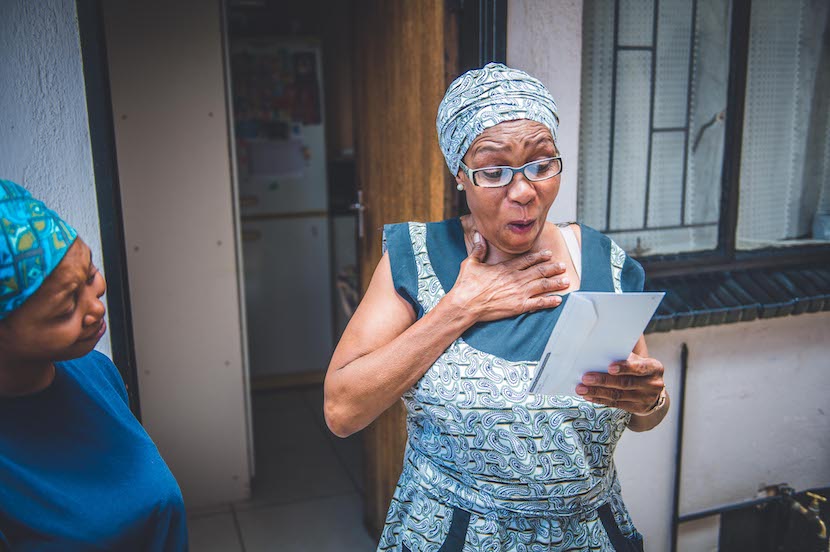 The Rupert Family handed out full freehold title deeds to 70 residents of Aberdeen in the Karoo in November this year and a further 326 title deeds have been sponsored in Stellenbosch by Johan Rupert and his wife Gaynor. It represents land reform, not enforced by government but out of a sense that the wrongs of the past should be addressed by the private sector. Investec has since announced that it has cancelled the mortgage bonds registered over 3,600 properties in 14 townships in Gauteng and that the debt is being waived by the banker and asset manager. Danni Dixon, head of Marketing for Investec SA, told Biznews that most of the bond holders were elderly people. – Linda van Tilburg

It looks like Investec has been playing Father Christmas with title deeds? Tell us about that?

Thank you. We have; it’s been perfectly timed as an early Christmas gift. We had an opportunity that came through a legacy deal from a few years ago where we were in possession of these 3,600 title deeds. And when we realised that it belonged to the poorest of poor; we made the immediate decision to rather transfer those title deeds to the owners and give them a debt free home. So, the time has arrived and in the last two weeks we have been giving these title deeds to these homeowners, these now fully paid up home-owners in 14 different townships around Gauteng. So, there’s 3,600 in total.

What is the total value of these title deeds?

Not really disclosing it, but each home is valued at about R80,000-R150,000. And you can do the maths for 3,600 homes. So, it’s a substantial amount of capital investment. And at our own cost and we also did all the mortgage bonds transfers.

How did the title deeds come into the possession of Investec?

It was part of a client structured deal that we had done a few years ago. And as I said earlier it was part of the collateral. And when the deal fell through; we then looked to the other assets. And this has been how this gift and opportunity arose.

Can you give us an idea who these people are; who is actually benefiting from this?

So, as I mentioned there’s 14 different townships in Gauteng and it is actually land that belonged to quite old people, like in their 60s and 70s. Some of the people have already deceased. So, it’s moved on to the next generations but it really is the poorest of poor; those that were paying, you know, R250 a month on a bond.

And what was their reaction?

At first it was absolute disbelief. When we knocked on their doors to give them their formal letters to invite them to, you know, to bring all their paperwork for them to get their title deeds; they thought we were debt collectors. So, in townships in November people start knocking on the doors as they get their bonuses. And there was that little bit of suspicion and then when they open up the letter and they see, “at no cost to you”; it is one of just joy. You know, they immediately celebrate with their neighbours and their families because it is an asset that will be passed down generation to generation. So it’s very special. 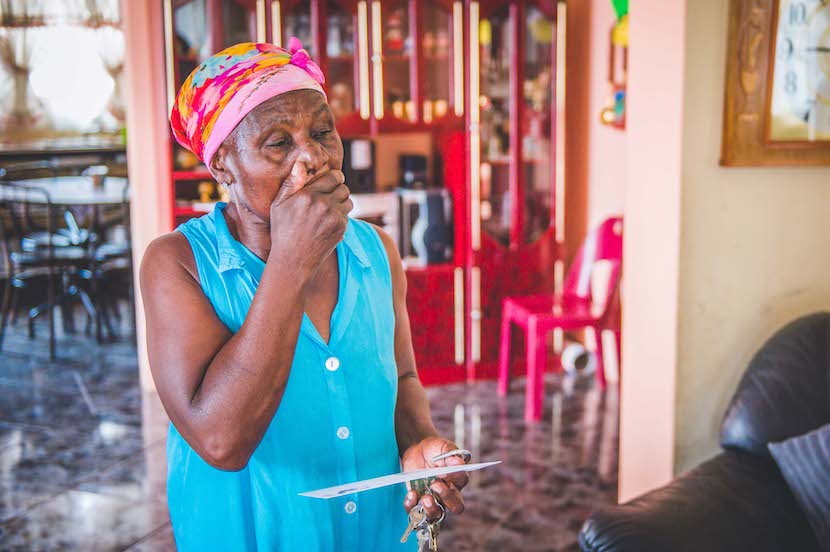 That was what I was thinking that they would actually be able to leave these houses to relatives and help a next generation out of poverty.

Yeah. And I think that’s been the biggest gift of all, the concept of being debt free. And the benefit of what they could do with this kind of asset. They could use it to lend, against opening a business or help with better education. Most of these, as I mentioned, are older people. And so the grandchildren are living in their homes; that’s what they all said; the relief of being able to leave this to their grandchildren. Well, we have a video with a lady called Betty Nene; we filmed her getting her letter, opening it, discussing you know, what it means to have this home now. It’s beautiful.

Well it also raises the question; are you now providing houses for South Africans?

Well it was a once-off opportunity for Investec. We do spend and invest millions into education. We’ve got a long history of doing maths and science and arts and critical thinking and the new skills development that we do believe will grow the economy. So, this once-off opportunity; I mean never say never. I think we’ve really realised the joy of this campaign. So yeah, who knows? 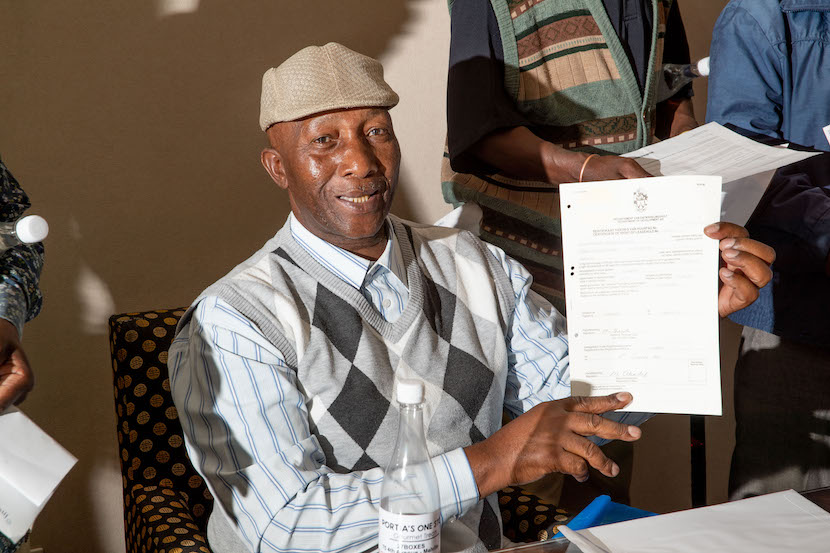 So generally, how does Investec see its corporate and social responsibility in South Africa?

I think we have the obligation and power as the private sector living in South Africa that we have the responsibility to do as much as we can. And like I said we’ve got a long history of doing that. We’re not only doing it in education. We do water projects in the townships. We do many, many things. And you know, I don’t think it’s ever enough. We had an event a few weeks ago with Richard Branson and Virgin Atlantic and he spoke about this concept of  ‘if every corporate took a circle and put it around a community and uplifts that community eventually those circles would unite and the whole country can be uplifted’. And it was such a beautiful concept. Everybody’s doing their bit, but if we collectively grouped it and we made that big impact; that goal of 2030 of really raising poverty – potentially that could start happening.

So, do you think South African companies are doing enough?

I think some astonishingly a lot. And I think there’s potentially room for more. I think we truly are humbled by the experience. And you know, we didn’t do it for our brand. We had this opportunity; we made the right choice in the moment to make the difference to these people that own these homes because as I said, we’ve got a long history of doing the right thing. And you know we have a value in the business that says we live in society and not off it and how can we help those societies thrive. So,  it’s lovely to see it’s come to life in so many ways.