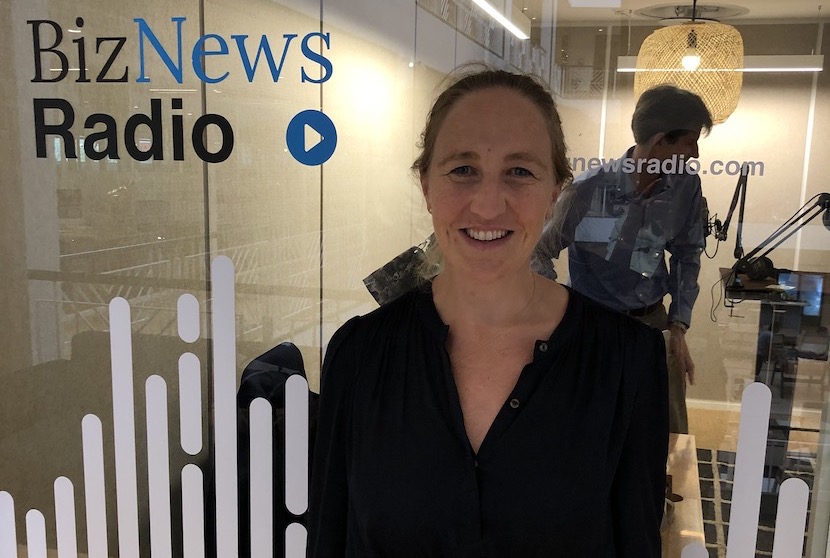 There are many people with good or even genius ideas, but to transform that idea into a successful venture takes more than a couple of scribbles on a napkin. Even if one has built a prototype spaceship in their back yard, there’s no guarantee that it will turn into a successful business. Only two of every ten venture capital firms turn into star companies. Most entrepreneurs battled in the early years to commercialise their ideas and to find financial backers. And this is where the entrepreneur incubator, Endeavor comes in, to help entrepreneurs turn their Big Ideas into viable businesses, which can also help to transform economies around the world. Endeavor Global was started in 1997 in the US and its South African branch was established in 2004. Managing Director Alison Collier spoke to Biznews editor-in-chief Alec Hogg. – Linda van Tilburg

That have lived experiences from different value systems and in corporate cultures.

Yes, precisely. One thing that I would say they do;  there is a combination of building individuals up from university, and training them but then also for some of their market expansions where they’re meaning to grow and expand into international markets. They do typically have someone who knows that market really well but there’s always someone that’s sent from the HQ of that team that goes out to build the culture.

It’s all about culture. That’s interesting and you’ve had incredible success if your publicity material is anything to go by. Those 26 entrepreneurs, how have you helped them?

So, those 26 entrepreneurs that we work with here in South Africa, specifically, just to give everyone a sense of the size of these entrepreneurs. It’s medium-sized entrepreneurs, so their average revenue is around R200m per year and it spans from maybe the smaller ones (R50m) and the larger ones (above R750m). So, how we help those teams? It’s really three different ways. One is access to capital, so access to capital here in South Africa but really, these are businesses that are expanding internationally so it’s primarily linking them up with the right VC’s in the international markets, strategically to help them grow. The second is on access to those markets, so across Endeavour, we’ve got a wonderful mentor base both here in South Africa and internationally. So, you get connected up to the right individuals – the business leaders – in those markets where you’re looking to expand to, to help you with whatever it is you’re needing to grow your particular business. The last item is talent, which you’re referring to; so, connecting to the right individuals so they can build their teams.

Read also: SA’s KFC entrepreneur Burt Gunning: How to build a business from zero to 41 stores

So, the connections which Hlelo was talking about a moment ago as well… And Adrian Gore from Discovery, one of our great entrepreneurs in South Africa. He’s been quite involved in Endeavor over the years.

Yes, absolutely. The one thing that Endeavor…it’s really phenomenal, the amount of pro bono mentoring that comes from senior business leaders.  So the team or the board that initially set up and developed in South Africa was led by Adrian Gore, Paul Harris, David Frankel, Isaac Shongwe, and now we’re very fortunate on the board Herman Bosman, who has taken over from Adrian Gore, Barry Swarzberg is there from Discovery and a number of the other CEO’s from the leading businesses here in South Africa and entrepreneurs.

Why do they do it?

How do you pick the entrepreneurs that you support?

Well, it’s a bit of a self-selection process. Entrepreneurs put up their hands to join Endeavor and then there’s a six to nine month selection process (or more like review) that goes on.  So; there are various mentors that are chosen to…actually, the entrepreneur already chooses together with us to provide them mentoring advice to help them grow their business and those mentors come in the form of someone with an investment hat on, someone who knows that industry – so, from their particular industry. And then, an entrepreneur who’s successfully grown a business in new territory that they’re expanding to or else in that specific, same industry. Entrepreneurs: the minimum revenue that you need to have is about R10m you need to have when you join Endeavour but typically, the businesses are far bigger – more like R50m. It’s industry -agnostic. The business needs to have a strong, unique service offering or product proposition that they’re looking to take to scale across South Africa or internationally.  Then I want to say that one of the most important pieces is that the business is founder-led and the founder is really keen to give back to the future generation of entrepreneurs. So, once they’ve formed part of the network and they’ve successfully expanded their team, then they really freely give back to entrepreneurial networks.

MUST READ! Entrepreneurs can teach us how to make family relationships work

More than 4,500 jobs created in the last three years.

Yes. I want to say that we looked at the numbers early on in January. We call it our impact data report and the amount of jobs that these 26 entrepreneurs have generated over the last 2 years is 4,500 and that growth is a 29% growth.

What’s happening with their revenue?

That’s growing at 27% and what for me is really interesting, is these businesses are primarily tech businesses. So the natural reaction is that tech businesses don’t create that many jobs. Well, 29% was the annual increase in jobs vs 27% in annual revenue. It’s really heart-warming to see the amount of effort that goes into building these businesses. It’s phenomenal but they’re led by very strong entrepreneurs, so there’s no surprise.