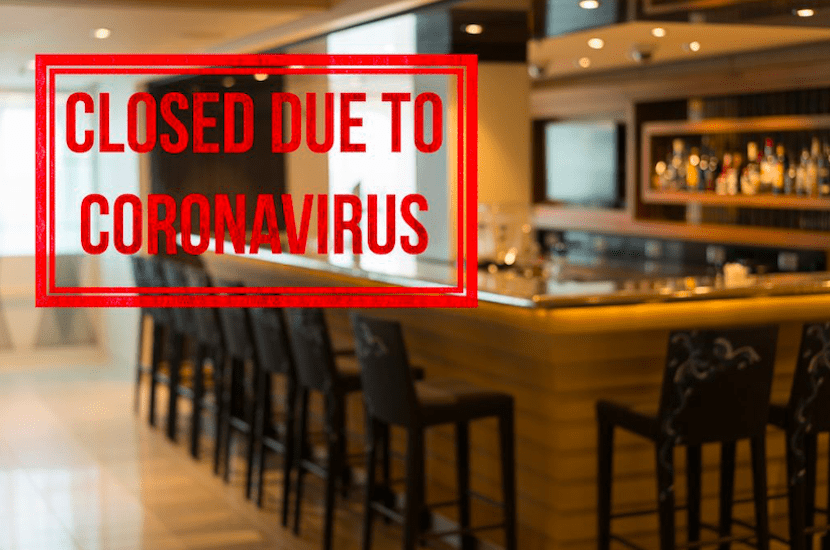 The national lockdown declared to curb the spread of Covid-19 among South Africans has caused the closure of hundreds of businesses and destroyed the livelihoods of millions of South Africans. What looked like a fading last hope for some businesses to keep their doors open – claiming for business interruption from their insurers on policies they’ve been paying contributions to for years – has been given new life by a court victory in a typical David vs Goliath fight between a small Cape Town restaurant and a leading insurer. Insurance Claims Africa which is championing the cause of 500 businesses in the tourism and hospitality sector in their battle to get large insurers to pay up for business interruption has described the ruling by Cape High Court Judge Andre le Grange as precedent setting and a significant win. – Fadia Salie

In a typical David vs Goliath court battle, a small Cape Town restaurant Café Chameleon triumphed against Guardrisk Insurance, part of insurance giant Momentum Metropolitan Holdings, when Western Cape High Court Judge Andre le Grange ruled that the insurer is liable for any losses suffered since 27 March 2020 as a result of the Covid-19 outbreak and the subsequent lockdown.

The restaurant, like many other businesses, was facing an uphill battle against its insurer to honour its business interruption claims on a policy it took out in 2007 and renewed and extended annually since.

In its application before the court Café Chameleon put forward its financial distress as a reason for its urgency, as well as the imminent danger that the policy would cease if the restaurant is liquidated.

Despite being unable to afford its monthly wage bill of R165,000, Café Chameleon says in court papers it paid its staff in full for March and, from its own pocket, the owner paid up to 30% of the salaries of 16 employees in April after the Unemployment Insurance Fund made payment on account of only 25 employees in terms of the Covid-19 Temporary Employer/Employee Relief Scheme (TERS) benefit.

Café Chameleon argued that its sole owner has exhausted his own personal funds and will be unable to further assist the business and its employees.

At the heart of the insurers’ argument to renege on their contracts is that the business interruption was not caused by the pandemic, but by the government’s lockdown regulations.

According to Café Chameleon, Guardrisk is able to engineer a significant saving for itself by simply waiting a few months in order for the business to fail.

In turn, Guardrisk argued that there is no causal link between the lockdown regulations and the Infectious Disease Extension (IDE) and therefore Café  Chameleon’s loss, if any, is not insured under the IDE clause in the policy.

Insurance Claims Africa CEO Ryan Woolley told Alec Hogg in an explosive podcast the insurers have smart lawyers on their side that are trying to get them out of their liability. “Essentially, they just didn’t do the maths on what this would cost.”

He said insurers are “putting words into the intention and meaning but when you read the plain words on the contracts, it’s undeniable what these policies were there to cover. If you’re insuring a notifiable or contagious infectious disease, you’re contemplating the fact that the government is going to intervene, that they are going to be quarantine measures.”

Judge Le Grange ruled that the Covid-19 outbreak in South Africa resulted in the lockdown and ordered Guardrisk to pay the losses Café Chameleon was able to calculate and quantify as well as the its legal costs.

Guardrisk were granted five days to appeal the judgment.

ICA is a specialist public loss adjustment firm championing the cause of 500 businesses in the tourism and hospitality sector in their battle to get large insurers to pay out on Business Interruption insurance claims. Thus far, insurers have been rejecting claims, even though they have extension cover for infectious and notifiable diseases, saying that these policies were never meant to cover pandemics.

“This is a significant win for the tourism and hospitality sector. While there is no doubt that this is precedent setting, we expect the judgment to be appealed, so it is still a long way from payment. Of critical importance, is the fact that Judge Andre le Grange rejected the insurers’ argument that the losses suffered by the claimant was due to the lockdown, and not the Covid-19 pandemic,” says Ryan Woolley, CEO of Insurance Claims Africa.

Insurers, in rejecting their customers’ claims, have alleged that government regulations in respect of the lockdown are the cause of the loss, and not Covid-19.

“This argument has never made any sense, as the insurers chose to insure a notifiable disease which would have contemplated government intervention and restrictions or quarantine. It is clear that without Covid-19, there would be no lockdown, so to attempt to separate the two is nothing short of disingenuous,” says Woolley.

Business Interruption (BI) insurance exists to help companies survive following an unanticipated event. There are generally two types of BI insurance: a basic policy which requires physical damage to the business premises in order to trigger a claim, and a Tourism/Hospitality policy that contains a specific extension that includes interruption by infectious or contagious notifiable disease.

The Tourism and Hospitality sector sustains over 740 000 direct and 1.5 million indirect jobs and contributes 8.6% to the GDP. According to the Tourism Business Council of South Africa (TBCSA), tourism also adds roughly R206.5-billion to the supply chain annually, feeding vehicle manufacture, agriculture, fuel, textiles, furniture, security, marketing and other sectors.

It is also the lifeblood for many micro and small enterprises creating mass employment opportunities for men, women and youth across the country.