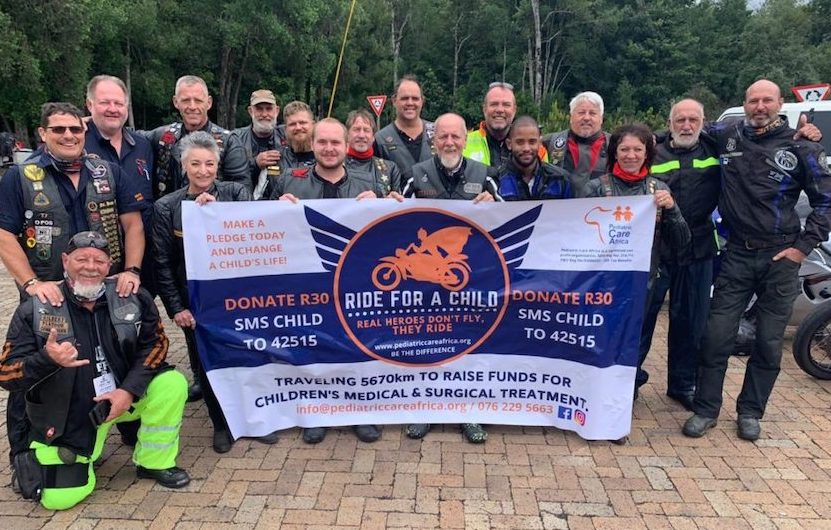 Dr André Hattingh was born and raised in Koster, a small town in the North West province. He ended up training as a neurosurgeon in America before living in Europe for a number of  years. But an earlier experience as a young surgeon in Rwanda during the genocide prompted him to return to Africa and eventually to White River in South Africa where he started the non-profit organisation Pediatric Care Africa. Before this, he took a route through Africa, where he designed and built hospitals in a number of countries including Malawi, Zambia and the Democratic Republic of the Congo.  Pediatric Care Africa’s main aim is to ensure that underprivileged children receive the medical care they need, but after they were inundated with requests for food, they started to feed 500 families as well. Dr Hatting is a doctor who likes the golden sunlight of the African continent, has an ever-expanding list of challenges he tackles and who believes somebody needs to stand up for Africa’s children. – Linda van Tilburg

There were so many things Dr André Hattingh liked about Africa, its wild animals and golden light. He retired in his mid-fifties and decided to keep a promise he made to himself years earlier while working as a volunteer in Rwanda during the genocide, that he would return to the continent. “Officially about 970 000 people were killed and about 86 000 children. The reality is, it is four or five times more. So, we are looking at lots and lots of children.”  He told the gruesome detail of how during the genocide, youngsters eventually did not bother killing people with their pangas anymore, so they resorted to cutting off the nipples of breast-feeding mothers, so that the babies would starve and that the mothers would die of infection.

“When I saw that I made a promise that one day when my house is paid, when my children have gone through university and my beard is grey, I will definitely do something for children because I feel that the government bullies them and let them down, the parents do and Mother Nature is not always so kind to them and they never have a legal voice or anybody to speak for them.  I made the promise about twenty years ago and three years ago; it was time.”

Dr Hattingh said you couldn’t start a non-governmental organisation like his if he were in his seventies as he needed the energy to be able to respond to disasters like the recent cyclone in Mozambique. “We are the search and recovery team. We are the surgeons; we are the person that brings the food and the blankets…so you can’t do this at 78.”  Pediatric Care Africa has a number of programmes, but its priority was to treat children who parents could pay for qualified private doctors. They paid for the x-rays, treatment and medication. “We have a 15-year programme called ‘A Thousand Surgeries for a Thousand Children’, 800 of these would happen in South Africa and the other in other African countries.” 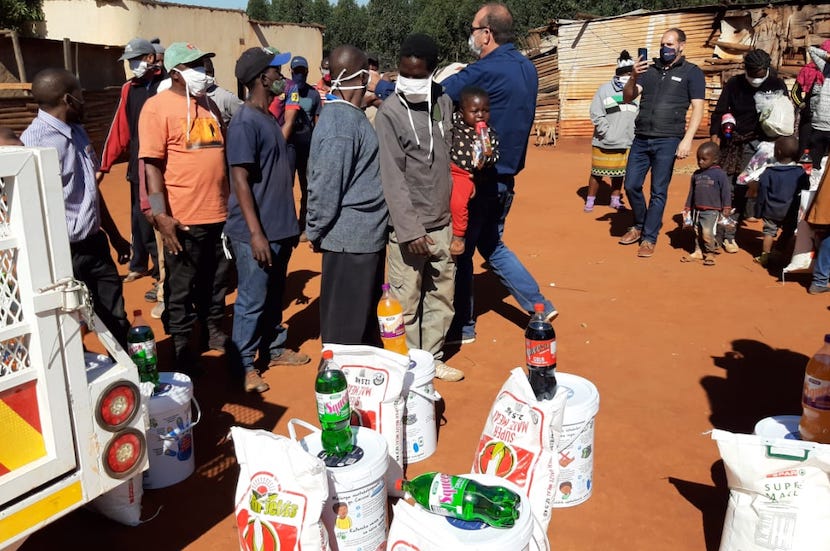 The charity also fed children who had been abandoned by their parents and whose growth had been stunted, with special food. Before the Covid-19 pandemic, this involved about 350 children a month, but since the pandemic that programme had been expanded to feed adults as well. “We fed 500 families twice a month, that is about 2500 people and we dished out 80 tonnes of meals during. That is unusual, it is not our normal thing. We are not a feeding organisation; it is just for Covid.” This programme would now be phased out as the lockdown in South Africa was lowered to Level 1.

The charity also responded to disasters elsewhere on the continent and tried to help children, whom Dr Hattingh described as the people who suffered the most during disasters. “If parents die…their houses are stripped away, they are left by themselves, they can’t fend for themselves.” During the cyclone Idai in Mozambique in March 2019 when thousands of people were left without food and shelter, Pediatric Care Africa arrived three days after the cyclone in the country, to help with rescue efforts. “We were in Chimoio and Chopi, I personally did 16 surgeries in Chimoio and we handed out thousand doses of cholera medication, 30 tons of food blankets, mosquito nets and all the things people need.  So, when there is a disaster, we respond to it. We are a small team, so we don’t have red tape. We get into our vehicle and we go, cheaply.”

Dr Hattingh said he modelled Pediatric Care Africa on Medicine Sans Frontiers (Doctors Without Borders). He thought they were one of the best non-governmental organisations. “I have seen them throughout Africa. A lot of my ideas are based on their principles. In surgeries in Africa, in the bush, the rebels are fighting, bullets everywhere, but if you look up, there is a guy from Doctors Without Borders doing a surgery with you. I have great respect for them.”

He travelled to many places in Africa, including Zambia, which he says is “a very, very nice country” and advised people to visit it. One of the unexpected outcomes of his work throughout Africa was that he ended up designing and building hospitals, including a project with former Democratic Republic of Congo President Laurent Kabila. The last one I built was a hospital in Kisangani, which is right on the equator.”

“Everything in life happens by accident. At the time, I was working for a huge company called Glencore, I was their Medical Director and they had to build a hospital in the Congo as part of their Giving back to the Community Projects.” The architect needed help and Dr Hattingh ended up taking over the design. “The Big Boss of Glencore said, doc can you do this, and I said, off course, it is not that difficult. They fired the architect and I started designing and building hospitals. That’s how it happened.”

The charity – led by Dr Hattingh on a Harley Davidson – embarked on two bike rides though South Africa every year to raise money for the charity. The longest ride was 6800 kilometres “all around the extremities of South Africa and the idea is to show solidarity for children in South Africa by drawing a line around them. So, we visit the most northern, southern, western and eastern points of South Africa. “They also undertook a shorter ride, the inter-city ride to the bigger cities including, Johannesburg, Pretoria and Alberton. 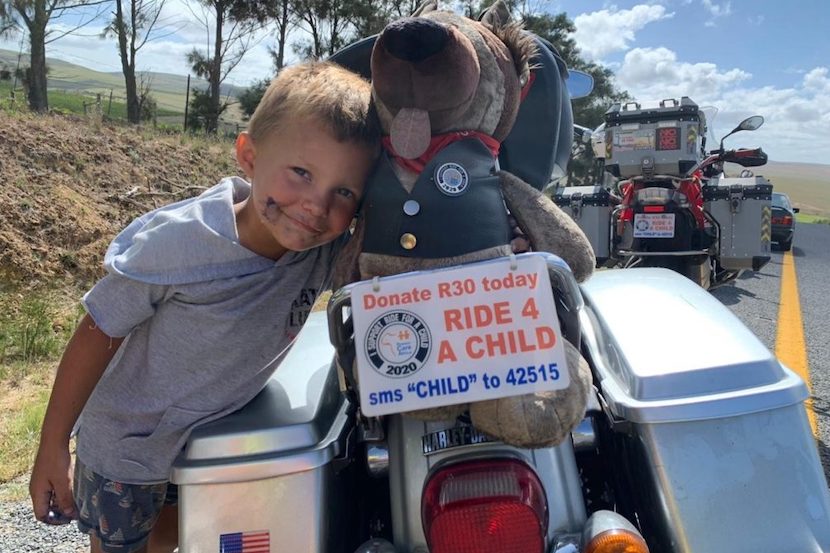 To raise money for children’s surgeries and show solidarity with children affect by farm murders, Dr Hattingh would soon join another ride on a tractor, a role he believed would suit him as “I look like a farmer.”

The passion to help children came from his volunteering in Rwanda. “I realised that the children are the victims of so many circumstances and people and they are completely innocent. They can’t speak for themselves. A two-year old can’t speak for themselves,  even a six-year old can’t explain the problem to you, the best they can do is to cry, but I can talk on their behalf and I will continue to do so. If you don’t look after them and we don’t make sure they are taken care of, you can have a delinquent group of people that will never be able to look after themselves. That is a great concern to most doctors. If we don’t feed a child, he won’t develop mentally or physically, and he will never become a productive member of society.”

Dr Hatting said the level of malnutrition during the Covid-19 pandemic was the worst he had seen in South Africa. 9-million children who were fed by school feeding programmes did not receive any food. “It completely disappeared off the face of the earth. So, millions of children were basically deprived from the only meal that they actually had. For at least two, two and a half months, children were left with no feeding and that is why we and a lot of NGOs like ourselves had to start feeding these children. They were starved, they do not develop and if you don’t assist the family, the father could turn to crime. If my child of one year old was dying of hunger; I am likely to go and steal your lawn mower as well.”

Calls to Pediatric Care Africa had increased substantially during the Covid-19 pandemic and Dr Hatting said gender-based violence and violence towards children also escalated dramatically. “Our major concern is that people don’t have reasonable access to medical care in a state hospital and if they do have the medical care, it is definitely sub-standard.” Families reported that they waited for days and no doctor came to see them inside hospitals. He said it was unheard of that any specialists were available. “We get a lot of calls from desperate mothers asking us for help even though the child is already in a government hospital, which is not the way a child should be treated. And then, off course we can’t interfere in the government hospital and we can’t go and fetch the child because it is illegal and immoral.” Only once a child had  been discharged, could Dr Hattingh and his team step in to take a child to a private doctor and hospital. 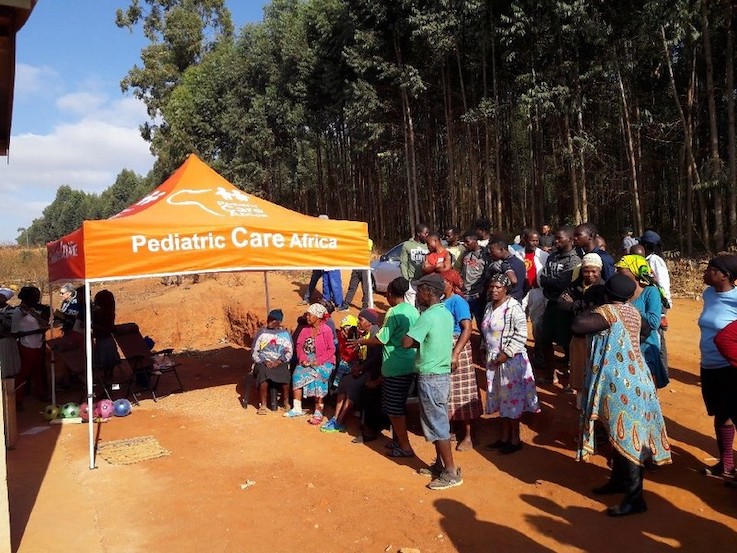 A worrying trend that Dr Hattingh picked up was that international donors had become reluctant to donate money to South African charities as they were worried about corruption. “We have developed a reputation for crime and corruption. We have a trust issue as far as foreign donors are concerned.” He said the foreign donors did not feel comfortable sending money to South Africa.

However, he said in South Africa, companies like Spar and Pick ‘n Pay, “they are giving generously”. He said this was perhaps not in the same quantities as in the beginning of the pandemic, “but they certainly haven’t stopped giving or caring.” He said he was concerned that he was battling to get donations from overseas. “The guy in the US does not know I am a good guy; they just know I am from South Africa.”