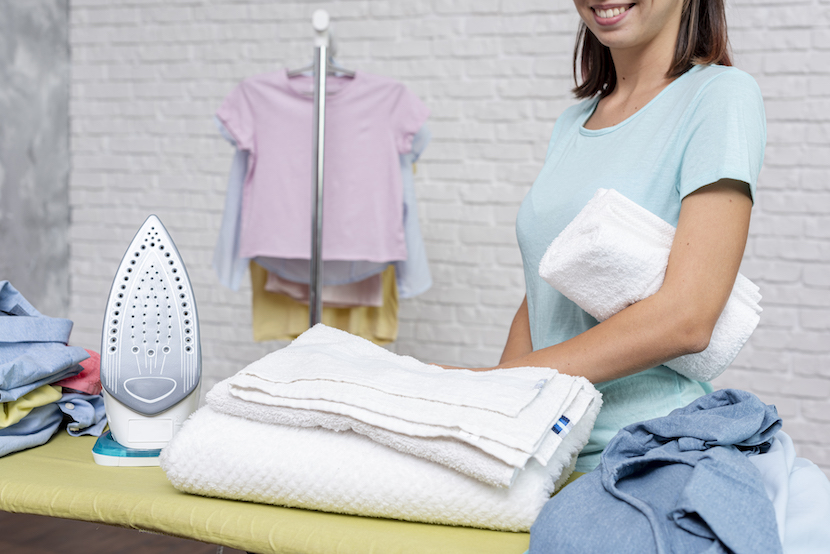 Over the centuries, the human race has come up with a few sports that may cause you to pause, frown, and ask, “but why?” One of these is the famous cheese-rolling race that takes place on Cooper’s Hill, near Gloucester in England. Participants chase after a round of Double Gloucester cheese which is sent rolling down a particularly steep hill. It doesn’t sound very ‘extreme’ and yet every year brings a new set of serious injuries for both participants and spectators, from missing teeth to broken limbs. Another bizarre sport that takes place internationally is Extreme Ironing. As Amanda Jones explains, if you wish to combine your desire to push yourself physically with your love of well-pressed garments, then Extreme Ironing may be the sport for you. This article first appeared on FirstRand Perspectives. – Claire Badenhorst

Air-guitar, hobby horsing, bunny jumping, curling… there are tonnes of sports that do not get their due. If you are looking to combine a love of white goods and extreme challenges, then Extreme Ironing may be for you. It has been around for 41 years – with international competitors, corporate sponsors, and all the intrigue, scandal and drama associated with any respectable sporting endeavour.

At any given event, one is likely to see 100 athletes from 13 nations competing. The United Kingdom. Germany. Austria. Australia. South Africa. Sweden. From the sides of cliffs to the peaks of snowy mountains, underwater, while parachuting, on frozen lakes, Extreme Ironing is actually a thing.

Combine your desire to push yourself to your very physical and psychological limits with a love of meticulously crease-free materials, and you may have found your home.

The origins may not be lost to the murky mists of history, but there is some controversy. The sport did not begin in 1997 in Leicester, as first asserted to the media, but far earlier in 1980 in the Yorkshire Dales.

Its first international championship was held in 2003 in Munich. The event remains perhaps the most accurate reflection of what Extreme Ironing is all about – the physicality, the technical skills, the intrigue.

A proudly British invention, three teams departed from the UK, well aware that they could not afford yet another British sport dominated by foreigners. As soon as the flights began departing from London, it was clear that the Germans were stacking the odds in their favour. Pre-heated German irons were to be used in all the events – a rule change at the last minute. Corporate sponsors Dash and Rowenta were there, with product, material and moral support, welcoming competing athletes from around the globe.

Even before the event, the British effort was marred by a splinter group deciding that Extreme Ironing was no longer the only sport they liked… they wanted to add Extreme Vacuum Cleaning, but that’s just ridiculous. Where this group is today is anyone’s guess – but sense prevailed and Extreme Ironing remains an international sport.

Five gruelling events were put to the athletes – Water, Forest, Rocky, Urban and Freestyle. The variety of the practice made it clear that this was more than simply some short-term stunt.

58 deaths a year of climbers in the French Alps. Do the 14,000 feet climb with an iron in your hand, an ironing board strapped to your back, and laundry. Precarious cliffs with gusts of wind. Your centre of balance completely altered by your luggage. Reach the peaks of the Red Needles and iron away – your performance judged not only by extremity but by the quality of your ironing.

Abseiling down the edge of a water tower, dangling from a safety rope that holds you and your ironing board, as well as the latest model professional iron. Try the rapids of a rain-swollen river – German physicality and technical skill threatening your chances. Or halfway up a tree, with the Austrians working neatly with climbing gear you could only dream of.

Ultimately, Britain prevailed at the event, with a bronze and Gold medal awarded to British teams. The Germans took Silver. Since that first international event – records continue to be set.

In 2003, the world altitude record for sport, any sport, when the Union Jack was ironed at 5,440 meters above sea level, just up from the Everest Base Camp. That same year, a team of South Africans received the Rowenta Trophy by ironing ACROSS a gorge at the Wolfberg Cracks. March 2008, 72 underwater ironists, a world record, improved upon by 173 Dutch diving ironists in 2012. Freedivers, marathon runners, extreme athletes – all have contributed to the development of the sport.

Extreme Ironing is not based on your connections, your wealth, or your training. In Extreme Ironing, a Coach is the bus that takes you to the event. All that matters is your creativity, your fitness, your endurance, your perseverance, your courage, and your ability to present freshly-pressed garments to the most exacting standards.

After the lockdowns around the globe are finally over, it would be high time for another international championship, so that extreme domestic athletes can meet internationally, and compete once more for dignity, honour, and the coveted gold medal.