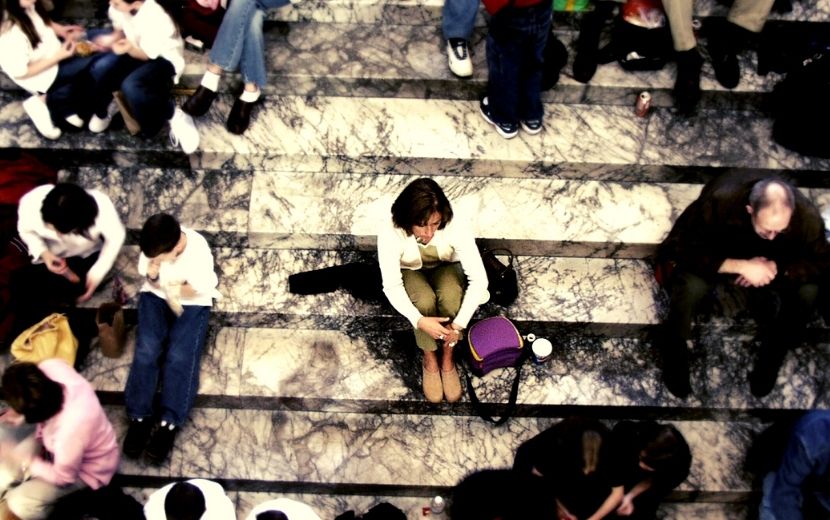 The parameters of what is considered to be ‘controversial’ have expanded. Exponentially. While more and more formerly absurd concepts are becoming acceptable and entrenched in society as norms – the scope of acceptable viewpoints and perspectives is decreasing. Here’s a blatant instance of this paradoxical and newfangled approach: Facebook, which now provides its users with 58 gender options, imposed a ban on all posts asserting that Covid-19 was man-made or manufactured – which it only ended last week as evidence that Covid-19 may, in fact, be of lab origin came to light. Academia and science cannot hope to reach new heights or break any ground if potential pioneers are either too afraid to be perceived as ‘controversial’ or censored when they are. This article first appeared on FirstRand Perspectives. – Nadya Swart

It is virtually impossible to make a non-ideological statement. Phrase an observation one way, and you are a Marxist Vegan ready to wipe the slate and history clean… say it another and you are the love child of Ronald Reagan and Ayn Rand. You do not need to be particularly political yourself – other people will be more than sufficiently political on your behalf. The way to survive is to not say anything controversial. Sometimes words are censored. Sometimes thoughts are. And occasionally, certain areas of conversation simply becomes off limits.

A recent cautionary academic scandal is instructive in this regard – in that taking a position on it makes you sound automatically like you are pushing an ideology. Even if the case in question does not really concern itself with any one ideology, but rather, provides an interesting window into how ideology itself operates.

You may agree with some of the scholars that the hoax was akin to ‘hit pieces’ – or with the other illustrious names that dub it ‘hilarious and revealing’. Again, to avoid any ideological posturing myself, I’ll confine my coverage of the whole affair to just the facts.

In June of 2017, three American professors, Helen Pluckrose, Peter Boghossian and James Lindsay spent a year trying to get farcical papers published in Academic Journals in the cultural, queer, race, gender, fat and sexuality studies fields. They wrote twenty. Six were rejected, seven were accepted – and another seven were under consideration when the project was exposed. One of the studies won special recognition – honou red as ‘exceptional scholarship’.

Now – before we get into the papers themselves, when discovered, the three academics explained the point of their endeavor. They said to a British magazine that they wanted to “highlight a growing disregard for evidence and objectivity in academic papers in favor of emotionally resonant narratives, the use of popular buzzwords like ‘toxic masculinity’ or ‘white fragility’”.

I will not debate, or take a position, on the drawbacks and benefits of such pranks – whether perpetrated on academics or journalists. Anyone can fall victim to it, regardless of how thorough the processes. I will also not get into the discussions of the ethics of such pranks, or what they prove. But it is important to understand that ideas enter the mainstream regardless of whether they are tested, verified, or not. This case is merely the latest to illustrates the point.

A Google exercise will reveal more details than can be given in one article… but I feel it is important to summarize some of the arguments made by the papers they managed to publish.

In one study, “Human reactions to rape culture and queer performativity at urban dog parks in Portland, Oregon” – they claimed that dogs humping in the park was evidence that people accepted rape culture.

The original reviewers, incidentally, were concerned that the dogs’ privacy may not have been respected.

In another, they used Mary Shelley’s ‘Frankenstein’ and Lacanian psychotherapy to warn of the danger of super-intelligent AI being ‘masculinist’ and ‘imperialist’ – being programmed by men, after all.

They argued for the introduction of a category for ‘fat bodybuilding’ into the professional sport of bodybuilding. They argued that Feminist and Queer Astrology should be considered for inclusion in Astronomy. They had a whole range of similar theories. But the kicker must have been when a Feminist Social journal published their feminist re-write of a chapter from ‘Mein Kampf’.

What does it say that topics like this get a pass from academic rigour – or worse yet – survive academic scrutiny? Does it reveal anything about our culture? If we object to the incident(s), does it confirm that we are alt right fascists with no shred of empathy for anyone? Does it matter that this wasn’t the first hoax of its kind (see Alan Sokal, 1996)?

Perhaps the real danger is that babies get thrown out with bathwater – and that vitally important work does not get done? It is dangerous when ‘academic’ discussions and vocabulary cannot be taken as an indication of validity. The word ‘privilege’ – and all its iterations and implications – for example, stems from one study in 1988 published by Wesleyan University. It had the words ‘a personal account’ in the title.

Is it okay to disregard the scientific method and process, empiricism, reproducibility, and at the very least battle-testing, ideas before we consider ourselves enlightened for including the correct words in our conversations? Does ideology trump reality?

But if nothing else, perhaps we could get rid of that tone and sense of righteous smugness that often accompanies conversations with ‘the learned people’ about these issues.

Fact based world views are important. Eventually, humanity, even the non-academic ones, instinctively use Hitchens’ Razor: ‘What can be asserted without evidence, can be dismissed without evidence.’ It would be sad to lose social progress because its proponents have overextended.