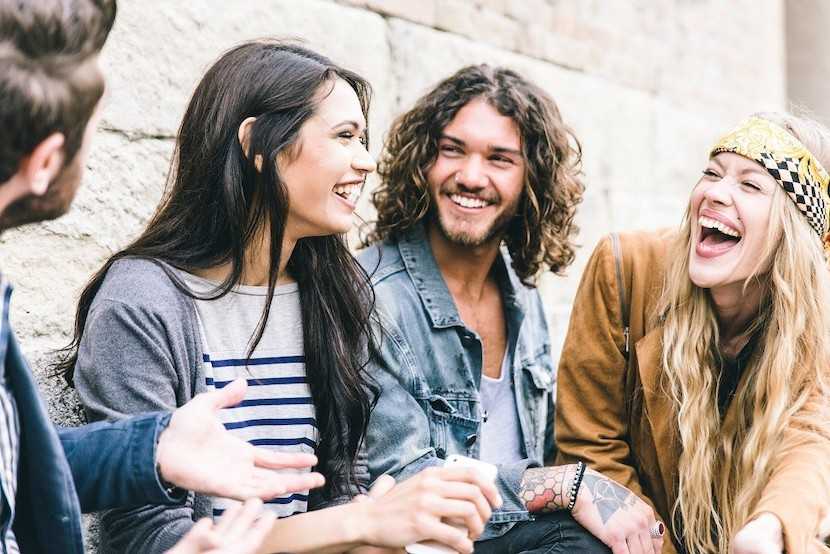 According to SADAG, one in four South African university students will be diagnosed with depression and half of all mental health conditions start at 14 years of age – but what’s causing it? The term ‘snowflake generation’ was coined following the release of Chuck Palahniuk’s book ‘Fight Club’. It’s even been added to the Oxford English Dictionary and is used to refer to Millennials as individuals “deemed too emotionally vulnerable to cope with views that challenge their own, particularly in universities and other forums once known for robust debate.” Nicole Wills looks at what has made today’s youth “overly sensitive” and how they compare with generations past. This article first appeared on FirstRand Perspectives. – Claire Badenhorst

How resilient is today’s youth compared to the youth of 100 years ago?

“You are not special. You’re not a beautiful and unique snowflake. You’re the same decaying organic matter as everything else.”

Taken from the 1996 book, and subsequent 1999 film, Fight Club, this quote has found its way into today’s discourse as a less-complimentary description for the generation also known as Millennials.

Chuck Palahniuk, author of Fight Club, who is credited with coining the term in this context, says that this generation has created a new sense of Victorianism. They are “overly sensitive and think that the world revolves around them”.

“Every generation gets offended by different things but my friends who teach in high school tell me that their students are very easily offended.”

The term ‘snowflake generation’ has caught on, it was recognised as one of Collins Dictionary’s 2016 words of the year, and was officially added to the Oxford English Dictionary in January 2018. The Financial Times also included ‘snowflake’ in their Year in a Word list and defined it as:

“A derogatory term for someone deemed too emotionally vulnerable to cope with views that challenge their own, particularly in universities and other forums once known for robust debate.”

What are the Academic Consequences of Snowflake-ism?

Research suggests that the Millennial (snowflake) Generation is twice as aware of mental health issues as the Baby Boomer generation was, yet far less resilient.

This is especially evident in the world of education, where teachers are now concerned that institutions of higher learning are dumbing themselves down so that they do not place too many demands upon their students, causing too much emotional turmoil.

In 1960, the average student grade in the developed world was a C because, well, it is average. The average grade now is an A. It would be nice to believe that each generation becomes more astute than the one before, but this is evidently a result of schools lowering their standards because “many adults feel that they (students) can’t handle the harsh reality of a C”.

In 2015, The Chronicle of Higher Education published a report called “An Epidemic of Anguish”, which found that one quarter of college students have a diagnosable mental illness, the most pervasive of these being anxiety and depression. The suicide rates amongst students is three times higher than it was in 1950.

This report indicates that students are afraid to fail, they deem failure as catastrophic as opposed to a normal part of life’s learning. As a result of this, teachers feel that they need to spend more time handholding.

Academic Claire Fox, head of the Institute of Ideas Thinktank, wrote that this generation has an “almost belligerent sense of entitlement”. She said: “They assume their emotional suffering takes precedence. Express a view they disagree with and you must immediately recant and apologise.”

Take this reputation into the workplace and it reflects in recruitment practices too. In 2017, a US company recruiting new staff created the ‘snowflake job test’ in order to “weed out those with a sense of entitlement”. Those who had passed the online test qualified for an interview.

What is the cause of this pervasive anguish?

A lot has been written about the phenomenon of helicopter parenting. The generation of never-let-go parents who constantly hover and with the best of intentions, and a myriad parenting advice books and blogs, have stunted their children’s abilities to develop creative ways of finding their own solutions.

Parents who solve their children’s problems are clearly not helping them grow their own problem-solving skills, and by doing everything for their children, the non-verbal message is that ‘you can’t do it well enough yourself.’

And we wonder why students can’t solve problems without the handholding help of an adult.

The intention to build self-esteem and achieving the opposite has resulted in a mental health crisis where more younger people are more medicated than ever before.

Johannesburg-based counselling and sports psychologist Martin Scheepers says: “We are not teaching our children about failure and disappointment. Failure, disappointment, and healthy competition teach us valuable life lessons in bouncing back, working harder, and resilience. They teach us to appreciate the concept of achievement and success in a way that has not been handed to us but something that we have worked for. Achievement must have some cost and some meaning.”

Maybe we can also blame society?

Millennials are the poorest generation in the last century growing up through the global financial crisis, an insecure work climate, and rising debt.

This generation is also characterised by the Boomerang phenomenon, which sees a higher percentage than previous generations of young people moving back to their parents’ home once completing their studies, in most cases due to student loan debt and not being financially independent.

How life has changed for Americans aged 25 to 34

Coupled with mounting financial pressure, this generation faces the threat of terrorism, political instability, climate change, and the pressure of having to display their perfect lives on social media.

Maybe previous generations should take some blame too?

87-year-old English author, Fay Weldon, who recently published her latest novel, After The Peace, about the life of a young woman born at the beginning of the millennium, says that older generations owe an apology to, and should stop “mocking the snowflake generation”. She says that they feel lied to, they were told that they too could have great jobs, nice homes, families, a comfortable pension, and annual holidays. None of this is true for them. Culminating in what she calls the “ghastly mental health issues affecting this generation.”

She adds, “Past generations now stand for everything they can’t look forward to. Secure jobs, pensions, houses of their own. We are the guilty ones.”

Who is to blame? And who will start to fix this?