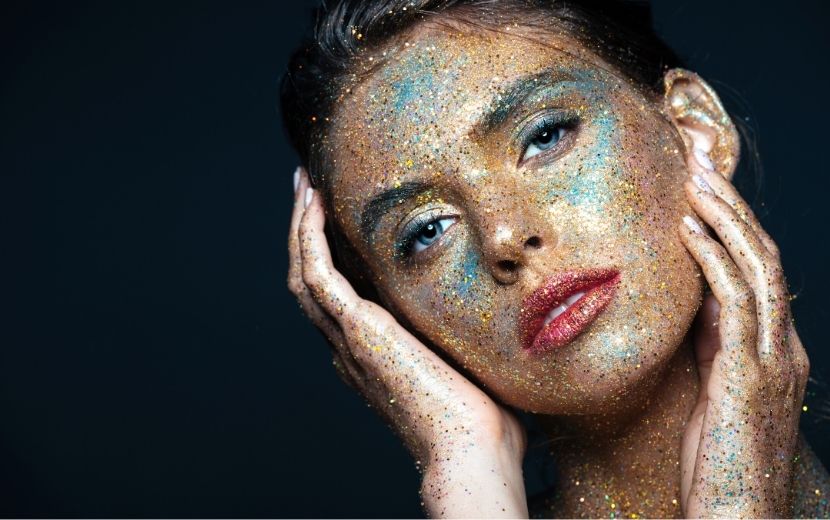 According to a recent report from Allied Market Research, the global cosmetics industry generated $380.2bn in 2019, and is expected to reach $463.5bn by 2027 – witnessing a CAGR (compound annual growth rate) of 5.3% from 2021 to 2027. This is quite astonishing, but not surprising. There is an inherent desire in most, if not all, of us to be more attractive – whether we realise it or not. The reason for this desire and the exorbitant worth of the cosmetics industry is because, as this article will show you, attractive people have certain distinct advantages in life. Referencing insightful sources – such as economist Daniel Hamermesh and Russian writer Leo Tolstoy – as well as credible academic studies, the article indicates that ‘pretty privilege is rooted in fundamental biology.’ There is, however – as is usually the case – a flip side. This article first appeared on FirstRand Perspectives. – Nadya Swart

The ugly truth about ‘pretty privilege’

In 1889, legendary Russian writer Leo Tolstoy said, “It is amazing how complete is the delusion that beauty is goodness” (Kreutzer Sonata). In 2013, a tweeter called @smethanie said, “I bet Ryan Gosling doesn’t even blow his candles out. He probably just winks at them and they faint.”

These thinkers, a century between them, are referring to ‘pretty privilege’: the association of beauty with talent, intelligence, social success, and health.

Personally, I wouldn’t know; I’m a 6 out of 10 on a good day. But people have actually studied this – the field is called ‘Pulchronomics’ – and they say that, “if someone is easy on the eyes, the enjoyment we derive from looking at them colours our perceptions of their other attributes” (Jadezweni, 2018).

This may start as early as pre-school, where cuter kids get more attention from their teachers and are expected to do well. With that attention come better grades, more confidence, and greater comfort with public display.

You’ll have seen in your own life how overall judgements about a person often inform our perception of their specific traits. This is called the ‘halo effect’.

Reyes (2015) explains further that, when we look at pretty privilege from a macrocosmic level, we find that it is interwoven with many aspects of our society. In our social circles, we can easily identify ‘the pretty one’, and we can recognise the privileges that he or she may be afforded as a result.

Yes, this is a very ‘high school’ type analysis, because one need only look at high school social groups to identify how pretty privilege works. All other things being equal, the pretty people tend to get certain advantages: popularity, sexual validation, social opportunity, and social attention.

That’s why everyone secretly (or not-so-secretly) hates the pretty girl.

And what does, she, the pretty girl, look like? Well, says Reyes (2015), she has a very mainstream and Euro-centric aesthetic, rooted largely in skin colour, a specific body shape, facial symmetry, and certain facial features.

The evolution of privilege

Reyes (2015) says that pretty privilege is rooted in fundamental biology. As sexual creatures, we’re trained to seek out attractive people because, in propagating our species, they offer something positive to the gene pool.

Anthropologist Helen Fisher (in Strossel & Mastropolo, 2006) explains that, “Natural selection has evolved all kinds of mechanisms in order to win.” Good looks are often a sign of health and fertility, so evolution has conditioned us to prefer them in a partner. “It’s survival of the fittest. If you have four children and I have no children, you live on and I die out,” she says.

From a biological perspective, then, attraction is a sign of genetic fitness. In this way, being attractive is good. But when we look at society as a whole, we have to ask ourselves: is physical attractiveness really valuable? It is, if you want to be rich.

Daniel Hamermesh is considered to be the godfather of the economic study of beauty (Tucker, 2012) and he and a colleague were the first scholars to track the effect of appearance on earning potential across a large sample of adults. Like many desirable commodities, “beauty is scarce,” Hamermesh says, “and that scarcity commands a price” (in Tucker, 2012).

Economists Markus Mobius and Tanya Rosenblat proved in 1994 that the “labor market sorts the best-looking people into occupations where their looks are productive.” In 2006, in a Harvard University study, they found that:

The pretty privilege even extends into professions that have nothing whatsoever to do with how you look. ‘Hot’ economics professors, designated by the number of chili peppers awarded on Ratemyprofessors.com, earn 6% more than members of their departments who are perceived to be ‘less hot’.

In general, a handsome man is poised to make 13% more during his career than a less attractive peer, says Hamermesh. Alarmingly, the net benefit is slightly less for pretty women, who “may make up the difference by trading on their looks to marry men with higher earning potential” (in Tucker, 2012).

And, if the current economic climate makes you feel uneasy about your career prospects, you should know that there are even studies that point to pretty people as more likely recruits during a recession (Goldberg, 2018).

In 2016 a study conducted at the Metropolitan State University of Denver, researchers had outside observers rate the physical attractiveness of tens of thousands of female students (Dauer, 2016).

On the flip side

Just before you show the finger to the next attractive person you see at the traffic lights, be aware of the ‘beauty penalty’, uncovered by researchers Rick Wilson and Catherine Eckel in Stossel and Mastropolo (2006).

The beauty penalty is a kind of backlash. People tend to have very high expectations of attractive people, so when they fail to live up to those expectations, they’re punished more harshly than un-pretty people.

A handsome waiter, for example, might get smaller tips. Wilson (2006) explains, “A good-looking server may provide extremely good service but not nearly the level you anticipate because of your expectations – you think that such a person ought to be providing you with fabulous service. As a consequence, you penalize him for not living up to your high expectations.”

More seriously, perhaps, the widely held beliefs that pretty people don’t suffer, aren’t mistreated, live the best lives, are always happy, and are mean, are examples of how society packs its own issues into the pretty person’s identity. When a pretty person experiences something unfortunate, they very rarely get sympathy because they’re “stuck up”, “entitled”, or worse, they somehow “deserved it”, says Dope Jane Doe (2017). Think about the response to Britney’s public meltdown in 2007, Rihanna’s experience of partner violence via Chris Brown in 2009, and Kim Kardashian’s robbery in Paris in 2017.

Either way, positive or negative, pretty privilege isn’t going anywhere. Too many people have a financial stake in making millions by selling us the promise that it can and should be attained – even by 6-out-of-10s like me.

Just ask Kylie Jenner, whose $900m fortune is, ultimately, the product of pouty bathroom-mirror selfies, a famous family, and some good marketing.